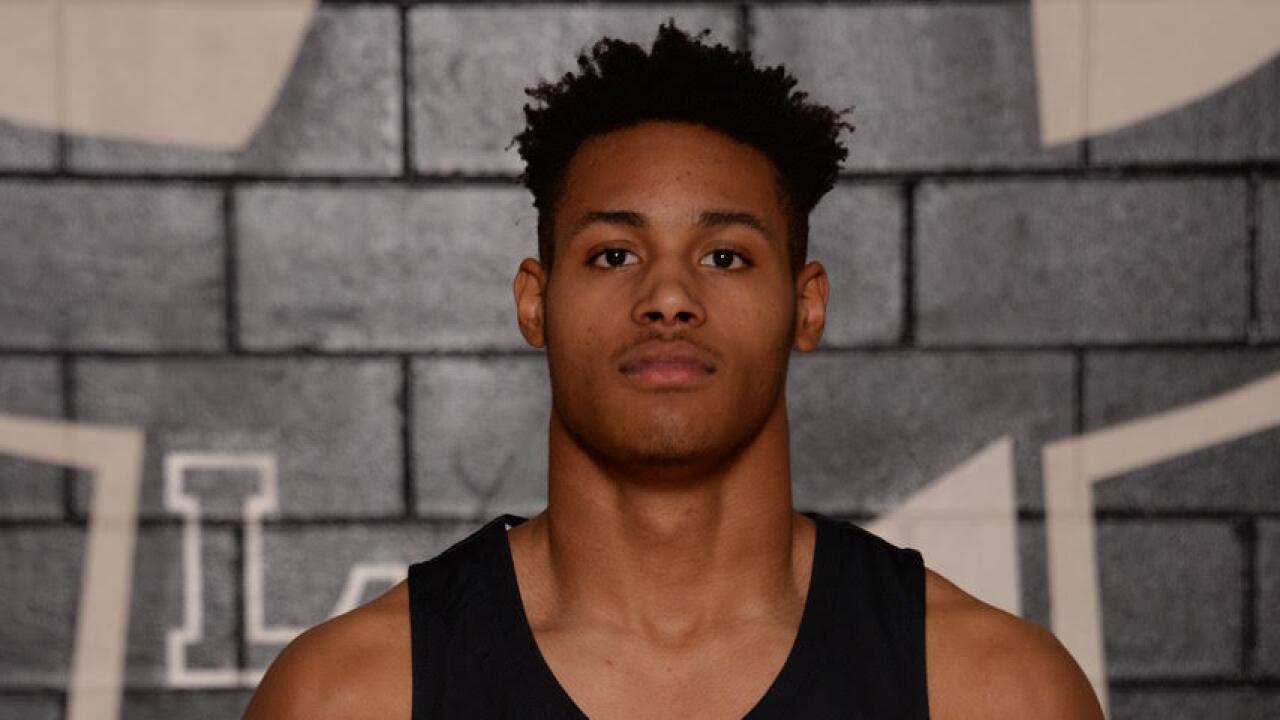 CINCINNATI — The Lakota East boys basketball team is 4-0 for the first time since the 2012-13 season.

Lakota East is also hopeful to have senior 6-foot-3-inch guard Kaden Fuhrmann back from a hip injury next week. Fuhrmann is expected to be one of the team’s top scorers this winter.

Johnson averages 26.5 points, 4.5 rebounds, 3.0 assists and 3.0 steals. Johnson, who has scholarship offers that include Kent State, Ohio University, Miami University and Youngstown State, is shooting 67.3 percent from the field (37 of 55).

Adkins said Johnson has emerged from a facilitator role last season to playing with the most confidence he’s ever had in high school in the motion offense.

A slasher who can finish at the rim, Johnson has really developed his outside game after he didn’t make a 3-pointer (0-for-7) last season. Johnson is very effective at shooting off the dribble.

The Thunderhawks, who have defeated Taft, St. Xavier, Mason and Princeton, have also received significant contributions from senior guard Trevor Howard, who has a 7.3 ppg. avergae.

“He plays so hard,” Adkins said. “He’s knocked down some big shots for us. He just gives us so much energy defensively and really competes hard.”

Mackey, who averages 24.7 points and 5.3 rebounds, returned to Lakota West last school year after his family had moved to the Atlanta area the summer after his sophomore year. While Mackey wasn’t eligible last season, he didn’t miss a practice, Leon said.

“I was so impressed with his maturity,” Leon said. “I thought this kid could be something special.”

Mackey plays on the perimeter and attacks well off the dribble and can score in the post. Leon believes Mackey isn’t finished growing yet.

“He is a leader,” Leon said. “He shows great leadership on the floor. I am so impressed with his personality.”

Leon stopped short of comparing Mackey to former Woodward 6-foot-5-inch standout and McDonald’s All-American Damon Flint, but he did say the skill level is reminiscent because Mackey is capable of doing a little bit of everything on the court.

“Some [college program] is going to get a steal,” Leon said. “He’s a real sleeper.”

Leon, a veteran high school area head basketball coach, is in his second season leading the Firebirds. Leon admits the Firebirds were “embarrassed” when Princeton defeated visiting Lakota West 70-36 in January – a game in which he was tossed. Tuesday night was certainly different.

“I just felt like we played well as a team and we played well together,” Mackey said. “We controlled the tempo of the game and never let the other team speed us up too much.”

Princeton (1-2, 0-2 GMC) was led Tuesday night by senior guard Kahlil Davis who had a season-high 23 points to go along with four rebounds and two assists. He was 4-of-8 from beyond the 3-point arc. Senior guard Deairius Randle had 15 points, seven rebounds, five assists and two steals.

The Greater Miami Conference has mostly moved to 7:15 p.m. starting times for high school varsity basketball games during the week this winter, according to GMC commissioner Steve Shuck.

In previous years, the normal start time for boys and girls GMC varsity games during the week was mostly 7:30 p.m.

“The ADs did not like having to hold up starts when the two preliminary games were over too early,” Shuck said in an email. "Always better to be a little late. Can't start games before the announced time."

The boys and girls junior varsity games mostly start at 5:45 p.m. during the week.

GMC boys basketball teams mostly play Tuesday and Friday (both 7:15 p.m. for varsity) in the league with an occasional Saturday non-conference game.