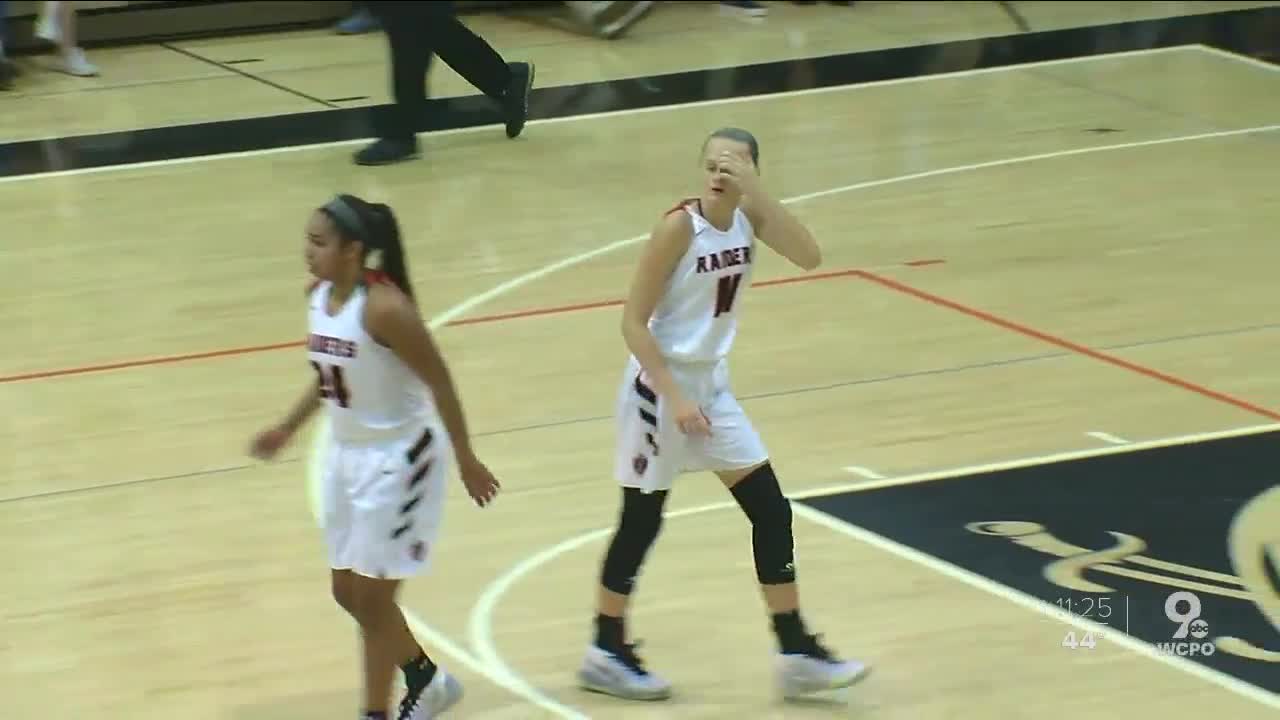 The girls’ basketball team at Ryle High School in Union, Kentucky was having another dream season, before things unexpectedly came to a screeching halt.

UNION, Ky. — The girls basketball team at Ryle High School in Union, Kentucky, was having another dream season before things unexpectedly came to a screeching halt.

“Just that moment when we all got together and realized we won – it was incredible,” recalled Maddie Scherr, who was a junior when the team won the title a year ago.

“It was just exciting. It was a sense of excitement, but relief on top of that,” said head coach Katie Haitz.

This year, the team was back on the same hardwood floor in Lexington, just three wins away from repeating as state champions.

“All we needed was three days to finish that [tournament] if we got that far,” explained Haitz.

Instead, the team left Lexington without a trophy, but not because they lost a game.

“That bus ride was silent,” Scherr said of the ride from Lexington back to Northern Kentucky. “It felt like the saddest bus ride you could possibly imagine.”

The state tournament, like many others across the country, was canceled amid the coronavirus outbreak.

“it’s a really hard thing. You see one side of kids who have worked hard, and you see the other side of loved ones and family members who could’ve gotten sick,” said Haitz.

That perspective outweighs the lack of closure.

“Although this is disappointing,” said Scherr, “I have so many great memories to look back on.”

Although the perspective is helpful, it doesn’t change the outcome.

Not only will Ryle not get a chance to experience winning a state title this year, nobody will.

“The hard part about this is that there was no finalization to it,” said Haitz.

Haitz says most of the team’s underclassmen are already working toward next season, but she feels bad for the two seniors on this year’s roster, who saw their careers end – not because of a loss, but because of a virus.