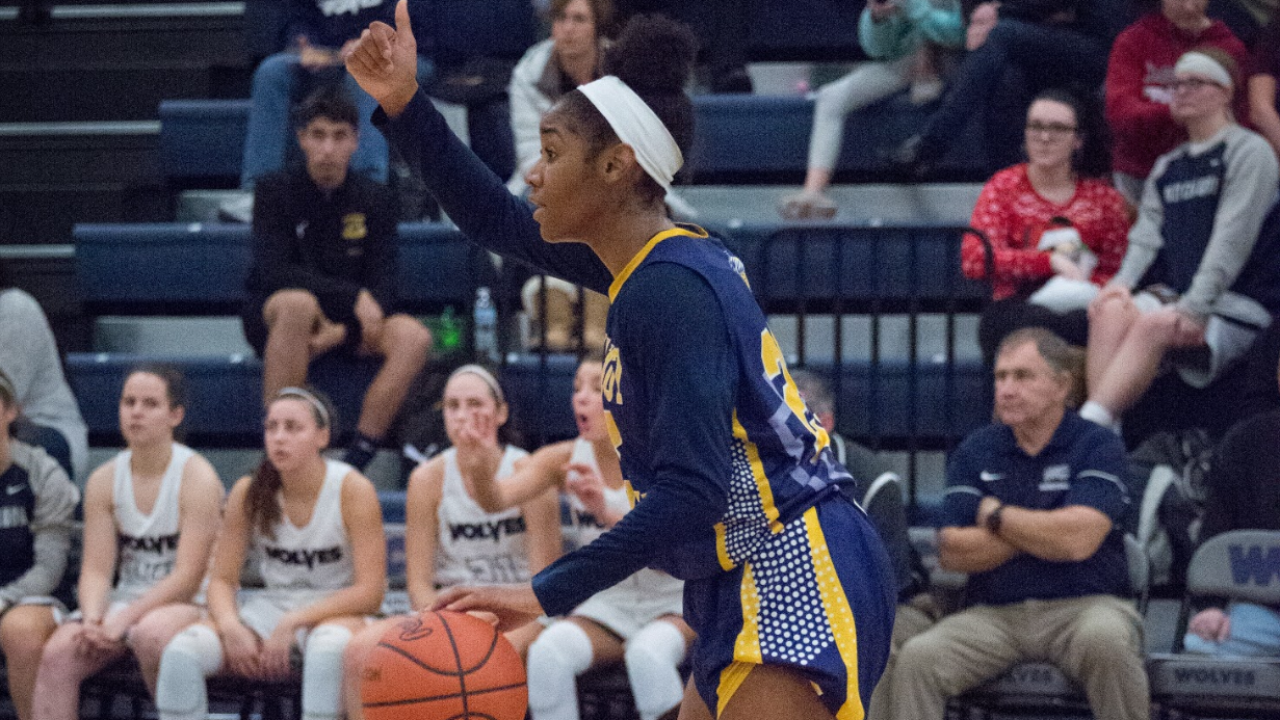 “I think Sean Kelly is the best player in the region because she scores, she rebounds, she defends the other team’s best player – point guard through power forward,” Lazar said last week. “And she is a tremendous leader.”

Darks averages 17.6 points, 4.1 rebounds, 2.7 steals and 2.6 assists for what has been quite a memorable winter for Walnut Hills (13-1 overall, 7-0 Eastern Cincinnati Conference).

“Sean Kelly Darks has been the glue for a Walnut Hills team who has re-emerged as one of the area's top teams in the State the past two years," Ohio Girls Basketball Report Associate Director Bryce McKey said. "While she has the ability to score in a variety of ways, she also possesses skill of making those around her better which is invaluable to the success of her team. She is a terrific defender and will be an integral part of what will likely be another deep tournament run in March."

“She has grown a lot from these past two years,” said senior power forward and Miami University signee Kennedi Myles. “She does everything. She can score when we need her to. She distributes the ball. She has great energy.”

Walnut Hills won the Division I district title last season for the second time in program history including its first since 2010.

This year, the first goal is to win the third consecutive ECC title, but Walnut Hills ultimately wants a chance to go to the state Final Four in Columbus.

“Last season we were hunting other teams trying to prove ourselves,” Darks said. “This season, it’s like people are bringing their best games out for us and giving their best effort.”

Darks, 16, the granddaughter of State Sen. Cecil Thomas (her mother Ericka’s father), is used to giving her best effort on the court and in the classroom. She has at least a 3.7 grade-point average and scored a 28 on her ACT in early December.

Darks has multiple basketball scholarship opportunities including Valparaiso, Belmont, North Carolina A&T and Mid-American Conference programs. She wants to major in biology and eventually become an orthopedic surgeon because she wants to be involved with sports medicine.

“The biggest thing with me for her is she comes from a tremendous family,” Lazar said. “That’s what we cherish here at Walnut.”

In many ways, Darks has followed the basketball lead of her elder sister, Taylor Darks, a 2015 Walnut Hills graduate, who is a Florida A&M senior guard/forward.

Sean Kelly said Taylor has been an inspiration to her throughout her life.

“Having Taylor as a big sister has really shaped Sean Kelly’s game,” said their father, Sean Darks. “So anything that Taylor needed to do to get into college and to be successful in high school, Sean Kelly just did at an earlier age.”

Sean Kelly, named after her father, has not only improved her game but has emphasized leadership this season.

“Sean Kelly – she is always very encouraging,” freshman guard Kaycie Badylak said. “When you are doing something wrong, she will let you know. You don’t get by with anything. She always is there whenever you want to talk.”

Darks has excelled at getting past defenders in order to get to the basket. She’s also continued working on extending her range. Lazar said her statistics is only half the story. Darks is a winner.

“She has been a main part of our team since she was a freshman,” Lazar said. “I’ve probably been harder on her than anybody because I saw the potential. I scream at her and I yell at her and she nods her head and says, ‘yeah.’ And she is just the most coachable kid you ever will run across. And she represents Walnut Hills basketball. And she represents what it means to be a part of a great team.”