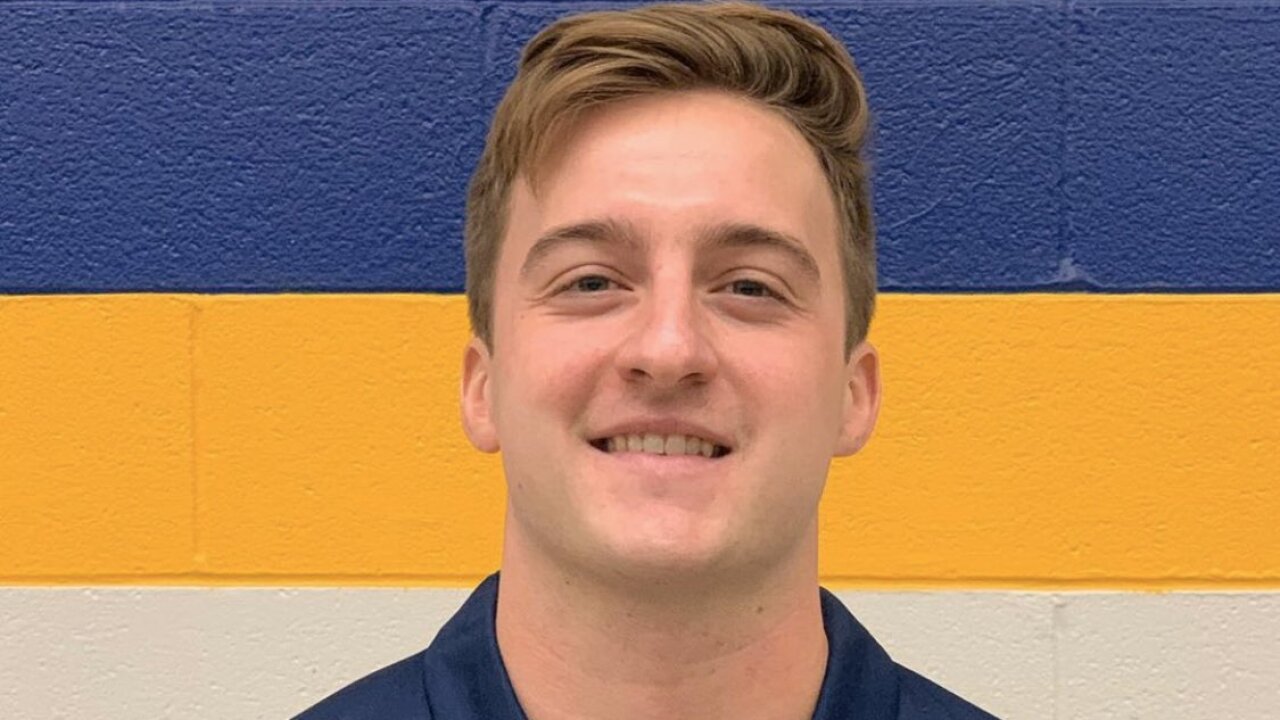 Provided
Moeller assistant lacrosse coach Jack Toomb died unexpectedly Monday night at the age of 23. His family and friends say Toomb always had a smile on his face.

SYCAMORE TOWNSHIP, Ohio — Jack Toomb had a way with impersonations that easily made his family laugh.

The 2015 Moeller High School graduate had a smile that radiated around friends and teammates.

He simply had an upbeat attitude toward life. No one was ever a stranger.

"He was the type of guy that everybody wanted to be around," said Cincinnati Bengals defensive end Sam Hubbard, a 2014 Moeller graduate. "He had a personality and smile that could brighten any room and was one of the most loyal friends I have had. He will be greatly missed by the many whose lives he positively impacted, including my own."

Toomb, a Moeller assistant lacrosse coach, died Monday night following a sudden cardiac event after he played some basketball, according to Moeller lacrosse coach Sean McGinnis. He was 23 years old.

"He loved everything about Moeller," McGinnis said. "It's a big loss for our community."

Very sad to hear the news of the passing of my new friend at Moeller, Jack Toomb. Really enjoyed our limited time together. I can only imagine the positive impact he had upon those he shared life with. Prayers for Jack and his family and friends in this sad time. https://t.co/KMwbUMwgky

"It's just utter shock," said David Sturgis, Toomb's former lacrosse teammate. "It's heartbreaking. I am kind of at a loss for words. It's pretty unbelievable."

Toomb grew up in Mason and attended St. Susanna School prior to Moeller. He played football and lacrosse for the Crusaders and was the school vice president.

"He was a key wide receiver on our final four team in 2014," said Roncalli (Indianapolis) football coach John Rodenberg, a former Moeller coach. "Great kid and very fun to coach."

Toomb was a lacrosse standout who went on to play at Robert Morris University in Pittsburgh, where he was a three-time all-conference player.

"Jack was a great competitor, teammate and brother to his classmates at Moeller," said Moeller athletic director Mike Asbeck. "His contribution to our football and lacrosse teams were truly outstanding. He was a leader on and off the field and will truly be missed."

Sturgis, who played with Toomb at Moeller and Robert Morris, said lacrosse meant everything to his friend. It was a second form of family.

"He was always someone you could rely on," Sturgis said. "He had an undeniable personality."

When Toomb recently returned to the Moeller varsity lacrosse program as a defensive assistant coach, he made an immediate impact upon the players and others who knew him. McGinnis said the team made a significant stride earlier this year, thanks to Toomb.

"Jack is a servant leader," McGinnis said. "He knew how to take care of people. He knew what to say. He knew the right thing to say as far as words of encouragement and to motivate friends and people. That was his character."

Mass of Christian burial for immediate family only will take place at St. Susanna Church in Mason with a private burial.

In lieu of flowers, donations may be directed to the Jack Toomb Memorial Scholarship, care of Moeller High School.