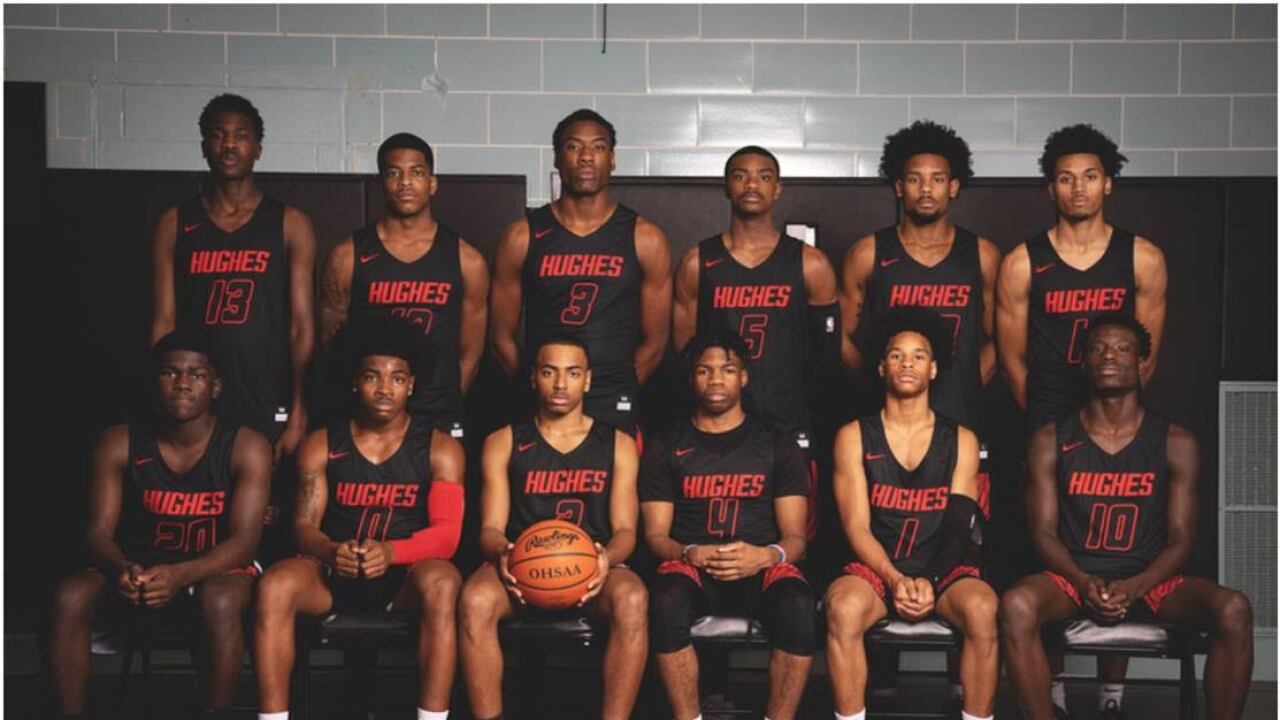 SHARONVILLE, Ohio — The Big Red trailed by eight when the buzzer sounded to end the first quarter, but Hughes senior guard Elijah Madden-Saxon walked off the court with a simple message for his teammates: "We got this."

That confidence amid adversity paid dividends later in the game as Hughes defeated Fenwick 64-55 in a Division II boys basketball district semifinal at Princeton High School.

"They've just been fighting all year long, so just really proud of them for sticking with it," Hughes coach Bryan Wyant said. "We've obviously had a lot of adversity in our program over the last 365 days. So these guys are used to fighting."

"We use the term called race car," Thomas said of the team. "Basically, I'm the keys. (Camron) is the engine, and everybody else is the wheels and the parts to the car. We just help drive it."

McKenzie, the Cincinnati Metro Athletic Conference Red Division Player of the Year, made four three-pointers Friday night, including three in the third quarter.

"I think he is one of the underrated shooters probably in the state," Wyant said. "He's had some magnificent games since Christmas time. We're going to him, and I think we do a good job of moving him around so much that you can't really guard him just one way."

Hughes advances to play in the district final March 6 at the University of Cincinnati. Their opponent and time will be determined later this weekend.

"I am so excited," Wyant said. "With the students showing up today, I think we will be able to get more students to come since it's right across the street. It's almost like a dream come true, getting a chance to play over there."

Hughes trailed the entire first half Friday night until Thomas made a floater in the lane with under a minute remaining in the second quarter to give Hughes a 27-26 lead. Fenwick answered to lead 28-27 at halftime.

Hughes jumped out to an 8-2 run quickly in the third quarter. Thomas made a 3-pointer from the left wing to extend the Big Red lead to 44-34 midway through the third. He was also 8 of 9 from the free-throw line for the game.

Fenwick closed the gap to four points multiple times in the fourth quarter but wouldn't get any closer.