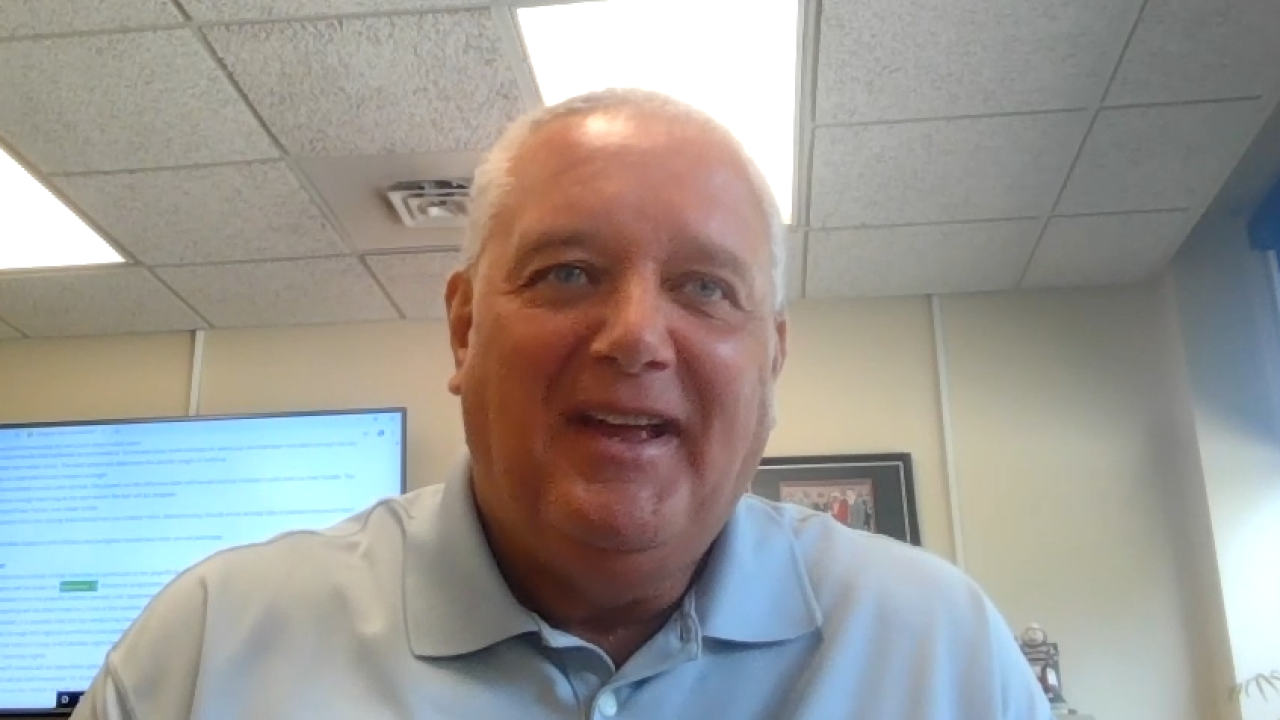 Mike Dyer/WCPO
Doug Ute was named the Ohio High School Athletic Association executive director Sept. 8. He spent the past 20 years as a superintendent, including nine years at Marion Elgin Local Schools and the past 11 years at Newark City Schools.

He understands the significant challenges ahead for the state's governing body of high school athletics, especially the immediate financial concerns.

The former superintendent, athletic administrator and coach said last week he commends the OHSAA office in Columbus for helping the 815 member high schools during the COVID-19 pandemic this school year.

Now, it's his opportunity to help the OHSAA turn around its financial situation.

Ute, who was named the OHSAA executive director Sept. 8, joined the WCPO High School Insider for a conversation about a variety of topics as he assumes the position as the 11th leader in the OHSAA's 113-year history.

Plus, a look back at Week 3 of the Ohio high school football season including Princeton's 41-37 win at Colerain Sept. 11. It was the first time Princeton defeated Colerain since 1997.