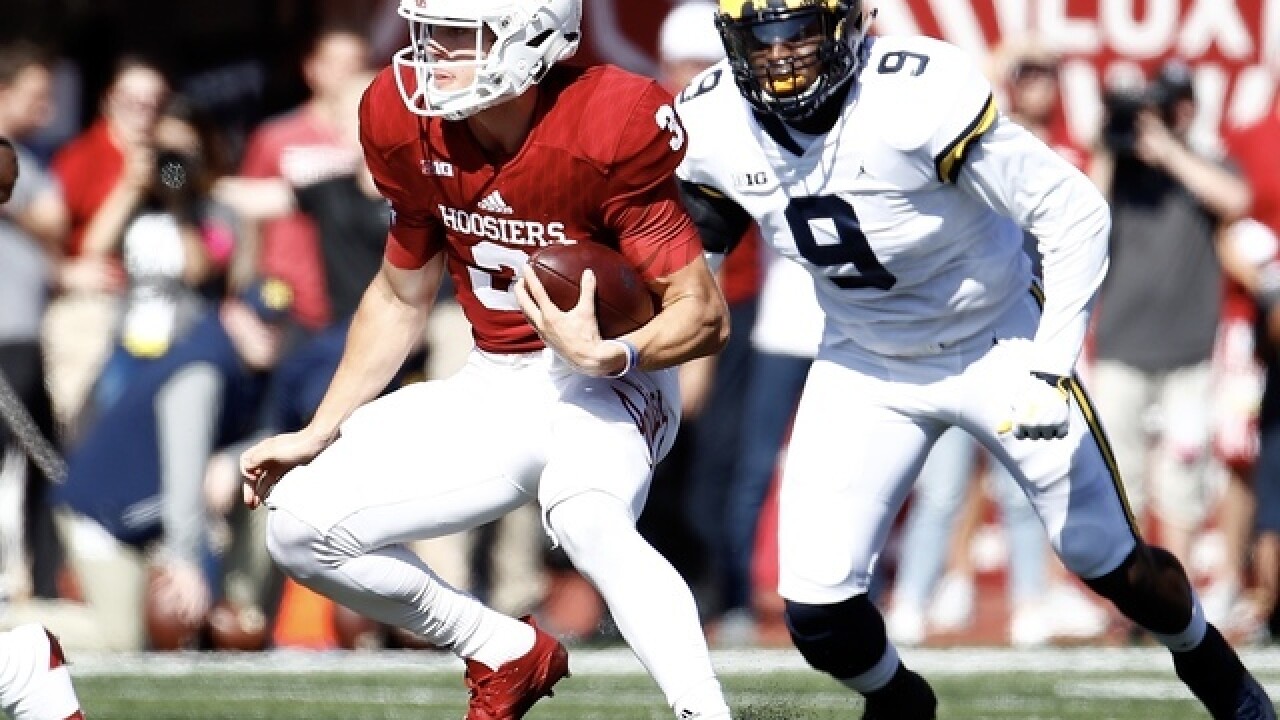 Copyright 2018 Scripps Media, Inc. All rights reserved. This material may not be published, broadcast, rewritten, or redistributed.
Andy Lyons
<p>BLOOMINGTON, IN - OCTOBER 14: Peyton Ramsey #3 of the Indiana Hoosiers runs with the ball during the game against the Michigan Wolverines at Memorial Stadium on October 14, 2017 in Bloomington, Indiana. (Photo by Andy Lyons/Getty Images)</p>

IU had an open competition throughout the first part of fall camp between graduate transfer Brandon Dawkins, redshirt sophomore Peyton Ramsey and true freshman Michael Penix, according to 247Sports.

Ramsey, a 2016 Elder graduate, is the son of longtime Elder head football coach Doug Ramsey. Doug is starting his 21st season with the Panthers.

"Very proud," Elder coach Doug Ramsey told WCPO about his son. "Two years in a row he has beaten out a fifth year senior. He just has such a great attitude and isn't afraid to compete."

Peyton holds most of the school passing records at Elder. He completed 570 of 900 passes for 6,708 yards and 49 touchdowns. He ran for 2,692 yards and 32 TDs on 465 carries. He led Elder to the playoffs in each of his three years as a starter, making the regional finals as a senior.

Peyton was named the Greater Catholic League South Division Co-Player of the Year in 2015 and 2014.
The Hoosiers’ opener is at 7 p.m. Sept. 1 in Miami.