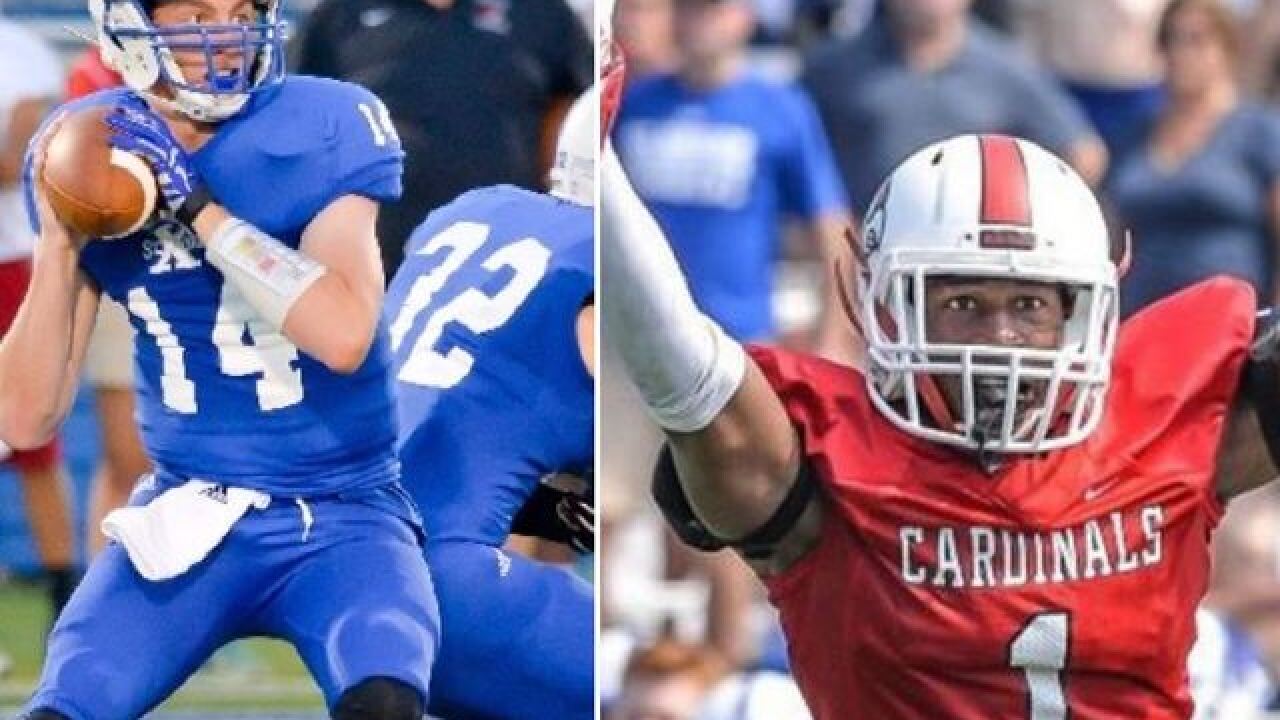 Copyright 2017 Scripps Media, Inc. All rights reserved. This material may not be published, broadcast, rewritten, or redistributed.
<p>Colerain and St. Xavier are rated the nation's top 10 football programs since 2003, according to MaxPreps. Former St. Xavier quarterback Sean Clifford, now at Penn State (left), and former Colerain cornerback Amir Riep, now at Ohio State, are among the standouts who've played in the rivalry in the past decade. (WCPO file photo)</p>

St. Xavier coach Steve Specht said the two programs playing every regular season is simply the right thing to do.

“It’s a game that represents what high school football should be all about,” Bolden said. “A Friday night battle between two local storied programs. We love competing against Steve and his program. They are as good as it gets year in and year out.”

St. Xavier and Colerain will continue to play in Week 2 of the 2019 and 2020 seasons after this year’s game.

“It’s part of the high school fabric in Cincinnati, Ohio,” Specht said. “It’s part of the football culture. I appreciate Tommy and Colerain High School and their approach to be the best they can by playing anyone anytime. It speaks volumes about them and their kids.”

This upcoming season, the two rivals will play at St. Xavier Week 2 (Aug. 31) to complete the final game of the current series. The 2019 game will be at Colerain and the 2020 game will return to St. X.

“We’re looking forward to continuing one of the best rivalries in the city,” Colerain Athletic Director Craig Ulland said.

“The St. Xavier versus Colerain game is a staple of Cincinnati high school football and we are excited that our student athletes will be able to continue a great rivalry,” Van Zile said.

The teams split the two games last season. The Bombers defeated host Colerain 20-17 in overtime during a rainstorm Sept. 1, 2017.

St. Xavier leads the all-time series, 22-14. Colerain and St. Xavier have played in the postseason the past four consecutive seasons.