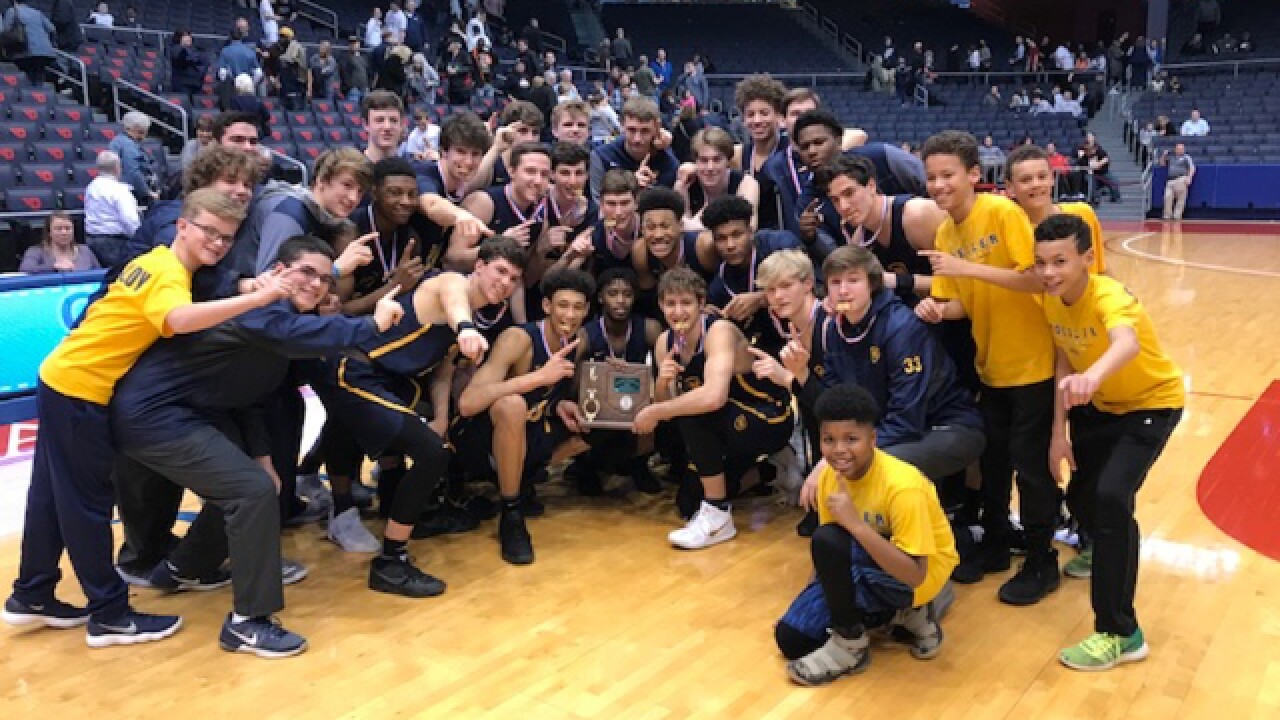 Copyright 2018 Scripps Media, Inc. All rights reserved. This material may not be published, broadcast, rewritten, or redistributed.
<p>Photo by Mike Dyer </p>

“Every journey every year starts as soon our banquet is over,” Moeller coach Carl Kremer said. “And that journey has nothing to do with the year before. …It’s a special trip for these guys.”

Moeller (23-3), winners of 16 consecutive games, advances to play the winner of Elder and Springfield in a Division I regional semifinal at 6:15 p.m. Wednesday at Xavier University’s Cintas Center.

Moeller’s defense really improved the second half of the season, and Kremer was pleased with the effort.

Saturday marked Moeller’s 12 consecutive district final. The Crusaders improved to 9-3 during that time.

“This team has been together so long,” Davenport said. “We know what it takes to get it done.”

“It means a lot to us to make it to (district) five years in a row,” Hayes said. “It’s really special.”

Moeller led Fairmont 23-20 at halftime. Hayes and Davenport had seven points each at halftime.

Fairmont finished the season with a 16-10 record. Ryan Hall had 17 points and eight rebounds for the Firebirds.