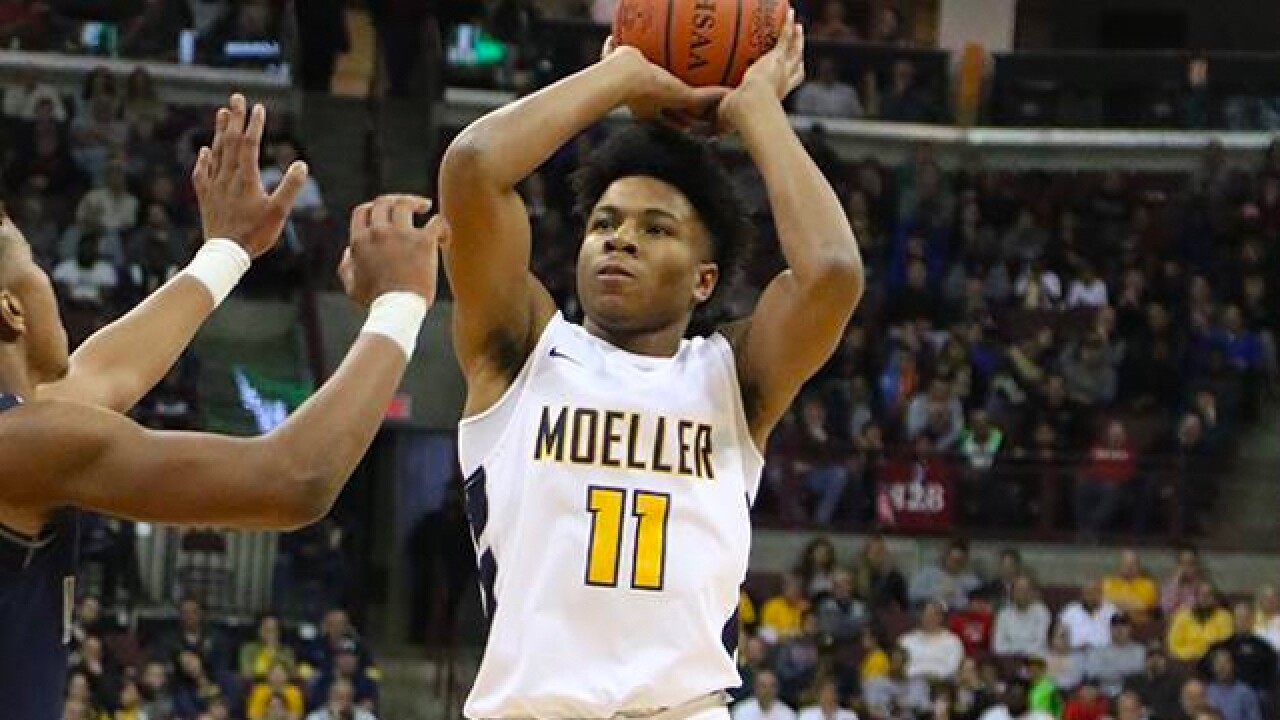 The conclusion was simple: The Crusaders can’t wait to play for a state championship Saturday night.

“You can think just about the last 32 minutes but really for every high school basketball team it’s a much longer journey,” Moeller coach Carl Kremer said. “So for us – in reflection of that long, long journey – the fact we get to play for a championship tomorrow is exciting for our guys.”

Moeller defeated Lorain 51-44 in a Division I state semifinal in front of 10,899 Friday night at the Schottenstein Center to reach its second straight state final.

Kremer admitted Friday night may have been the Crusaders’ worst shooting night of the season (41.7 percent from the field) but he credited Lorain’s toughness on the defensive end.

Moeller was 7-of-16 from the free-throw line and was outscored in each of the third and fourth quarters. But, as Kremer noted, there are no bad wins in the state tournament.

“We were never able to get in any kind of rhythm,” Kremer said. “But like I told our guys, you know you’re pretty good when you play a tough game – not nearly your best game – and you are in the final game.”

Payton, who improved to 61-5 as a starting point guard, had 10 points in the first half including three 3-pointers.

“I just love playing with my guys on the floor,” Payton said. “Anytime I am open I just try to help the team.”

Moeller junior guard Miles McBride also gave the Crusaders 13 minutes in his first action of the entire season. McBride checked in at the 2:48 mark of the first quarter and made a jumper with 4:40 left in the fourth to give the Crusaders a 43-38 lead.

McBride, who suffered a mid-foot sprain in late September during football season, just started full-time practice with the team on Monday.

“He made the big shot from the corner,” Kremer said. “He’s a fearless kid. I think he will be better tomorrow night. I think for our guys – he’s such good friends with our guys – it helped us. Thank goodness, we needed that tonight.”

Moeller, ranked No. 2 in the season’s final Associated Press state poll, is making its seventh state tournament appearance. The Crusaders were the state runner-up in 2017 after a one-point loss to Massillon Jackson.

The Crusaders are thrilled to return to the state final.

“It means a lot to our guys,” Payton said. “We just want to finish what we started and what we think we can do.”

Lorain (22-6), making its first state tournament appearance since the first year of the tournament in 1923, defeated Toledo St. John’s Jesuit and Lakewood St. Edward in order to reach the state Final Four. Lorain was unranked in the season’s final AP poll.

Lorain was led by junior guard Devone Grant, who had 17 points. Junior forward Taevon Pierre-Louis had 10 points and 17 rebounds.