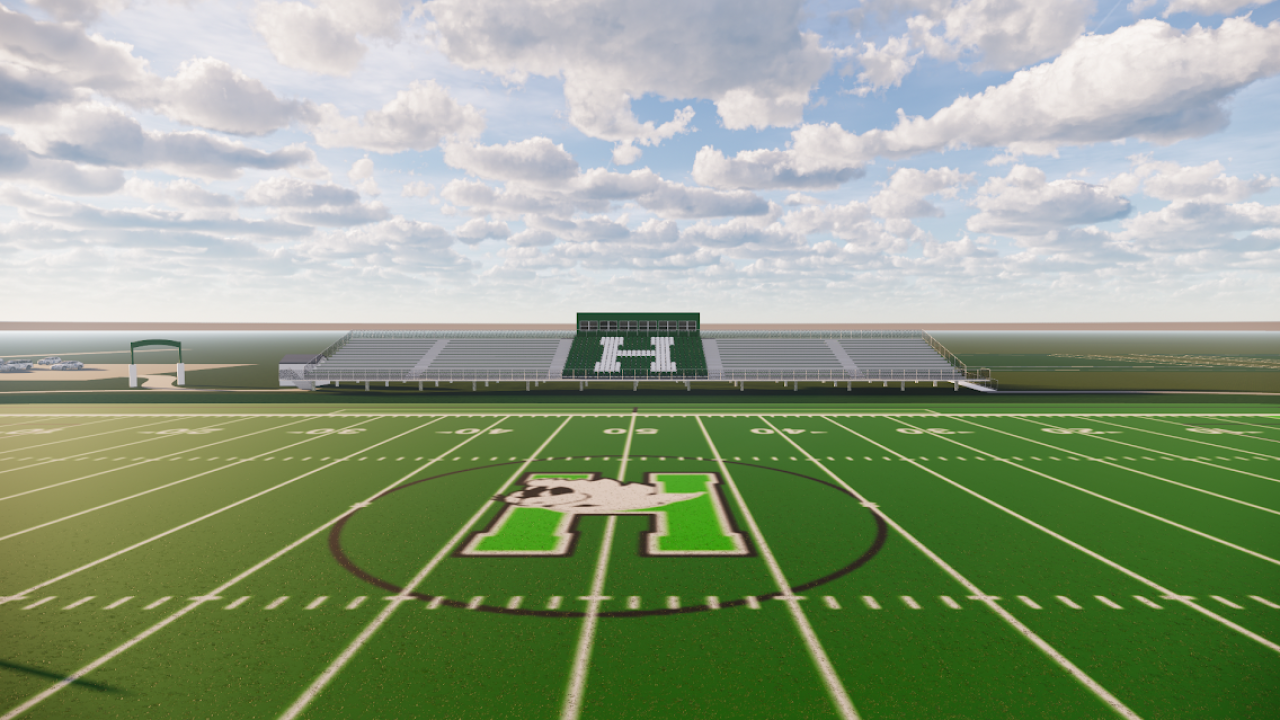 Provided
Harrison High School&#39;s Wildcat Stadium will undergo a significant renovation as part of a plan by the athletics boosters to raise $1.5 million.

HARRISON, Ohio — Harrison Athletic Director Mark Meibers is unable to contain his enthusiasm about the significant upgrade to Wildcat Stadium.

No tax dollars are being used, Meibers said.

With the growth of the Southwest Local School District and the passage of a school bond issue in November 2017, the district will begin construction on three new elementary schools and a new middle school this summer.

Two of the schools (one elementary and the middle school) will be built on the high school campus and are scheduled to open in August 2021, so the Harrison Athletic Boosters believe this is the right time for the upgrades.

“I will call it the perfect storm,” Meibers said. “We are going to have brand-new buildings, updated facilities, and now we are going to jump on the athletic piece as well.”

Wildcat Stadium is one of the last remaining grass fields remaining in area high school football and soccer. The 2019 season appears to be the final year for the natural surface at the Southwest Ohio Conference program.

But with prevalent rainy weather within the past school year, grass fields become more challenging for area teams.

The boys soccer team routinely schedules road scrimmages to open the season to avoid the natural surface. Johnson said the grass field puts his players at a disadvantage competitively.

The football team had to pay four times last season to practice away from the stadium because the field was too muddy. Coach Derek Rehage welcomes the turf surface.

“I think it’s awesome with the greatness that it’s going to do for us,” Rehage said.

“We used to host a contest here but it slowly dwindled away because nobody wants to perform on grass fields anymore,” Egan said. “So getting a turf field back we can bring in world-class groups again and start bringing our contest back again and do a lot more stuff with it.”

Meibers emphasized the upgrades will provide opportunities during the day for more than 2,000 students from all grade levels with physical education classes.

The athletic boosters and a stadium committee made up of 20 community members will host a community information night May 28. They will formally present plans at the Board of Education meeting June 20.