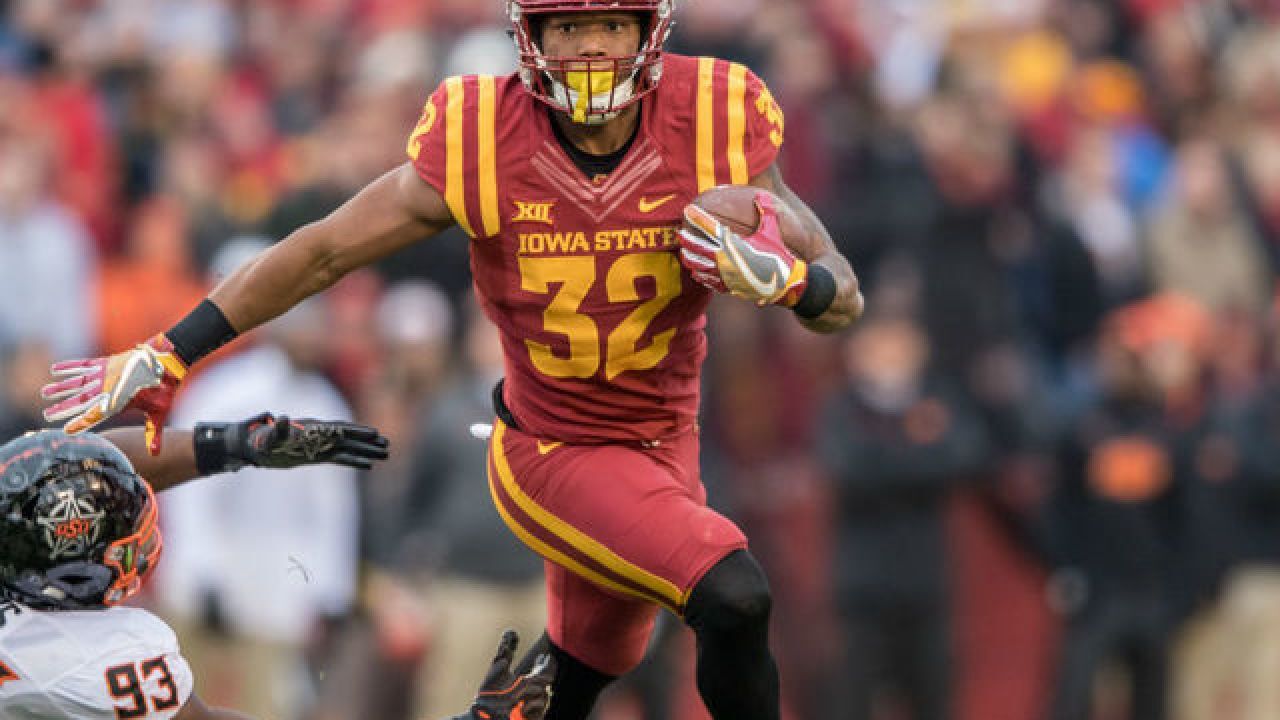 The Iowa State standout running back, and 2016 Mount Healthy High School graduate, rushed for 1,216 yards and 13 touchdowns in 12 games as a junior this season for the Cyclones.

On Monday morning, Montgomery tweeted an eight-paragraph announcement that he will forgo his senior season and enter the NFL Draft this April. This year's draft, April 25-27, will be televised on ABC (Channel 9).

To God Be The Glory !!!! I will forever love the Cyclonenation !! pic.twitter.com/0mmSyVYFiN

“The last three years has been nothing short of amazing,” Montgomery said. “From the first day I stepped onto campus in Ames, it has felt like home. From the roar of the crowd at Jack Trice Stadium, to the quiet of studying for exams, to the warmth that has been shown to me by Cyclones fans, I could not have asked for anything better than my experience at Iowa State. It has truly been the best of my life.”

Montgomery, an Eagle Scout, was the Ohio Associated Division III state offensive player of the year as a quarterback his senior season in 2015 for Mount Healthy.

Mount Healthy coach Arvie Crouch sat down with Montgomery one night recently, and said the standout is looking forward to the opportunity.

“He is motivated, pumped up and ready to go,” Crouch said. “I told him to have some fun with it. He feels like he is ready to roll and I am really proud of him.”

“He is always doing something positive,” Crouch said. “He has a great personality.”

Montgomery rushed for 2,707 yards and 41 touchdowns and threw for 726 yards and seven touchdowns his senior season at Mount Healthy.

Montgomery and former Colerain standout Deshaunte Jones - friends since their Houston Elementary days - shared the spotlight on National Signing Day with their pledges to Iowa State. Jones is a junior wide receiver with the Cyclones.

Montgomery made an immediate impact at Iowa State, earning Honorable Mention All-American honors by Campus Insiders his freshman season with the Cyclones.

In 2017, he led the nation in forced missed tackles with 104, and he was named a First-Team All-American by Pro Football Focus.