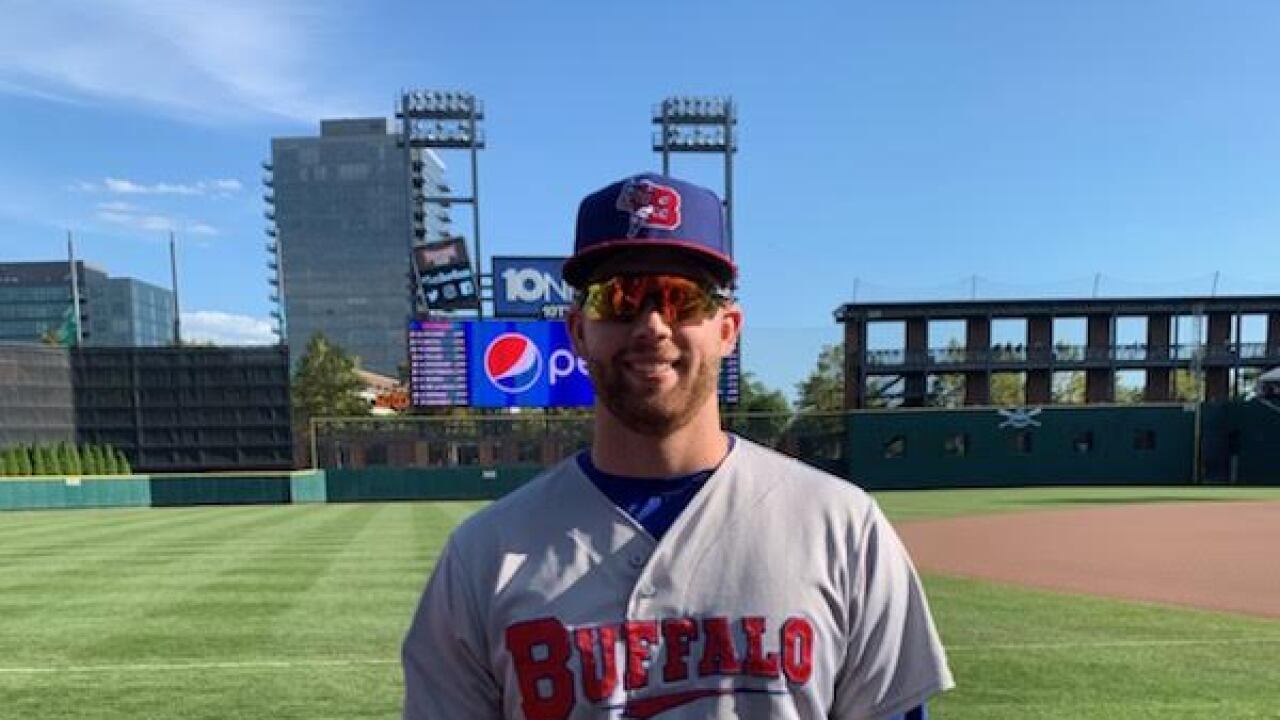 MASON, Ohio — Tim Zeuch wasn’t quite sure what to anticipate as he walked into SunTrust Park Tuesday night.

With his son T.J. Zeuch set to make his major-league debut for the Toronto Blue Jays against the Atlanta Braves, he knew there would be plenty of emotions.

Tim Zeuch and his wife, Lisa, reflected on their son's journey as they made the commute to Atlanta Tuesday afternoon. They will likely be proud, excited, worried and nervous, like most parents in a similar situation.

“I think it doesn’t matter where we are (sitting in the stadium),” Tim told WCPO as he drove on the interstate in Kentucky. “We could be in the bleachers. Just seeing him out there is going to be great.”

T.J., a 2013 Mason High School graduate and former University of Pittsburgh standout, was called up by the Toronto Blue Jays on Monday. He threw four innings and allowed two runs, two walks and three hits for Toronto. He struck out four.

Zeuch, who pitched a no-hitter for Triple-A Buffalo in August, is the first modern-day Mason High School graduate to appear in the major leagues, according to Mason coach Curt Bly.

“It was surreal,” Bly added, having watched the game in Atlanta. “Watching one of our dudes retire (Ronald) Acuna Jr., (Freddie) Freeman, and (Josh) Donaldson was something special.”

The late pitcher Percy Coleman graduated from Mason in 1894 and pitched for the St. Louis Browns in 1897 and the Cincinnati Reds in 1898, according to the Mason baseball program. Coleman, a Mason native, died in 1948.

Bly said T.J. Zeuch’s promotion to the Blue Jays is a momentous occasion. There will be an informal watch party at Buffalo Wild Wings in Mason tonight.

“It’s hard to put into words really how important it is for our program and how special it is to see one of the kids that you watched grow up and the work they put in,” Bly said.

“It’s a big moment obviously for T.J. and his family but it’s also a big moment for our program too because it’s another threshold that we are crossing and T.J. is the guy doing it for us. We couldn’t be prouder of him.”

Bly, who has been the Mason head coach since 2014, was an assistant under longtime head coach Ken Gray during Zeuch’s senior season. Bly said as he and his wife Melissa walk into the ballpark tonight, there will be plenty of memories of watching Zeuch pitch in high school.

“Seeing one of your guys standing on the mound there in the middle of a major league stadium is something that I’ve dreamed of as a coach,” Bly said.

Gray told WCPO Tuesday afternoon there is no one more deserving to be in the majors than Zeuch.

“It is exciting,” Gray said. “It’s just tremendous. I thought that day would come but it’s just great that it’s finally here.”

Zeuch started 13 games for Buffalo this season. He was 4-3 with a 3.69 ERA and 39 strikeouts in 78 innings. Tim was especially proud of how T.J. persevered through an injury earlier this year.

Prior to being drafted by Toronto, Zeuch flourished at Pitt for three seasons. He concluded his Pitt career ranking seventh on the all-time strikeout list with 205.

“It’s just amazing,” Gray said. “It’s just great to see for such a fine person like him. A young man who did everything right.”