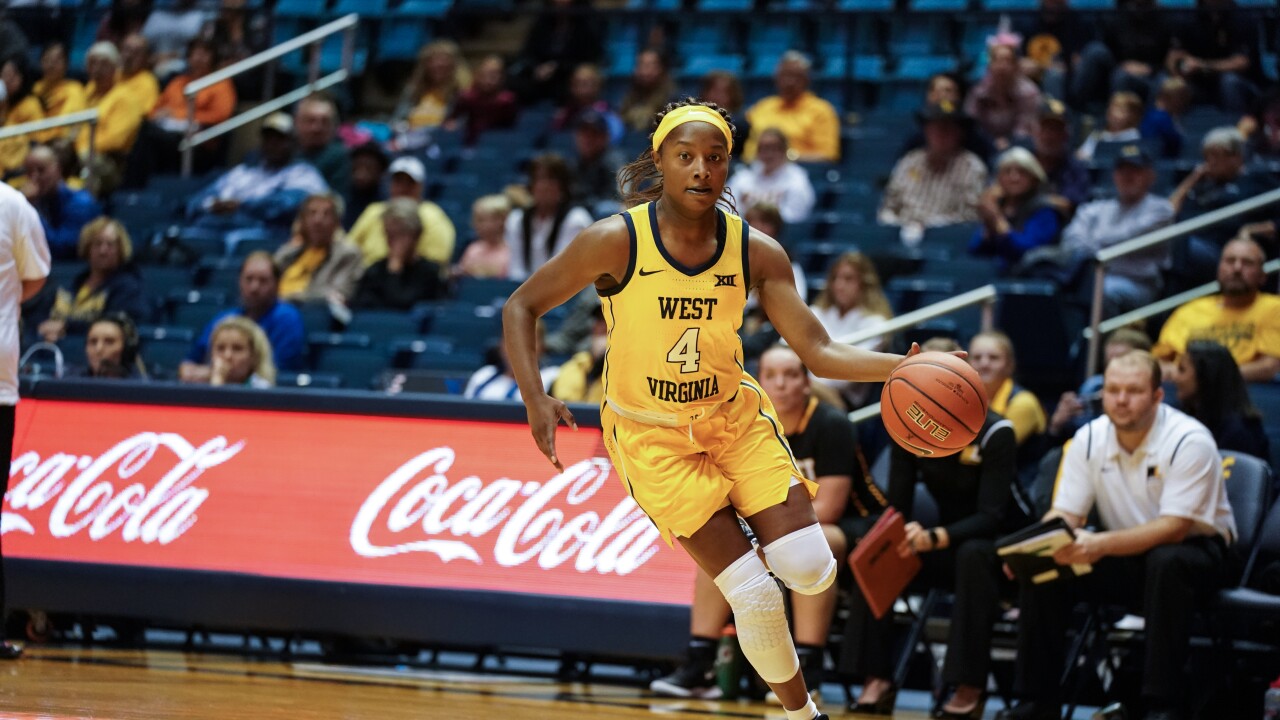 WEST CHESTER TOWNSHIP, Ohio — Nia Staples has a renewed passion for the game of basketball.

The 2016 Lakota West graduate completed her redshirt sophomore season as a point guard at West Virginia and will graduate in three years this August.

Staples, who helped the Firebirds to the 2015 Division I state title, is also ready for her next opportunity after entering the NCAA transfer portal and will be a graduate transfer. She hopes to have two years of eligibility remaining.

“I was exposed to a lot of opportunities here but really I just want a new start,” Staples said.

Staples will complete her sports psychology degree this summer with a minor in counseling. She will pursue a master’s degree in sport and exercise psychology.

Staples earned Big 12 All-Academic honors for two years and has a 3.2 grade-point average.

“That says a whole lot about her understanding of taking advantage of being a student-athlete,” Lakota West coach Andy Fishman said. “Her work ethic was always stellar and her attitude and positivity and confidence never wavered. She is just a great young lady to coach and I think whoever picks her up on this is going to get someone who is very driven and very focused on being a great player and a great teammate, a great person.”

Despite her injury her freshman year, Staples said it strengthened her character and her resolve for the game. Her mid-range game was always strong but she worked on her long-range shooting.

Staples said she prides herself on defense and offensively she says she has the court vision to help score or give her teammates the opportunity.

She also stayed positive during her push through adversity and learned to be more grateful for every day on and off the court. That gives Staples a renewed sense of energy as she works out this spring.

“I am just excited to keep playing,” Staples said. “Every day I think about playing and helping the team reach new goals. I haven’t lost it at all. Even though I was discouraged from not playing, just watching my teammates built a fire up.”

Fishman has no doubt Staples will succeed on the court and in life. He could see her one day possibly as a school counselor and involved in coaching – giving back to the game she loves.

“Just a great teammate and a great player and someone I will always fondly remember coaching,” Fishman said.