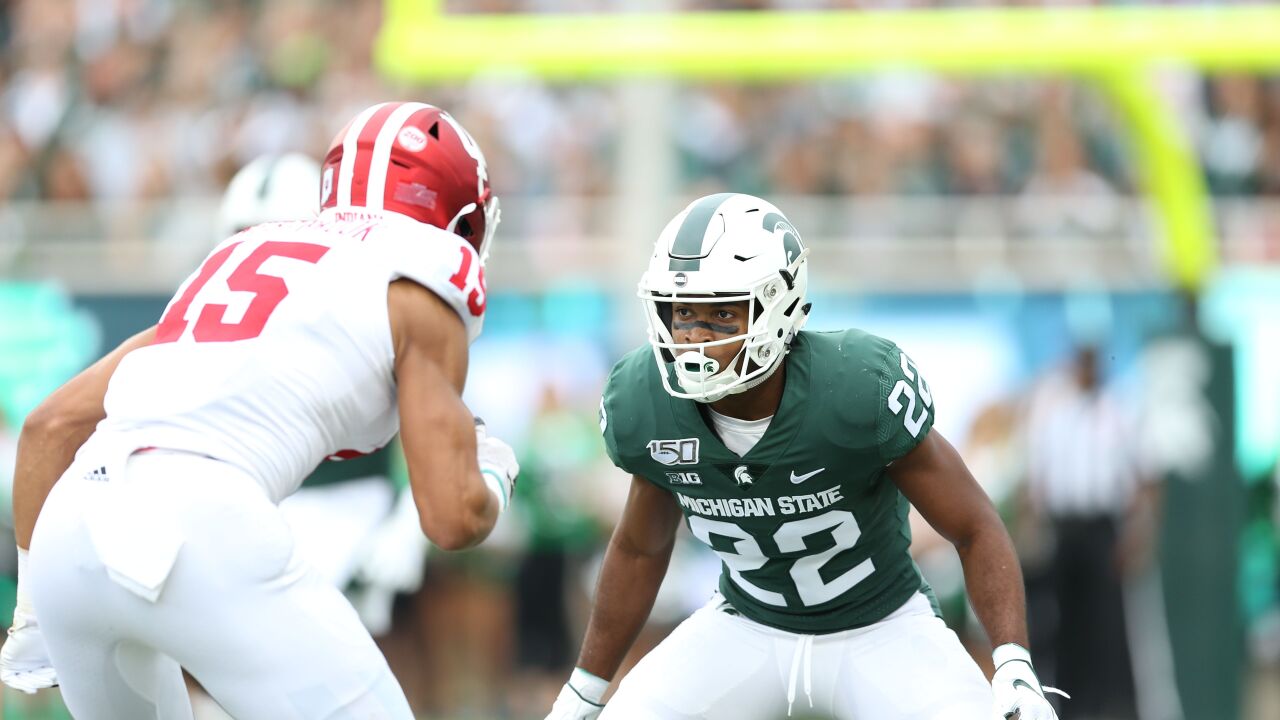 FAIRFIELD, Ohio — Michigan State junior cornerback Josiah Scott, a former Fairfield High School standout, was selected Saturday afternoon by the Jacksonsville Jaguars in the fourth round of the NFL Draft.

Scott, a 2017 Fairfield graduate, was a three-year letterwinner for the Spartans and played in 30 games as a starting cornerback.

Scott, who watched the draft from the Cincinnati area, was the 137th pick overall in the draft.

"Obviously a tremendous accomplishment for him," Krause said. "How proud we are the work he's put in and who he has become. Can't say enough about him as a person and what he's done to get here."

"I think No. 1 his instinct," Krause said. "I think he's a really instinctive player. We saw that in high school. He understands the game."

"Toughness," Krause said. "I think his willingness to tackle is a big deal."

Scott, who elected to forgo his senior season at Michigan State to enter the draft, also ran a 4.42 at the NFL combine in early March.

Scott was a first-team all-Greater Miami Conference selection as a senior at Fairfield in 2016. He had five interceptions, two fumble recoveries and a forced fumble for the Indians his senior season. He also had 12 kickoff returns for 335 yards and a touchdown and three punt returns.

Scott is the second player to reach the NFL during Krause's high school football coaching career. Krause coached former NFL running back DeShawn Wynn in high school. Wynn was a seventh round selection of the Green Bay Packers in 2007.

Krause believes Scott is the second Fairfield High School product to be drafted in the NFL. Former Fairfield quarterback Craig Nagel (Purdue) was drafted by the Cleveland Browns in the ninth round of the 1976 draft. He later played in Canada.