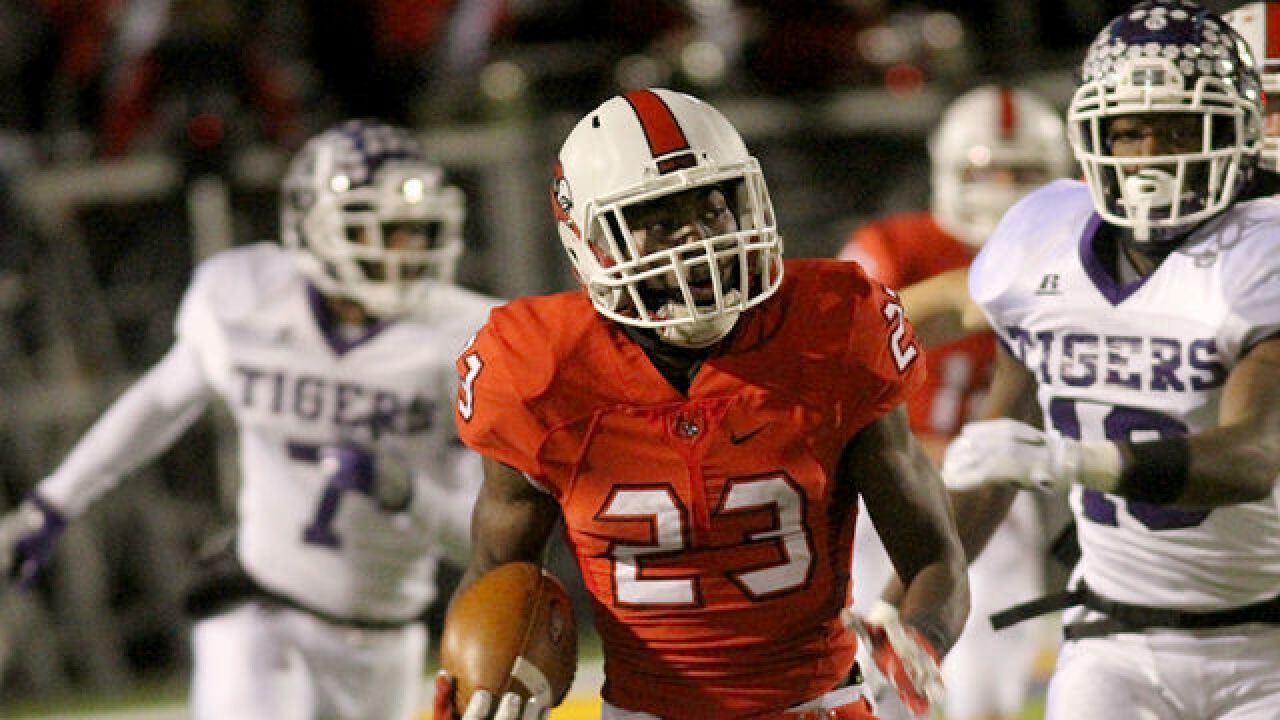 WCPO file
Former Colerain running back JJ Davis plans to attend Norfolk State later this month. He was a freshman on the University of Cincinnati football team this past season.

Former Colerain running back JJ Davis is transferring from the University of Cincinnati to Norfolk State, according to Colerain coach Shawn Cutright.

Davis is scheduled to report to Norfolk State Jan. 17, Cutright said. Norfolk State is an NCAA Division I program in the Mid-Eastern Athletic Conference (MEAC).

Davis committed to the University of Cincinnati as a preferred walk-on in February 2019 and was on the Bearcats’ roster during the 2019 season.

As a high school student, he helped to lead Colerain a Division I state runner-up finish and a 14-1 record in 2018. He rushed for 715 yards and nine touchdowns his senior season at Colerain.

He played primarily running back and defensive back at Colerain. He rushed for 548 yards and six touchdowns and caught 11 passes for 124 yards and two touchdowns his senior season. He had 16 punt returns for 153 yards and five kickoff returns for 91 yards. He had 23 tackles (19 solo) and two interceptions including a touchdown on defense.

Lakota West coach Tom Bolden, a former longtime Colerain head coach, told WeAreColerain.com in 2018 Jones was in the top three all-time most athletic players he's coached or played with since the 1980s.