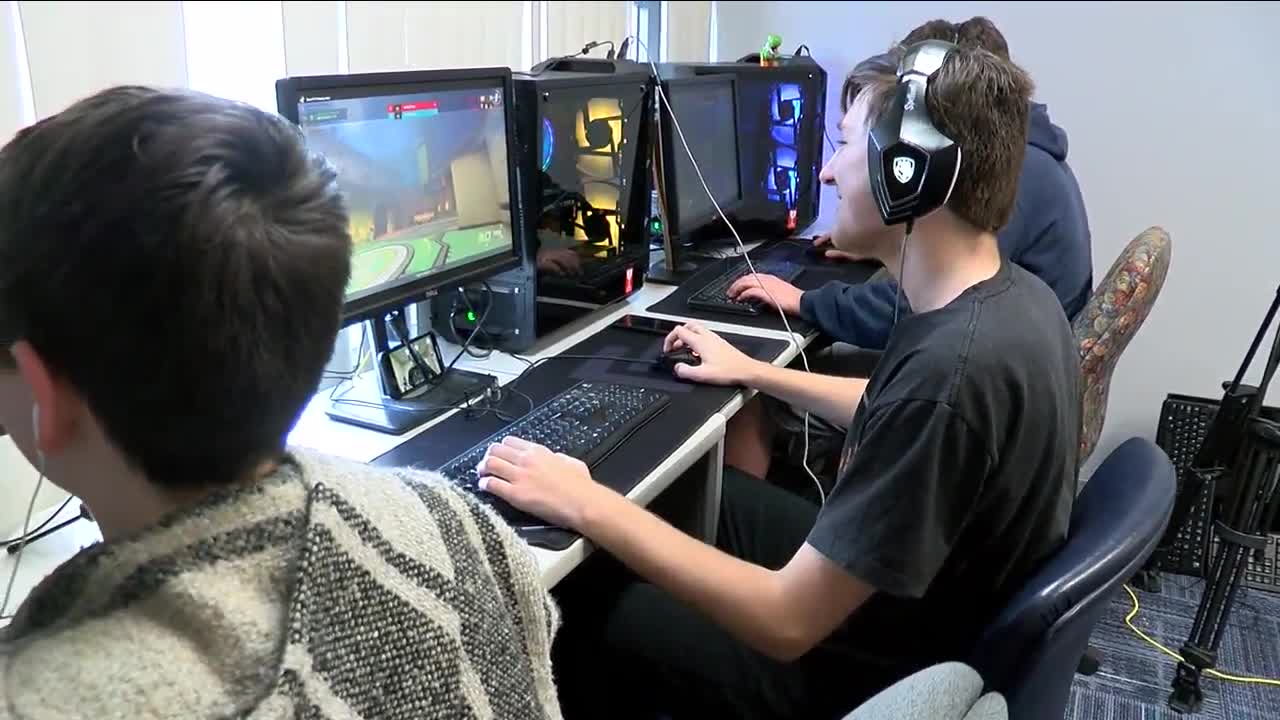 It's a sport you wouldn't expect to see on the list of extracurricular activities at a school, but Forest Hills School District students were lining up — even auditioning — to become part of the Forest Hills esports team.

CINCINNATI — It's a sport you wouldn't expect to see on the list of extracurricular activities at a school, but Forest Hills School District students were lining up — even auditioning — to become part of the Forest Hills esports team.

Esports — short for electronic sports — refers to online competitive gaming, a growing hobby with its own formal leagues, tournaments and enthusiastic fans. Forest Hills' team will compete against others from across Ohio in games like "Super Smash Brothers" and "Overwatch."

"We know that video games sometimes are looked at as something that might be not purposeful, so we wanted to make it purposeful," said technology teaching and learning support specialist Adam Samuels.

The Forest Hills esports team is made up of 25 Turpin and Anderson High School students who all have different interests in life. Turpin High School freshman Jordan Hardt wants to become a doctor, and said that being part of the esports team can help him get there in more ways than one.

"If I ever go into surgery... it's more about finite movements and making sure that it's really miniscule," said Hardt. "It's millimeters they go by, and you just have to have that steady hand."

Hardt added that playing these video games competitively against others helps him learn about overcoming defeat.

In addition to gaining skills, students have the chance to get scholarships from participating.

"In esports Ohio, the league we're in, we have different colleges reaching out to players and to us as coaches," said Samuels. "There are scholarships upwards of $8,000 a year, so there are some big scholarships out there. A couple of players have already had coaches reach out to them from those colleges."

It's more than just video games. The team engages in many career-connected activities and skills, ranging from graphic design to public speaking. Many of the computers the team competes on were built by students, increasing the chances of scholarship opportunities as well.

"We wanted them to engage in skills that could help them be successful in their future," added Samuels. "So we looked at it. Since they're building computers, we have students using Illustrator to do graphic design, and we have them getting into marketing and the commentary kind of thing with a streaming we do online."

According to Samuels, Syracuse University expects that by 2021, esports will be the second most viewed professional sport with 84 million viewers. Another big factor into that statistic, is that other more mainstream sports come at a cost.

"A lot of students we've noticed with sports and physicality, those are barriers to not wanting to participate in sports potentially," said Samuels. "We know costs are high now with pay to play, so esports is an opportunity we can offer at a low cost, giving students possibly their first experience of doing team sports."

Students have been home and social distancing due to COVID-19, but they are ready for the club to start back up next school year.

"With times evolving, society is trying to learn to accept the fact that this is the next sports that we will have," said Turpin High School senior Maura Cueto. "It's interesting to see how people will react."