'For her, the sky is the limit': Ryle freshman wrestler Olivia Messerly wins an under-15 world title 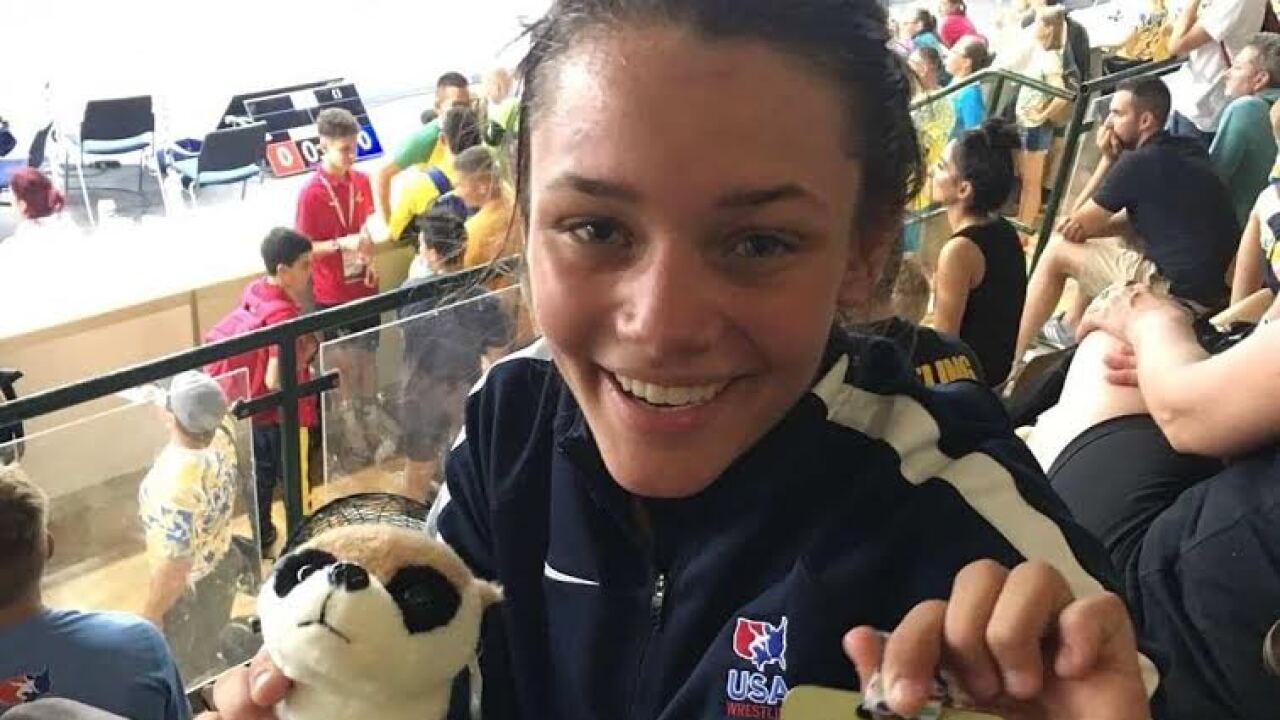 Provided/Curt Messerly
Ryle freshman wrestling standout Olivia Messerly won a gold medal in Hungary this week as part of the U15 World Championships.

UNION, Ky. — As 14-year-old wrestler Olivia Messerly celebrated a world title-clinching victory Tuesday in Budapest, an American flag draped around her shoulders, her father watched via Facebook Live and cried with happiness. It was a validation — though certainly not the end — of an athletic journey she had started at 8 years old.

“Words can’t describe how proud I am,” Curt Messerly said.

Olivia Messerly won an under-15 world title on the first day of the World School Combat Games and helped the United States as it secured 19 medals, including nine gold, for the competition, which is serving as the U15 World Championships for United World Wrestling.

The Union 14-year-old won the freestyle 50 kilogram division after she missed her weight in the 46-kg division.

Watching her shine on the world stage was a joyous moment for those who know her, Ryle coach Tim Ruschell said.

Ruschell said the world title will open many doors for Olivia, and he wouldn’t be surprised to see her win an Olympic gold medal one day. This opportunity will certainly create another path for success as she enters high school this fall.

She and her twin sister, Addison, have wrestled for Ryle the past two years. Olivia wrestled at 106 pounds and Addison was at 113 pounds. They also run cross country and are active in four wheeling and ziplining.

Messerly, who is a Type-1 diabetic, works out six days a week and is very cognizant of her training and nutrition. She won a Kentucky state wrestling tournament girls’ title — Most Outstanding Wrestler — as an eighth-grader for Ryle last winter.

Ruschell said her toughness was very evident in her Tuesday win.

“It’s unbelievable,” Ruschell said. “Just soak it in and enjoy it as much as you can.”