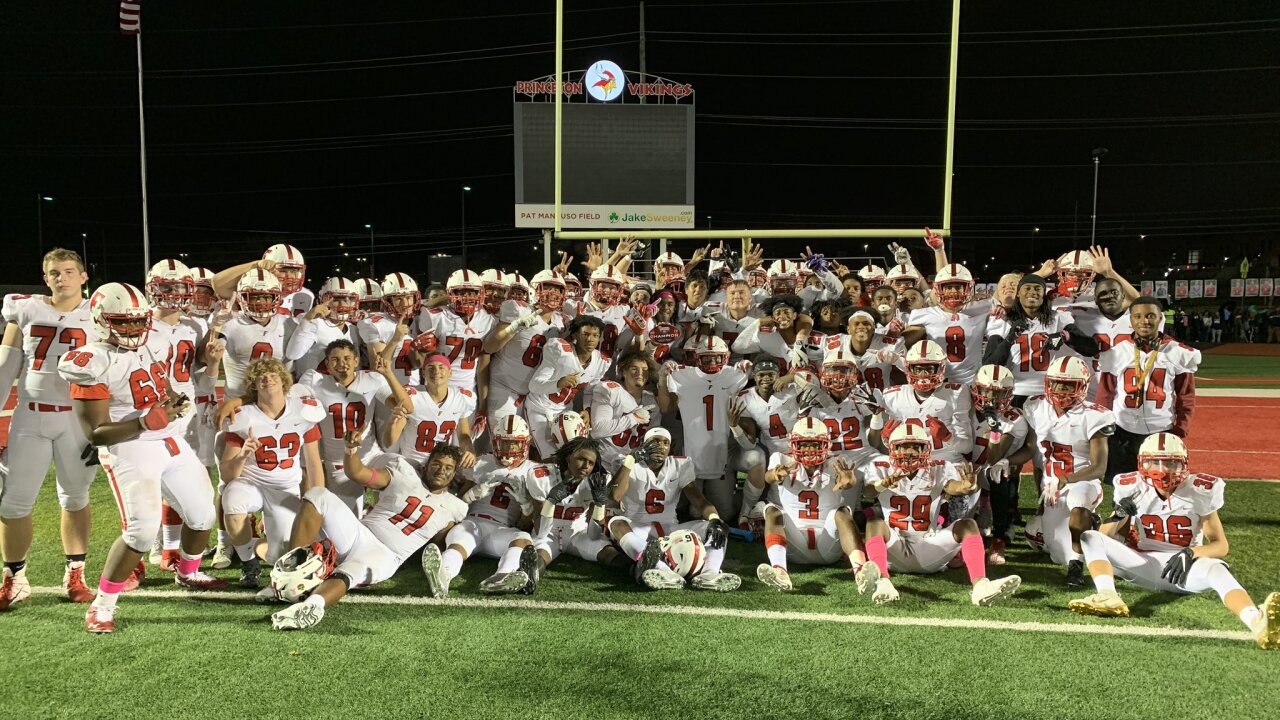 Fairfield defeated Princeton 37-13 and improved to 7-0 for the first time in its 85 years of existence.

“It’s great to coach these kids,” Fairfield coach Jason Krause said. “This team, they do a lot of special things. I think the best thing about it is they are already talking about that it’s over, and we’ve got to move on and get ready for Sycamore.”

Fairfield (7-0, 5-0 Greater Miami Conference) is No. 1 in the Division I, Region 4 computer points standings. The Indians, which has unofficially clinched a playoff spot, according to Joe Eitel, play Sycamore Oct. 18 at Sycamore Junior High School.

“We always make sure to stay businesslike but also have fun,” Fairfield junior defensive lineman Brandon Smith said. “We have a great team.”

Fairfield senior running back JuTahn McClain had 25 carries for 197 yards and three touchdowns to lead the Indians (7-0, 5-0 Greater Miami Conference).

McClain, who is verbally committed to the University of Kentucky, has rushed for 100 or more yards in 15 consecutive regular-season games. He has 47 career rushing touchdowns.

“(The coaches) gave us the calls — we just had to go out there and open it up,” McClain said. “I just feel like we got to push through. I’ve got to keep the team up and we got to keep our energy up.”

Fairfield led 17-13 at halftime and scored 20 unanswered points in the second half.

“We take a lot of pride in the way we play as a team in the second half,” Krause said. “I think you look back over the last few years and we feel like we play pretty well after halftime.”

Fairfield senior linebacker Phoenix Porter (Eastern Illinois commit) scored on a 31-yard fumble recovery untouched to help give the Indians a 7-0 lead with 4:46 left in the first quarter.

It was Smith who forced the fumble for the Indians on Princeton’s second possession.

“Those guys play with such high energy and their motors don’t stop,” Krause said.

The Indians went ahead 10-0 at the 7:58 mark of the second quarter on junior Nick Maddy’s 27-yard field goal. That was the first field goal of the season for the Indians.

Princeton scored with 3:34 left in the first half when senior quarterback MyJaden Horton found junior DeAngelo Foster for a 47-yard touchdown pass connection to close the advantage to 10-6 after the extra point failed.

The Vikings scored again a short time later when senior cornerback Jaden Scarborough returned an interception 48 yards for a touchdown. Senior Hayden Cobbs made the extra point to give the Vikings a 13-10 lead with 1:25 left in the first half.

The back-and-forth continued when McClain took a handoff on second down and sprinted 57 yards for a touchdown to give the Indians a 17-13 lead with 40 seconds left in the first half.

The Indians went ahead 24-13 at the 9:51 mark of the third quarter when senior quarterback Sawiaha Ellis scored on a 32-yard run.

Fairfield had 321 yards of total offense. Princeton had 134 yards.

Daniels told WCPO his message to the Vikings after the game is to stay the course and finish strong.