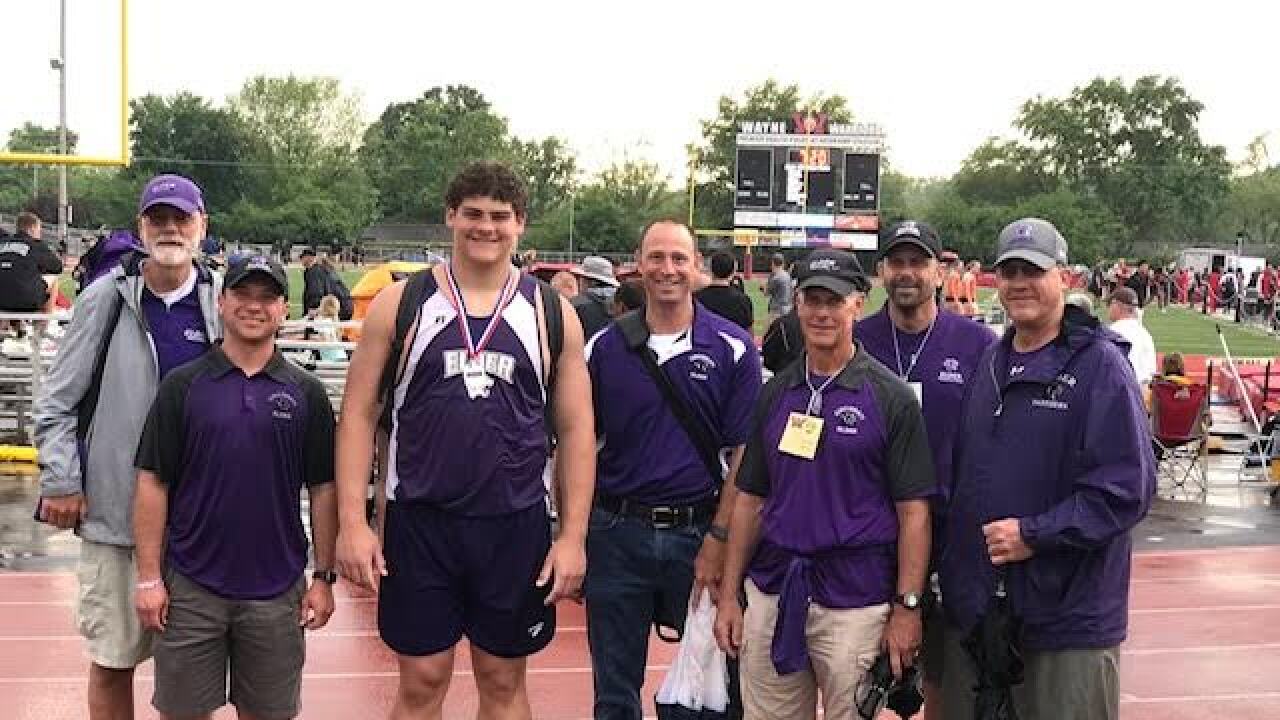 Chris Kandra
Elder junior Luke Kandra will compete at the state meet in discus and shot put on Saturday in Columbus. 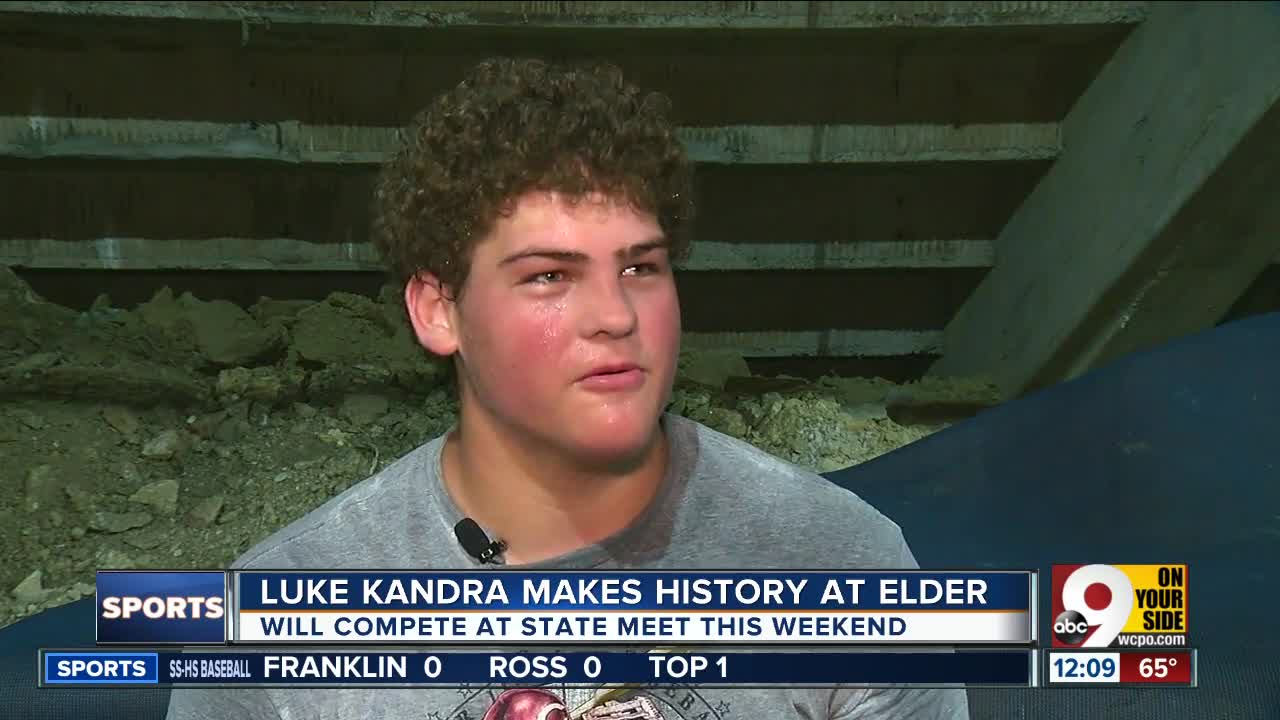 The Elder 2020 offensive lineman inevitably will ask for 16 chicken wings with extra blue cheese and a large basket of fries.

“Sometimes I think that is just a snack,” said his father, Chris Kandra.

Luke, who is 6 feet 4 and 290 pounds, also leaves nothing to chance as a three-sport athlete (fall, winter and spring) and carries a 4.0 grade-point average.

“I am glad that he is engaged with it," Chris Kandra said. "I know it’s an awful lot of time. Sometimes you can burn yourself out a little bit. But he takes it really well in stride. He has an incredible good work ethic, and he is very levelheaded about everything.”

On Saturday, Luke Kandra will become the first Elder thrower to compete in the shot put and discus within the same state meet when he arrives at Ohio State University’s Jesse Owens Memorial Stadium in Columbus.

“It’s really kind of a cool experience to go for two events,” he said.

Elder has competed in track and field since 1930. He's hoping to get on the podium and potentially set a school record in the shot put.

“To be able to go up in both events for a school and a track program like Elder — you are talking 12 GCL championships and 12 district championships,” Elder track and field coach Brian Flaherty said. “To be the first to do anything is exceptional.”

“He is a kid who doesn’t go home,” Flaherty said. “He stays here. You are talking about a guy who plays football. He is an 85 percent foul shooter for basketball and can throw the shot and discus. He just has rare athletic ability.”

Kandra, the Greater Catholic League South division field athlete of the year this spring, set the school’s freshman record in the shot put. He captured the school’s sophomore record in both events last year.

The Elder coaching staff knew he would be strong in the shot put again this spring, but he really impressed with the discus early in the season.

“Luke is a big, strong powerful guy,” Elder throws coach Chris Nie said. “He’s very coachable. Anything we tell him he can take and apply it in the ring immediately. He’s a very intelligent athlete.”

Kandra enjoys being a multi-sport athlete. He says it helps with time management and the ability to improve his footwork in the other sports.

“I love competing,” Kandra said. “That’s one of my favorite things to do. Me and my brothers always compete at my house playing video games and outside in the pool.”

He has scholarship offers that include the University of Cincinnati, Purdue, Boston College, Louisville, Indiana, Iowa State, Kent State, Bowling Green and Toledo.

Kandra is still considering his college options, but his first order of business is this weekend in Columbus.

Elder football coach Doug Ramsey said he expects Kandra will be a "dominating offensive lineman" this fall for the Panthers.

“Luke is very impressive in the way he dedicates himself to everything he does: School, football, basketball and track,” Ramsey said. “Even though Luke is a pretty heavily recruited football player, his No. 1 priority right now is track.”

Kandra’s stature in the ring makes him difficult to miss at a meet.

Former Elder thrower Luke Mastruserio, who now competes at Ohio State, returned to the school this week to help Kandra with a few tips before the state meet.

“I just think it’s really impressive with him just being a junior,” Mastruserio said. “On top of that with all the football stuff if he wanted to he could’ve just focused on football for the next two years. But he’s doing this and then hopefully he will continue next year. And he could potentially become the state champ in shot put, I think.”