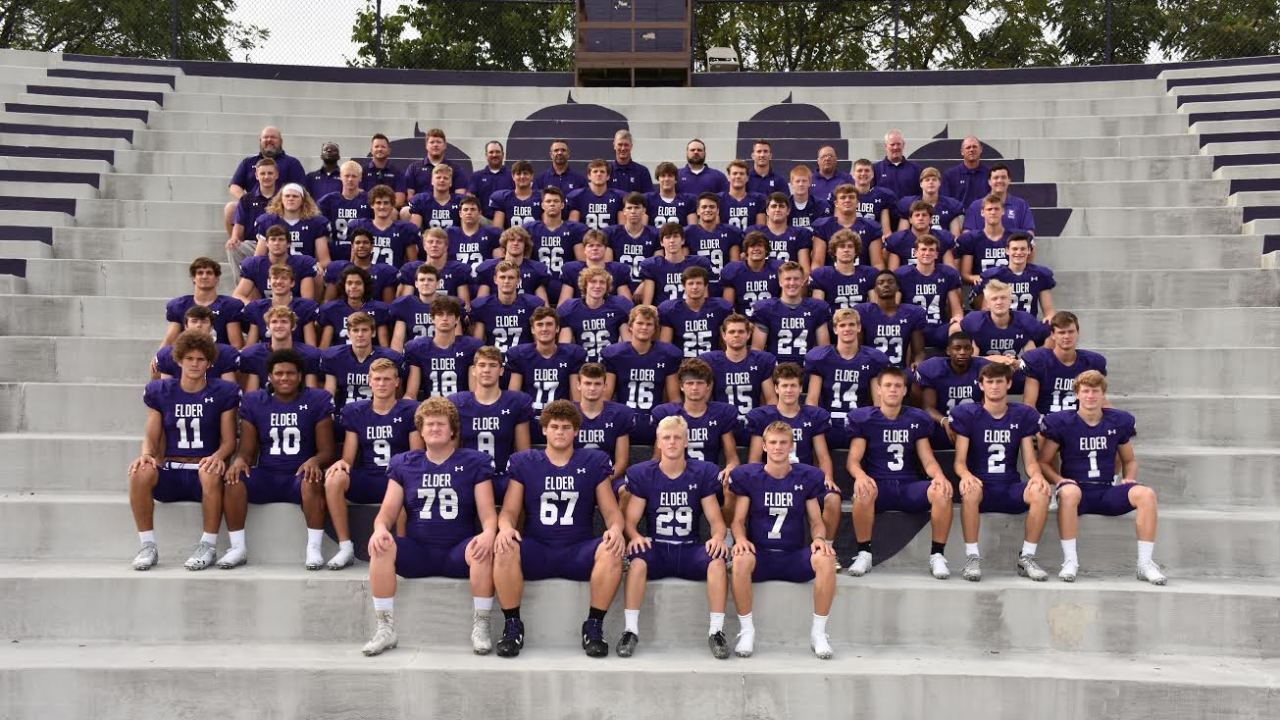 CINCINNATI — Matthew Luebbe has dreamed of playing in the state championship game.

On Friday night, that dream will become a reality for the Elder senior quarterback and his teammates at Tom Benson Hall of Fame Stadium in Canton.

“I can’t even put it into words,” Luebbe said this past weekend.

Luebbe traveled to then-Fawcett Stadium in 2008 when the Panthers were the Division I state runner-up. He remembers idolizing the players from the 2002 and 2003 state championship teams.

“I just wanted to be them one day and to have an opportunity – it’s just awesome,” he said.

Pickerington Central is ranked No. 19 nationally by MaxPreps – the highest ranked Ohio team. Elder moved up one spot to No. 21 nationally this week.

Both teams expect a physical game. It may certainly be decided in the fourth quarter.

“It’s been quite a run with this group,” Elder coach Doug Ramsey said. “I think there were high expectations for our team this year. We played a very difficult schedule. I think our kids have handled situations very well this year. We’ve had some really close games all the way through especially the last few in the playoffs.”

Only one state final this week features schools that have played each other before in the playoffs. Elder and Pickerington Central played in the 2008 state semifinal when Elder won 24-10.

Pickerington Central won the 2016 season opener 20-14 at Nippert Stadium. Friday night will be the third all-time meeting between the programs.

“The game back in 2016 was brutal,” Pickerington Central coach Jay Sharrett said. “It went deep into the fourth quarter. I expect this one will probably be the same way.”

Elder is led by several players including Luebbe who has thrown for 2,968 yards and 27 touchdowns and has rushed for 1,606 yards and 16 touchdowns.

“Matthew is a special player,” Ramsey said. “When you look at what he’s done this year. He’s in the top one or two seasons that an Elder quarterback has ever had.”

The Elder offensive line continues to play well. The Panthers are led on the left side by senior guard Luke Kandra (Louisville) and senior tackle Jakob James (Ohio State). Senior Carter Smith, who has played some right guard and right tackle also been very solid. Senior center Mason Berger has also been instrumental in making the calls and checks. “He’s done a great job for us,” Ramsey said.

Defensively, senior safety Colton Sandhas (121 tackles and two interceptions) and senior linebacker Connor Keyes (96 tackles including 10.5 sacks) have been consistent down the stretch.

“Colton Sandhas has been a man all the way through,” Ramsey said. “He led our league in tackles – well over 100 tackles. I am not sure how many points we would’ve given up on the season had Colton not been on the field.”

“I think we’ve made some really, really good strides on defense,” Ramsey said.

Pickerington Central is led by several players including senior quarterback Demeatric Crenshaw, who has rushed for 1,205 yards and 17 touchdowns. He has thrown for 1,496 yards and 12 touchdowns.

Doug Ramsey said Pickerington Central is like a combination of Winton Woods and Lakewood St. Edward.

“They have a lot of talent on both sides of the ball,” Doug Ramsey said. “They are big and very physical. Their quarterback is a big guy who is a very good runner. Defensively, they give a bunch of looks and are very fast. It’s a very well coached team.”