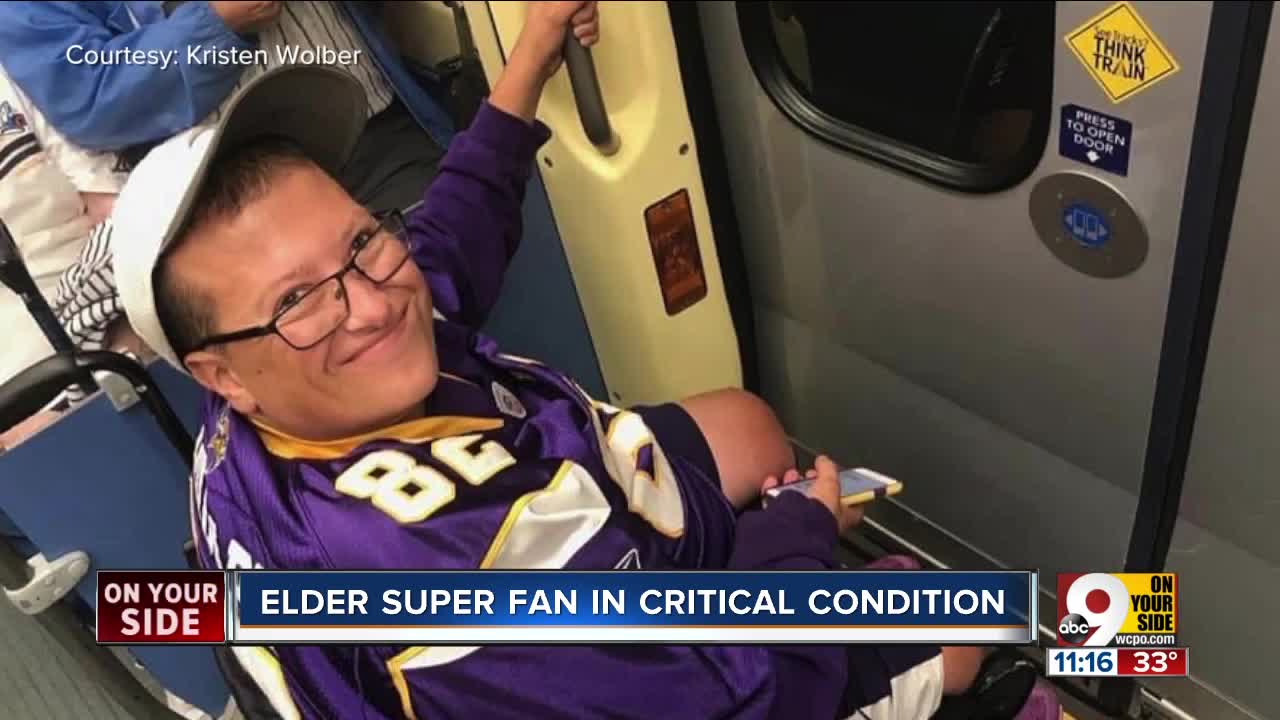 Elder High School has a lot of fans, but maybe none bigger than Jeffrey Wolber. Now that Jeffrey is in the fight of his life, the Panther Nation he has loudly and proudly supported is showing support for him.

CINCINNATI — Elder High School has a lot of fans, but maybe none bigger than Jeffrey Wolber. Now that Jeffrey is in the fight of his life, the Panther Nation he has loudly and proudly supported for years is showing support for him.

“Home games, away games. Wherever Elder is playing, Jeffrey will be there and rooting for us,” said Elder basketball coach Joe Schoenfeld.

But Jeffrey, who has spina bifida, is now battling a respiratory infection at Cincinnati Children’s Hospital, and the Elder basketball team is putting their hope in the power of prayer and keeping him in their hearts as they prepare to host rival St. Xavier on Friday without their No. 1 fan.

“Jeffrey is a superfan,” said Schoenfeld. “He’s there early for the reserve game. Can’t wait for the varsity game to start.”

You'd typically find Jeffrey right at courtside or on the sidelines at Elder football games.

“We know, win or lose, he’ll be there,” said basketball guard and football quarterback Matthew Luebbe. “He’s always yelling at us to get the best out of us."

After each game, the Elder basketball players line up to shake Jeffrey’s hand and hear his words of encouragement.

“We love shaking hands after the game. He’s just a true No. 1 fan,” said Luebbe.

Jeffrey was found unresponsive Sunday and was rushed to the ICU. So for now, Luebbe said the team Jeffrey loves will “pray every day, and hope for the best.

"We hope the more people know the more prayers we’ll get," Luebbe said.

And they'll try to win one for Jeffrey.

“We want to give back to him as best as we can. I’d be happy to win a game and see a smile on his face,” Luebbe said.

“Last night after the game, we said a prayer for him. We continue to do that before every practice and every game. We hope he can make the next one. And if not, the one after that.”

Jeffrey has been sedated since Sunday. We’ll continue to follow his progress and we’ll be there when he returns courtside to cheer on the Panthers.