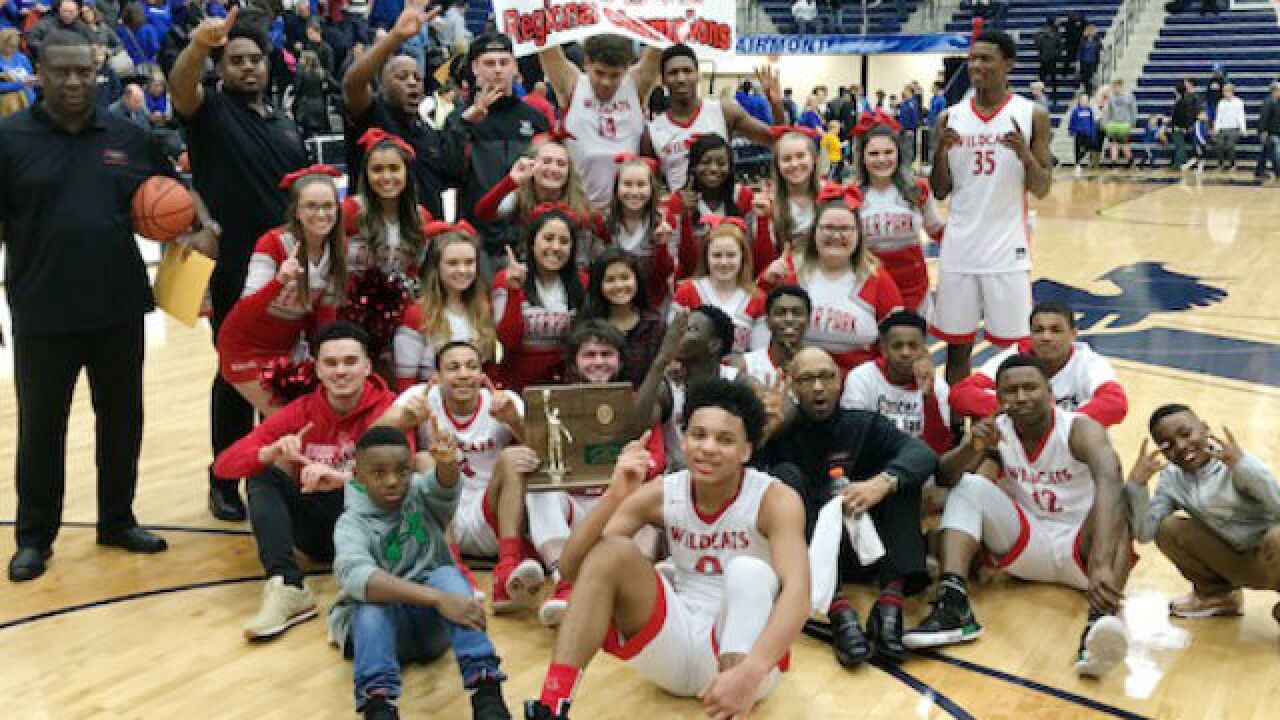 KETTERING, Ohio – The undefeated Deer Park boys’ basketball team is going to Columbus for the first time in school history.

“It means the world,” senior guard Jalen Rose said. “That was our goal from Day 1.”

“Any given night somebody can step up,” Deer Park coach Steve Gentry said. “Each night we have one or two guys that step up. Jalen Rose had a great game tonight. He knocked down some shots early and got us going. He made his free throws. It was a great team effort.

With 30 seconds left, Wise ran over the Deer Park side and shouted to the fans: ‘Let’s go. We’re going to Columbus."

Deer Park and its thrilled fans are indeed going north on Interstate 71 next week.

Deer Park will attempt to become the first undefeated area boys’ basketball team to win a state title since Georgetown (28-0) won in Division IV in 2007.

No area boys’ basketball team from Hamilton County has won a state title while going undefeated, according to the Ohio High School Athletic Association record.

Only one Deer Park team has ever won a state championship. The baseball team won the Class AA baseball title in 1977.

The boys' basketball team is certainly ready to become No. 2.

Madeira (19-8) completed a memorable season, which included a district title. The Mustangs won seven consecutive games leading up to Saturday.

Madeira coach Rick Rockwell thanked his players for their efforts and said they are ready to move forward in becoming young adults.

“Our staff and community could not be more proud of them,” Rockwell said.