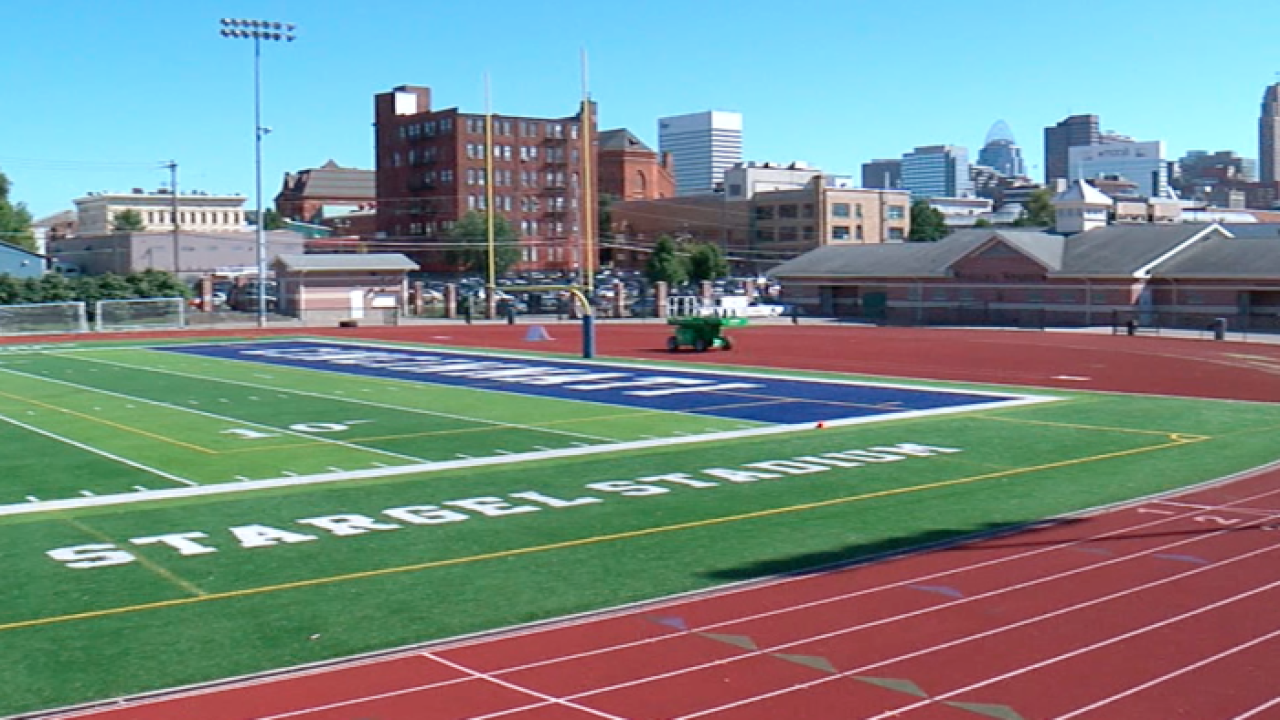 WCPO file
Stargel Stadium is scheduled to be the host of the CPS city football championship Nov. 13.

The CPS city championships are for member schools who aren't participating in the Ohio High School Athletic Association postseason in the respective sports.

In football, Clark Montessori, Gamble Montessori, Riverview East, Western Hills and Woodward are participating in a five-week CPS season with four games that count toward rankings.

Each team has one open week where they can schedule a game that will not count toward the final rankings. The top teams receive a championship bid.

The CPS city championship football game is scheduled for Nov. 13 at Stargel Stadium.

There are 11 regular-season matches that determine rankings for a 12-team tournament.

The CPS regular season started Sept. 30 and goes through Oct. 22.

The first round is scheduled for Oct. 26 with a final four format Nov. 4 concluding with a championship match at a location to be determined.

CPS athletics was given a green light by the board of education Sept. 14 after sports had been on pause since early August due to the COVID-19 pandemic.