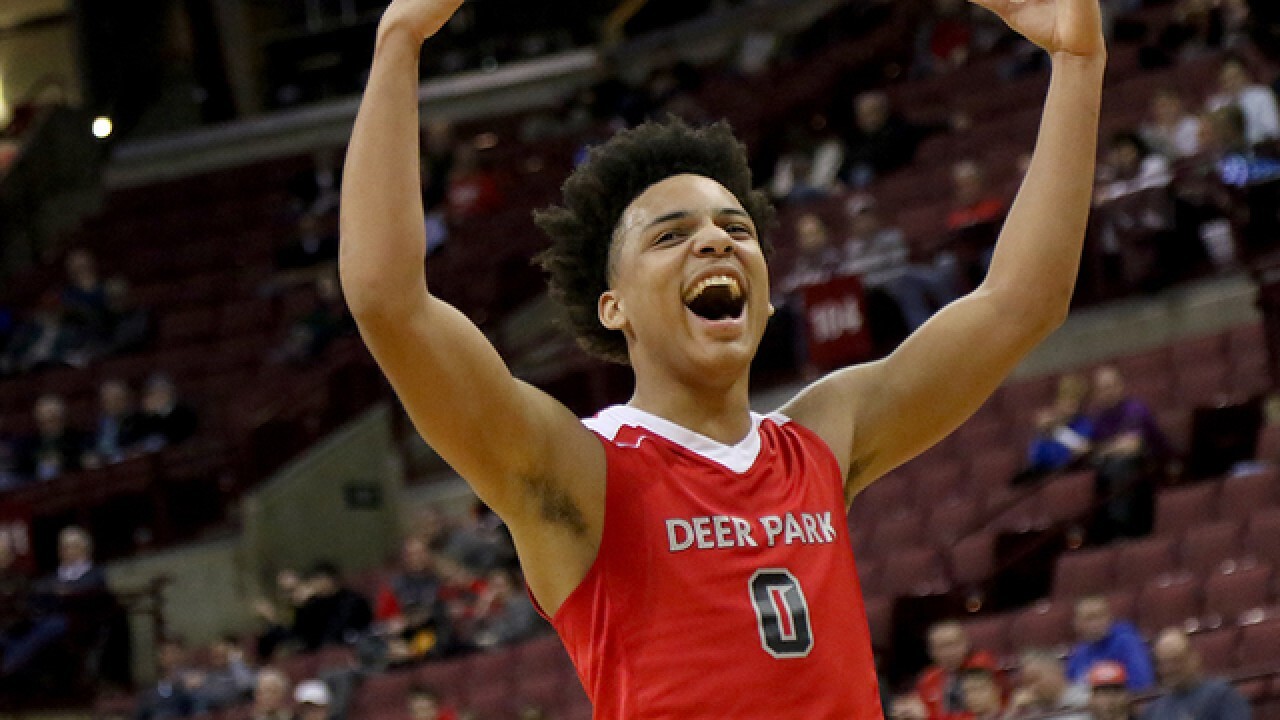 WCPO file
Mark Wise helped to lead Deer Park to the Division III state title and an undefeated season (29-0) in 2018.

Wise, a former Deer Park basketball standout, helped to lead Deer Park to the Division III state title and an undefeated season (29-0) in 2018. It was the school’s first state basketball title and its first state championship since the baseball team won the Class AA crown in 1977.

Deer Park was the only team to finish undefeated among 799 boys’ basketball teams in the Ohio High School Athletic Association in the 2017-18 season.

As a junior, he was an Ohio Prep Sportswriters Association Division III first team all-state selection and the Southwest District player of the year for Deer Park (16-8), which was a Division III district runner-up.

The 6-foot-5 guard averaged 17.8 points, 7.5 rebounds, 2.9 assists and 2.1 steals in 23 games for the Wildcats, according to the Cincinnati Hills League website.

Wise has 10 scholarship offers, according to Taft coach Demarco Bradley. Wise was also named the CHL co-player of the year with Wyoming’s Joey Edmonds (Findlay) this past season.

Hardin told WCPO it has yet to be determined how many games Wise will be eligible for this season.

"We will review if he meets a transfer exception and then will send paperwork up to the OHSAA at that time," Hardin said.

Taft (19-4 in 2018-19) is expected to announce its season schedule soon. The Senators were a Division II district runner-up last season. Taft is a Division III program for this upcoming season.

Wise is the second high-profile basketball player this month who has enrolled at Taft. Rayvon Griffith, a 2023 wing, enrolled at Taft Aug. 9, according to Bradley. Griffith announced in May he would attend Hughes after attending Oyler in middle school. But, he ultimately decided on attending Taft.

Griffith, who is listed at 6-foot-6, is rated one of the nation’s top players in the 2023 class. He has a scholarship offer from Kent State and interest from several other college basketball programs.