Miami's getting MLS franchise may be good news for FC Cincinnati 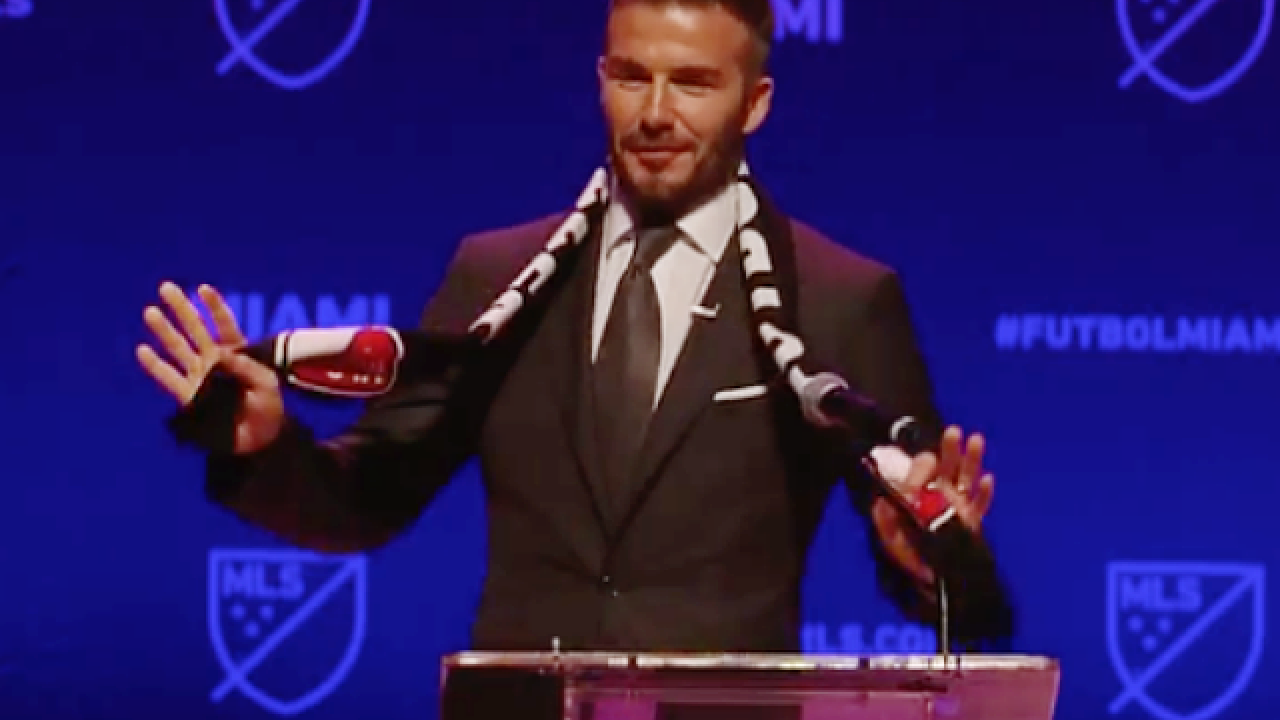 Copyright 2018 Scripps Media, Inc. All rights reserved. This material may not be published, broadcast, rewritten, or redistributed.
<p>MIAMI - David Beckham speaks to a crowd of Miami leaaders and soccer fans after being awarded a Major League Soccer franchise Monday.</p>

CINCINNATI -- FC Cincinnati fans should not be alarmed because Miami got a Major League Soccer franchise Monday. In fact, it might be good news.

If nothing else, the Miami announcement could speed up the awarding of the next MLS expansion franchise to Cincinnati or its competitors, Sacramento and Detroit.

It could also mean FC Cincinnati would join MLS sooner than expected.

The Miami Herald and ESPN reported that David Beckham's group will start play in 2020 - not in 2019, as MLS had planned. That could leave a 2019 slot for Cincinnati - if it is selected - or for Nashville, which was chosen last month.

"Bringing an MLS club to Miami has been a hell of a journey," Beckham acknowledged Monday after four years of trying.

As a worldwide soccer icon, Beckham got a sweetheart deal to become a future MLS owner when he agreed to play for LA Galaxy in 2007.  He was guaranteed a franchise for the bargain-basement expansion fee of  $25 million. The current rate is $150 million.

We’re live in Miami for a major announcement… #FutbolMiamiMLS https://t.co/OmParfG18K

But the former superstar for Manchester United and Real Madrid had difficulty putting together an investment team and a stadium site. He had to fight a lawsuit over a $9 million purchase of a plot of land from Miami-Dade County to be used for the team's planned 25,000-seat stadium.

It remains unclear when construction will get underway or when the privately-financed stadium will open. Beckham said his group will build a training center and an academy focused on developing local players.

"Our pledge to our fans in Miami and around the world is simple: your team will always strive to make you proud on the pitch, our stadium will be a place that you cherish visiting, and our impact in the community and on South Florida's youth will run deep," Beckham said.

A pep rally, with a few hundred fans in attendance and a red carpet interview area snaking through the media room, was intentionally benign in many respects. The MLS logo for all the signage had a black background, with the word "Miami" printed below it in white. Specific details were few and far between.

"We'll be the best team," Beckham said. "When I was awarded the team, there was only one city for me. Only one city, and it was here."

This will be South Florida's second crack at MLS. The Miami Fusion played from 1998 through 2001 in Fort Lauderdale, about a half-hour's drive north of Miami, and folded because of poor attendance.

The return of the Miami market is the latest chapter in the league's steady expansion.