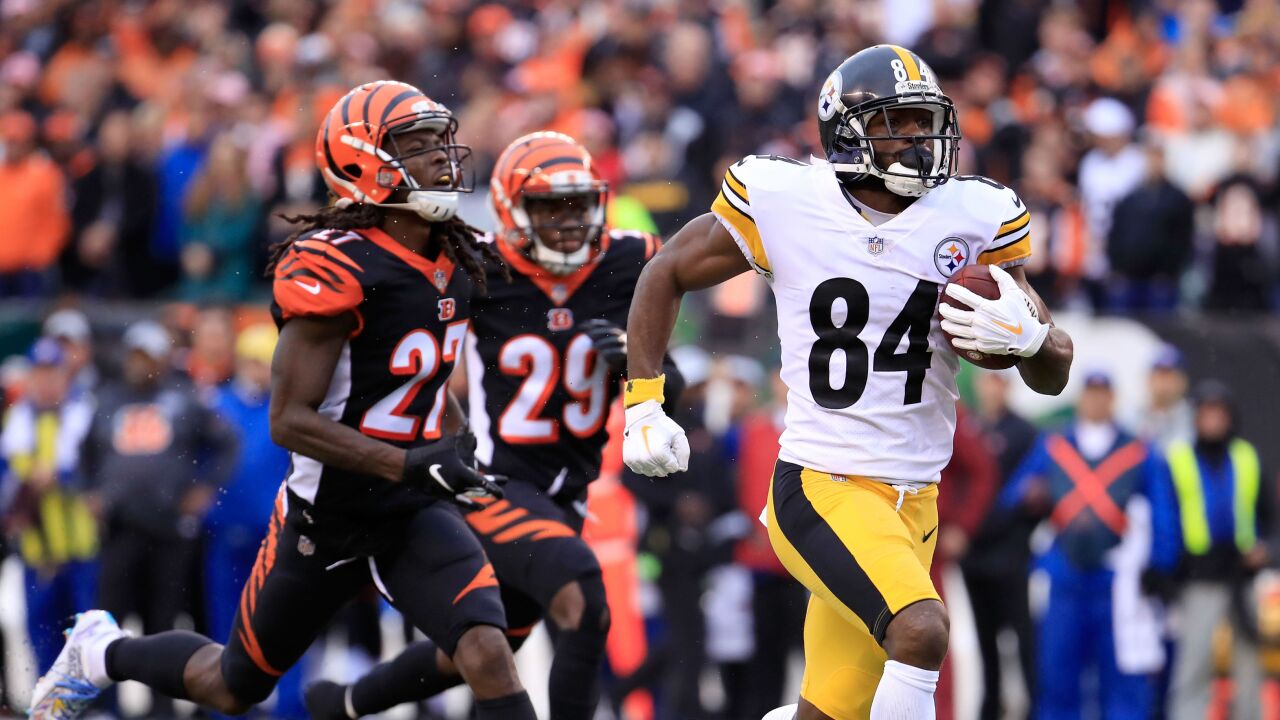 The team announced on Twitter that they were officially releasing the former Pittsburgh Steeler on Saturday morning.

The Raiders have released WR Antonio Brown from the team today.

Earlier Saturday, the Associated Press reported that Brown asked the Raiders to release him a day after he was fined for an outburst at practice toward general manager Mike Mayock.

Brown posted on his Instagram account Saturday morning that he's not angry but wants the "freedom" to disprove his skeptics.

"I have worked my whole life to prove that the system is blind to see talent like mines (sic)," he wrote. "Now that everyone sees it, they want me to conform to that same system that has failed me all those years. I'm not mad at anyone. I'm just asking for the freedom to prove them all wrong. Release me @raiders. #NOMore"

The latest twist to this melodrama comes a day after Brown returned to the team following a one-day banishment and apologized in a meeting and in a brief public statement. Coach Jon Gruden said the plan was for Brown to play in the opener Monday night against Denver, but that could all change now.

A person familiar with the situation said Brown had been fined by the team Friday for the confrontation with Mayock in practice two days earlier. The person spoke on condition of anonymity because the fine wasn't announced. That dustup came after Brown posted a letter Mayock had sent him detailing nearly $54,000 in fines for missing a practice and walkthrough.

ESPN reported the new fine was for $215,073 for conduct detrimental to the team, allowing the Raiders to release Brown before the season opener without having to pay him more than $29 million in guarantees over the next two years.

Brown later sent an email to ESPN saying: "no way I play after they took that and made my contract week to week," the Associated Press reports.

Brown also posted a video on YouTube on Friday night that includes audio of a phone conversation with Gruden from an unspecified date. Gruden asks Brown whether he wants to be a Raider. Brown said he does and the question is if the Raiders want him. Gruden then urges Brown to stop all the theatrics and "just play football. How hard is that? You're a great football player. Just play football."

The video ends with Brown saying, "I'm more than just a football player, man. I'm a real person. It ain't about the football. I know I can do that. I show you guys that on the daily. This is my life. Ain't no more games."

The Raiders acquired Brown after he wore out his welcome in Pittsburgh. Oakland gave up only a third- and fifth-round pick for the four-time All-Pro receiver and gave him a hefty raise with a new three-year contract worth $50.125 million.

The Raiders have been counting heavily on Brown to spark an offense that lacked playmakers a year ago. Brown had 686 catches and 9,145 yards receiving the past six seasons with the Steelers, the best marks ever for a receiver in a six-year span.

But Brown was unable to practice at the start of training camp after getting frost bite on his feet during a cryotherapy accident in France.

Brown was activated July 28 and took part in one walkthrough and part of one practice before leaving the team to get treatment for his feet and to fight the NFL and the NFLPA over his helmet.

Brown lost two grievances with the league in his attempt to use an old helmet now banned for safety reasons. He skipped practice on Aug. 18, prompting Mayock to issue an ultimatum for Brown to be "all in or all out" and also to hand him a $40,000 fine.

Brown returned to the team the following day but then missed a mandatory walkthrough before an exhibition game in Winnipeg on Aug. 22, leading to a second fine of $13,950.

Brown had several issues in Pittsburgh as well, leading to the team's decision to trade him even though he topped 100 receptions and 1,200 yards receiving in each of the past six seasons.