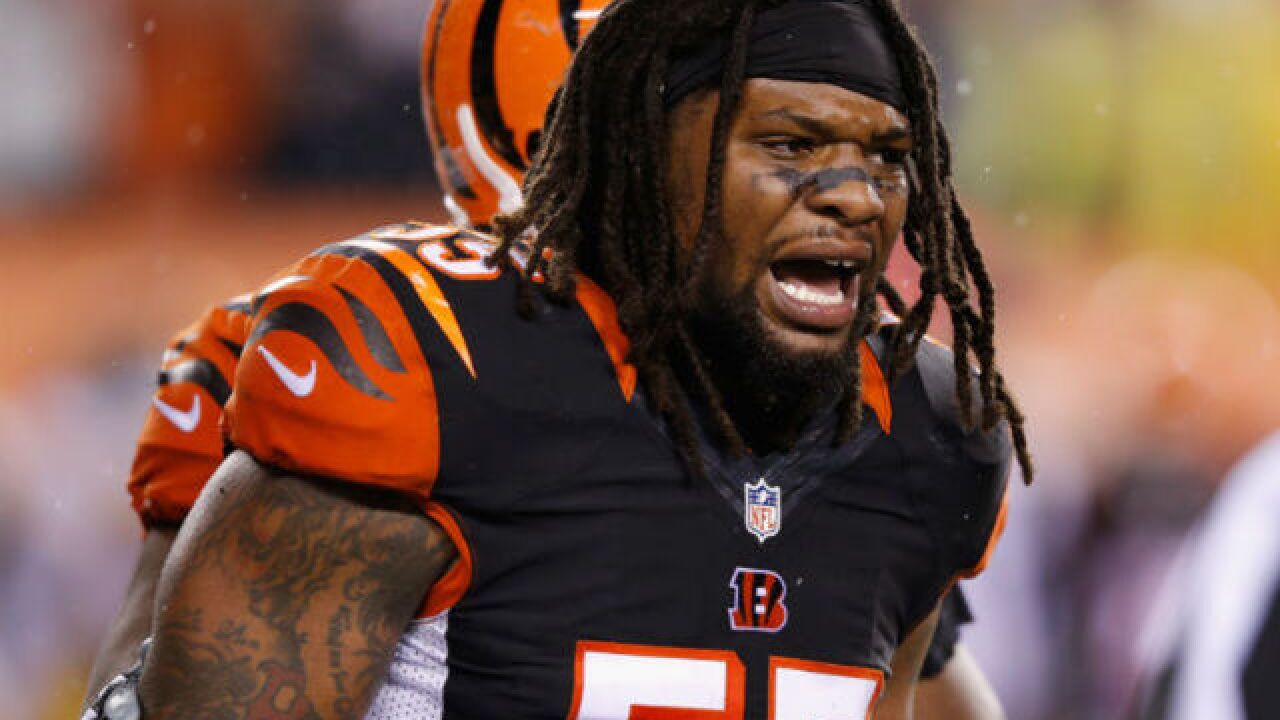 CINCINNATI -- Bengals linebacker Vontaze Burfict, who this year missed his fourth consecutive season start due to a suspension over performance-enhancing substances, returned to the roster Monday. He'll be eligible to take the field on Sunday against Miami at Paul Brown Stadium.

Burfict's history of suspensions and misconduct occasionally makes him a public relations liability for the Bengals, but teammates and coaches told Associated Press reporter Joe Kay his absence left a leadership hole in the defensive line.

"We have to have the other guys assume the leadership, the communication, everything that way," coach Marvin Lewis said during July training. "He's such a dominant personality that we almost have to stifle him in order to do that."

The suspensions that forced Burfict out of the season's first three games in 2016 and 2017 were due to egregious hits on rival players; in 2015, he missed the first six games while recovering from knee surgery.

In all cases, Lewis said, Burfict returned from the bench quickly and resumed his leadership position on the team.

"One thing to his credit: He's been able to come back to playing as though he's been playing football," Lewis said.