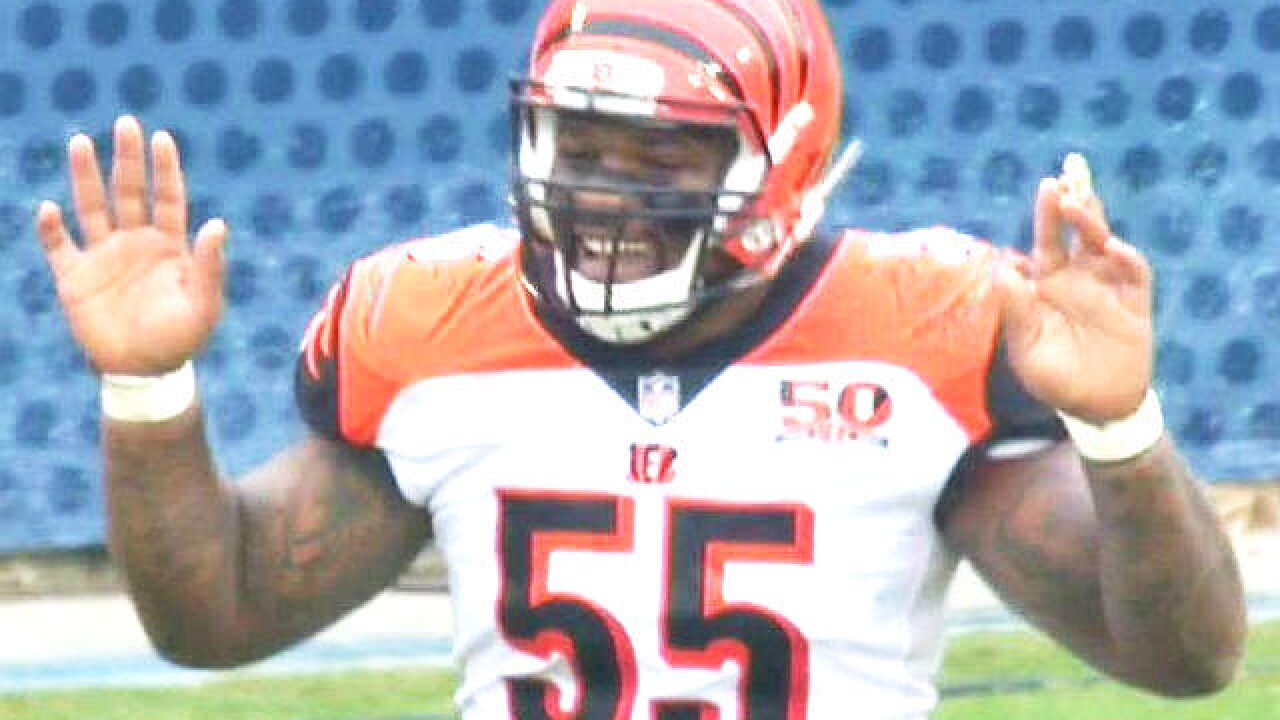 FOX
<p>Bengals linebacker Vontaze Burfict reacts after being ejected from Sunday's game against the Titans in Nashville.</p>

CINCINNATI — While the Bengals defense settles in to learn a new system during training camp, linebacker Vontaze Burfict is just passing through town.

He'll miss the start of the season for a third year in a row, this time on a four-game suspension for violating the NFL's policy on performance-enhancers. It's a conundrum for the Bengals, who have remained loyal to Burfict despite his history of misconduct and suspensions.

His absence will be especially noteworthy this year as the Bengals adjust to a new defense under first-year coordinator Teryl Austin.

When camp opens with the first practice on Thursday, they'll be teaching him the system while also preparing everyone else to play without him for the first month.

The results so far haven't been all that encouraging.

Burfict was suspended for the first three games in 2016 because of his history of egregious hits during games, including his blow to Antonio Brown's head during the Steelers' first-round playoff victory the previous season. The Bengals lost two of three and finished with a losing record.

Last year, Burfict got another three-game suspension from the league for his egregious hit on Kansas City's Anthony Sherman during a preseason game. Undeterred, the Bengals gave Burfict a three-year contract extension and got off to an 0-3 start and another losing season.

Burfict is one of the most vocal leaders on the defense. He'll practice with the team until the preseason ends and his suspension begins, preventing him from being around the team for a month.

Coaches liken it to missing an injured player, though it's not an exact comparison. When a player gets hurt, someone else steps into the job full time. In this case, the Bengals have to get the defense on the same page of the new playbook, while also getting it ready to function without one of its leaders for a significant part of the season.

They signed linebacker Preston Brown to a one-year deal in March, bringing in a player from Buffalo who can help them get through that first month without Burfict.

"We have to have the other guys assume the leadership, the communication, everything that way," Lewis said. "He's such a dominant personality that we almost have to stifle him in order to do that."

Lewis declined to say whether he would hold Burfict out of the preseason games, as he's done in the past when the linebacker faced a season-opening suspension. Austin plans to give Burfict a lot of practice time.

He has a history of getting back to speed quickly after returning from a suspension.

"One thing to his credit: He's been able to come back to playing as though he's been playing football," Lewis said.