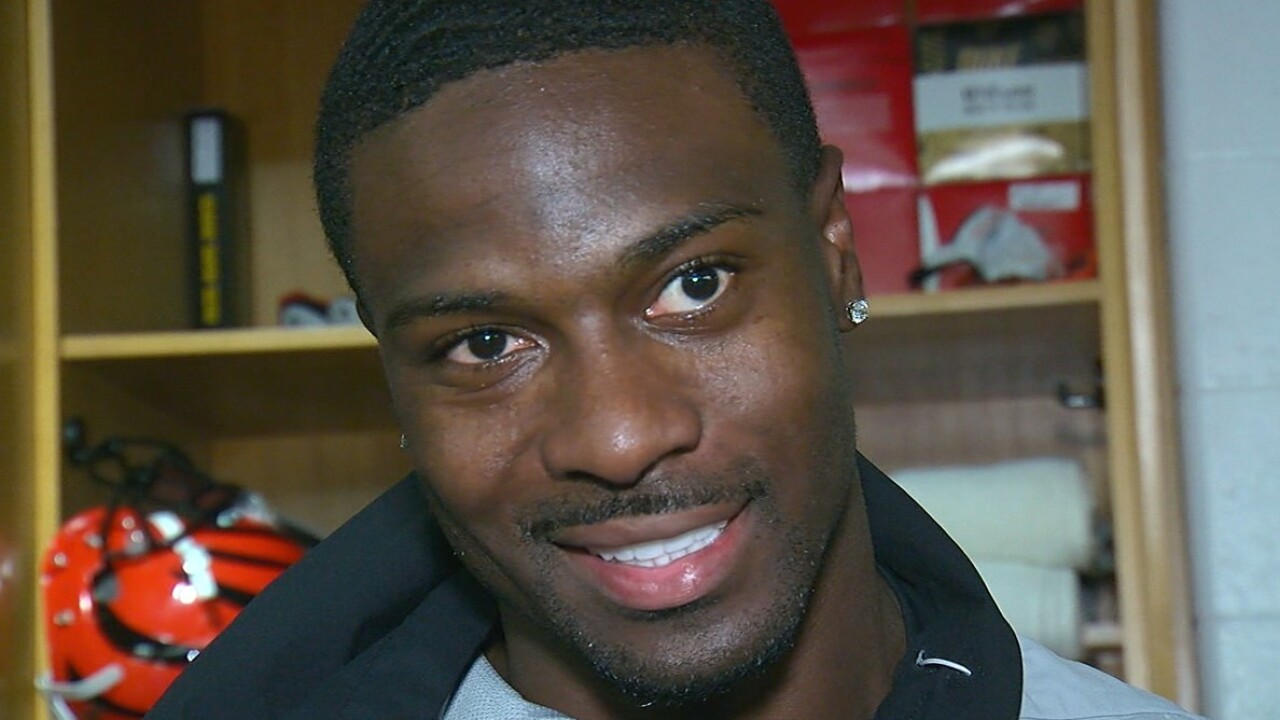 Copyright 2019 Scripps Media, Inc. All rights reserved. This material may not be published, broadcast, rewritten, or redistributed.
WCPO
A.J. Green speaks to the media in the Bengals locker room on Sept. 11, 2019.

CINCINNATI — Cody Benjamin of CBS Sports.com says it's time for the 0-8 Bengals to hold a fire sale.

With the NFL trade deadline at 4 p.m. Tuesday, Benjamin says the Bengals should not only trade A.J. Green, but Tyler Eifert, Geno Atkins and Billy Price, too. He's even got the trades figured out:

But don't hold your breath if you're waiting for the Bengals to trade any of their "key guys," says Josina Anderson of ESPN. She says the Bengals are holding pat.

Don't look for any movement from the #Bengals on any of their "key guys" by the trade deadline Tuesday, at this time. I'm told Cincinnati would still like to evaluate their roster when they get healthier after their bye this week.

Adam Schefter of ESPN says it would "make absolute perfect sense" for the Bengals to trade Green, despite coach Zac Taylor's insistence that the star wide receiver "is not going anywhere."

What good does it do to keep Green if he leaves for free agency and all you get is a compensatory third-round pick, Schefter says.

Green, an unrestricted free agent after the season, is the most obvious trade chip, even though he is still recovering from ankle surgery and hasn't played a down this season.

With their season a waste, other teams would trade veterans who don’t figure in their rebuilding, but that’s not likely to happen as long as team owner Mike Brown leans toward maintaining the status quo, says Joe Kay, the Bengals writer for Associated Press.