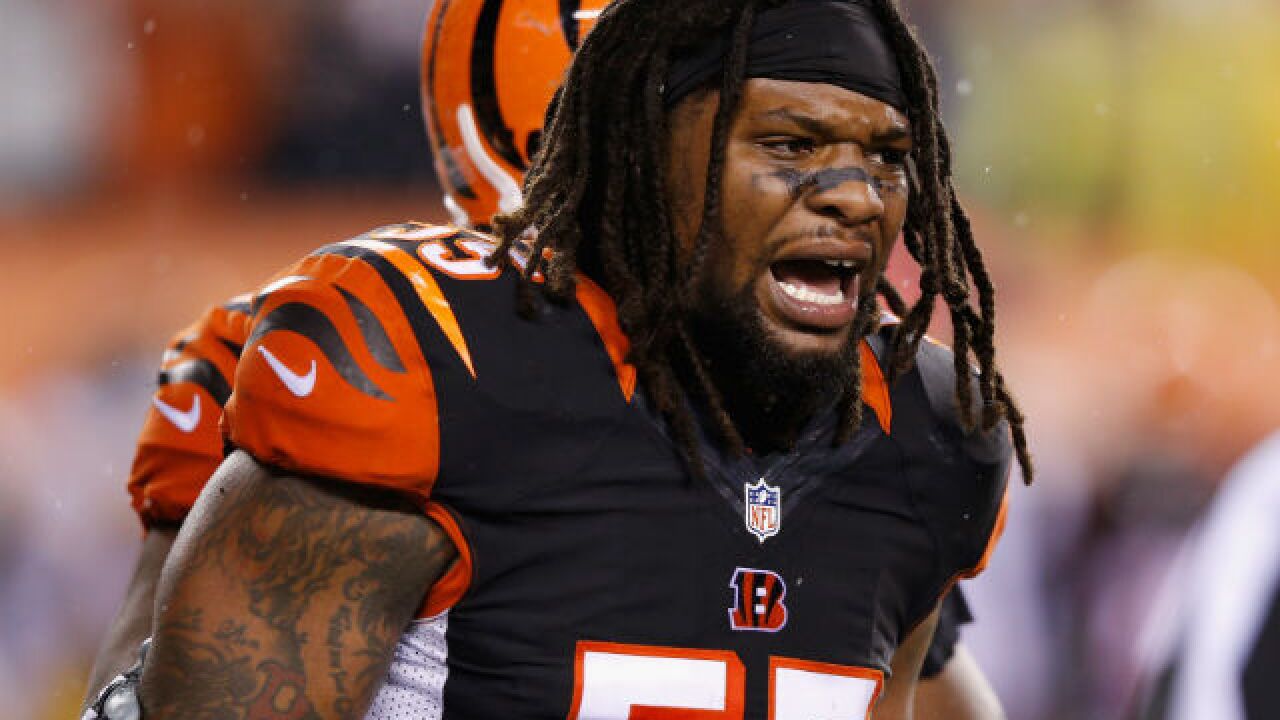 <p><span>CINCINNATI, OH - JANUARY 09: Vontaze Burfict #55 of the Cincinnati Bengals reacts in the third quarter against the Pittsburgh Steelers during the AFC Wild Card Playoff game at Paul Brown Stadium on January 9, 2016 in Cincinnati, Ohio. (Photo by Joe Robbins/Getty Images)</span></p>

CINCINNATI— Bengals linebacker Vontaze Burfict lost his appeal and must sit out the first four games of the 2018 regular season for violating the NFL policy on performance-enhancing substances, the league confirmed Thursday.

Burfict is eligible to participate in all offseason and preseason practices and games, but it's the third straight year he will be suspended when the season opens.

According to ESPN's Adam Schefter, Burfict planned to argue that he was already ruled out for the season when the disputed test occurred Dec. 27. Burfict said he was taking prescribed medication for the concussion he suffered on Dec. 4 against the Steelers and a shoulder sprain he suffered against the Lions on Dec. 24.

The NFL suspended Burfict for the first three games of the 2016 season, citing his history of egregious hits following his shoulder-to-head hit on Steelers wide receiver Antonio Brown that led to the Bengals' meltdown in the 2015 wild-card game.

He got another three-game suspension to start last season after an egregious hit on Kansas City running back Anthony Sherman during a preseason game.

Burfict also was ejected last season during a game at Tennessee for contact with an official, drawing a fine but no suspension for that infraction.

The Bengals have steadfastly supported Burfict, even giving him a three-year contract extension while he was suspended last year.

He also missed the first six games of the 2015 season while recovering from knee surgery.