Report: Bengals' Joe Mixon may be out two to four weeks after knee surgery 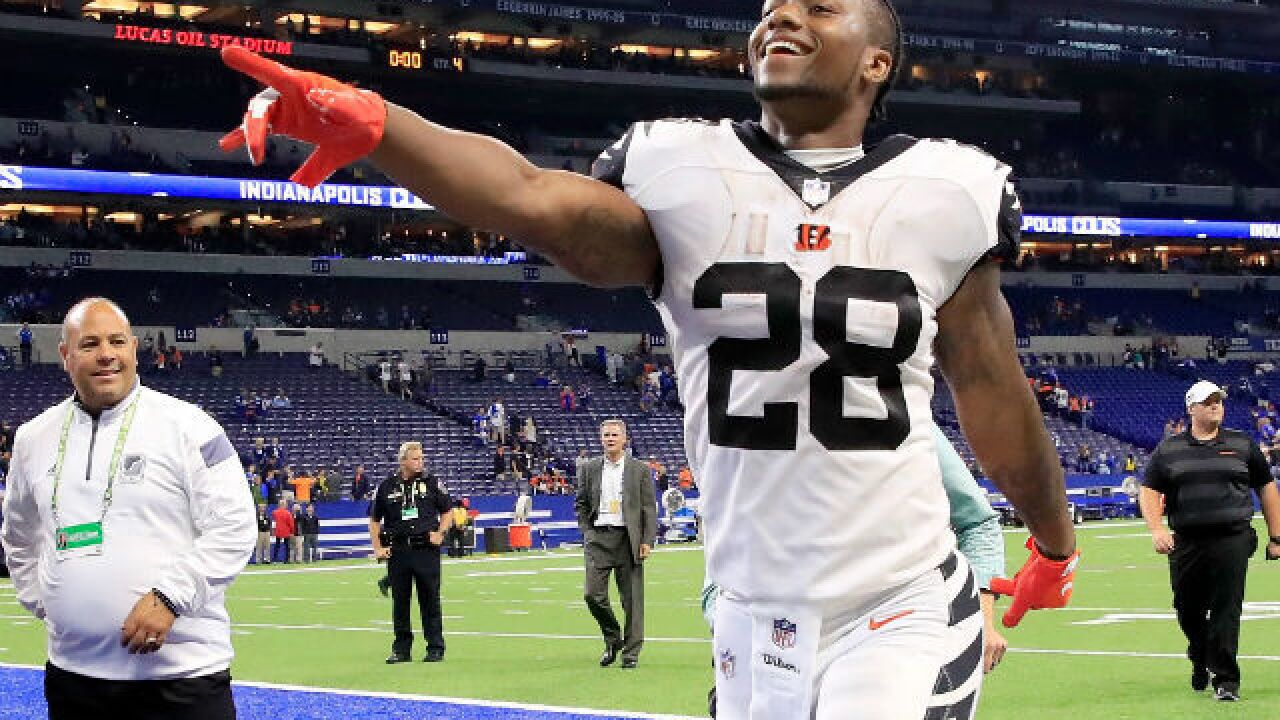 Image copyright 2018 Getty Images. All rights reserved. This material may not be published, broadcast, rewritten, or redistributed.
<p>INDIANAPOLIS, IN - SEPTEMBER 09: Joe Mixon #28 of the Cincinnati Bengals at the end of the game against the Indianapolis Colts at Lucas Oil Stadium on September 9, 2018 in Indianapolis, Indiana. (Photo by Andy Lyons/Getty Images)</p>

CINCINNATI - The Bengals may lose running back Joe Mixon for longer than first expected, according to NFL Network.

In the best-case scenario, Mixon could return after missing only one game, since playing on Thursday night in Week 2 would give him extra time to recover for a return in Week 4, NFL Network said.

Mixon had surgery to remove a small particle in his knee from a previous injury that was dislodged in Thursday night's win over the Ravens, ESPN reported.

Mixon, who continued to play off and on during the game, described the injury as "some weird tweak," according to ESPN.

"It felt weird. My knee was hurting," Mixon said. "Other than that, it's just the mental side of it. You always want to play at 100 percent, but when something is bothering you, it's hard mentally. I just had to check back in mentally and physically tough it out."

The Bengals have not commented publicly on Mixon's status.

In two victories, Mixon has done the bulk of the rushing, averaging 89.5 yards (4.7 per carry). He has also caught six passes for 57 yards (9.5 yard avg.). He scored the go-ahead touchdown in the opener against the Colts.

Gio Bernard will have to pick up the slack for Mixon.

The Bengals' next two games are at Carolina on Sept. 23 and at Atlanta on Sept. 30. After that, the Bengals play host to the Dolphins Oct. 7 and the Steelers Oct. 14.

In other Bengals' news, safety Shawn Williams was fined $10,026 for his late hit on Andrew Luck that resulted in his ejection from the opener against the Colts, according to ESPN.