Promising or pathetic? What's it going to be, Bengals? 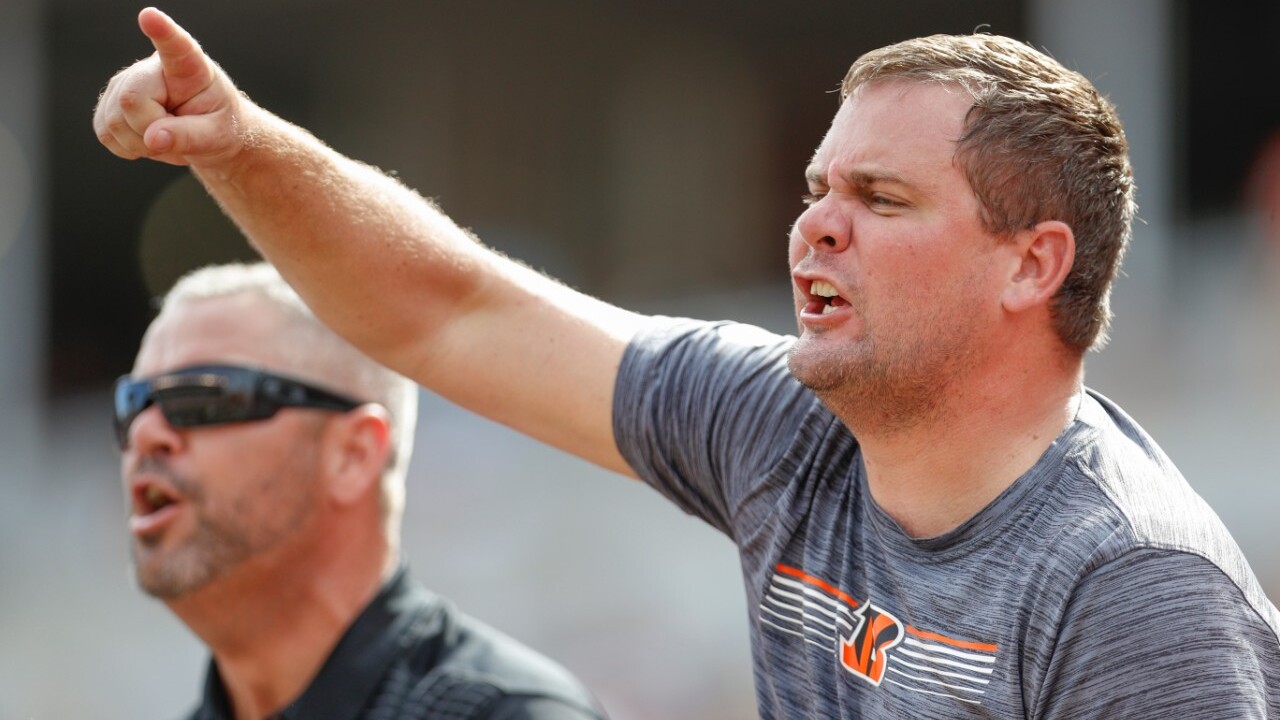 CINCINNATI — Call it a reality check.

Buoyed by their strong showing in a close, season-opening loss at Seattle, the Bengals looked forward to winning back fans and stamping themselves as a turnaround team at Paul Brown Stadium under new head coach Zac Taylor.

It couldn’t have gone any worse.

Every part of the team contributed to a 41-17 meltdown against the San Francisco 49ers on Sunday, the most points they’ve allowed in a home opener.

RELATED: Mixon to fans: Try out if you can do better

So, which is more indicative of where things stand early in Taylor’s first season? They’re clearly not as good as they looked in Seattle during a 21-20 loss , when Andy Dalton threw for a career high in yards. And they won’t likely have another performance as dreadful overall as they did against the 49ers.

“We see how close we are,” Taylor said Monday. “We’re not there yet.”

What really matters, though, is they’re 0-2 for the second time in three years with three road games ahead in the next four weeks, starting at Buffalo on Sunday, followed by a Monday night game at Pittsburgh.

Nothing worked against San Francisco, which was the most disturbing part of it all. The defense was repeatedly caught out of position and missed tackles while allowing 572 yards, including 259 rushing. The offense self-destructed and took more hits to an already depleted line. Randy Bullock missed another field goal. Many of the 50,666 fans hit the escalators at the start of the fourth quarter.

Given a chance to make a good first impression, they looked like the old Bengals.

“At the end of the day, we didn’t come to play,” running back Joe Mixon said.

The offensive line is a mess. The Bengals thought they’d improved their main trouble spot when they drafted left tackle Jonah Williams in the first round. Williams got hurt during spring workouts and needed shoulder surgery. Cordy Glenn returned to left tackle, but has missed the first two games while recovering from a concussion. Andre Smith moved to left tackle but had a groin injury in the first half Sunday. Rookie left guard Michael Jordan suffered a left knee injury and will be out for at least one game. The line hasn’t been able to open holes for running backs in the first two games; Cincinnati is averaging 29.5 yards rushing per game. On Sunday, the Bengals ran 19 times for 25 yards. Given the injuries, it’s difficult to see the situation improving significantly in the next few weeks.

Start with the coaching staff. The Bengals unveiled new offensive and defensive schemes in Seattle, and they looked good the first time around. The 49ers took note and came up with plans that picked holes in the schemes. The defense was a particular problem, getting disoriented by San Francisco’s misdirection plays. A line that dominated in Seattle didn’t get much pressure on Jimmy Garoppolo — he wasn’t sacked — and got pushed around by the 49ers’ run game.

Taylor said Monday there’s a chance that Smith could be back at left tackle for the game in Buffalo. Glenn remains in concussion protocol. Jordan’s knee injury doesn’t appear to be serious.

1.3. — That’s how many yards the Bengals averaged per carry against the Niners. Mixon had a run of 9 yards and managed only 8 yards on his other 10 carries. Giovani Bernard had 6 yards on six carries. Dalton scrambled twice for 2 yards.

They need to get the offensive line squared away somehow. In addition to the nonexistent running game, Dalton was sacked four times on Sunday and threw an interception while on the run.