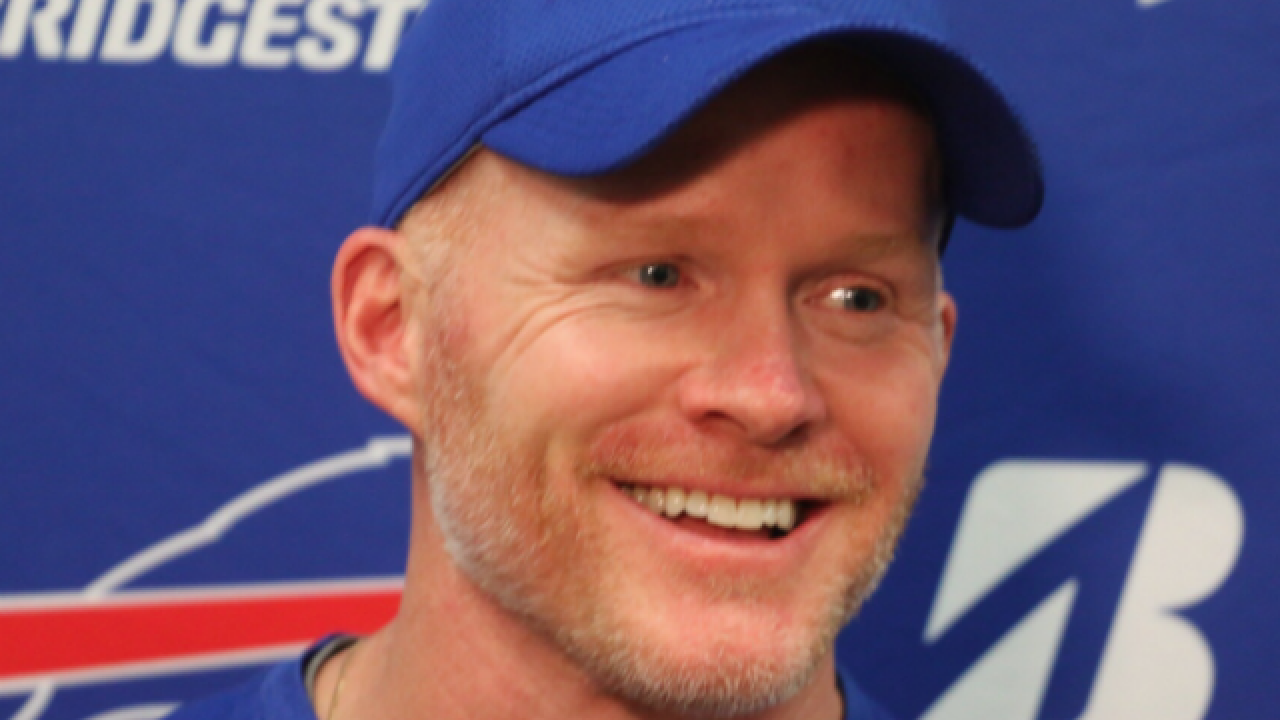 CINCINNATI - The Buffalo Bills are so grateful to the Bengals that they're sending wings to the team for ending their NFL-longest playoff drought since 1999.

The NFL's playoff seeds and first-round matchups were set in dramatic fashion Sunday, but none was more exciting than Cincinnati's last-minute win over Baltimore that lifted the Bills into the playoffs over the stunned Ravens.

The Bills watched the dramatic finish of the Bengals game on locker room TVs, and then erupted.

The Titans earned the other AFC wild-card spot by beating the Jaguars.

New Orleans won the NFC South despite losing at Tampa Bay in the final minute. It was the only division race unsettled going into Sunday.

Bills coach Sean McDermott gave a shout-out to the Bengals on Twitter. The Bills had the longest postseason drought of any pro team in North America.

McDermott: “I’m so excited for our players and fans. Everyone has sacrificed so much to be here. Thank you to the @Bengals.” pic.twitter.com/BYSYMjrLcv

"Well, I started crying, if that's a good reaction..." the former running back said in a text to The Associated Press.

The Bills' joy was tempered by the loss of 1,000-yard rusher LeSean McCoy with a right ankle injury. He was carted off the field in the third quarter and was in a walking boot after the game.