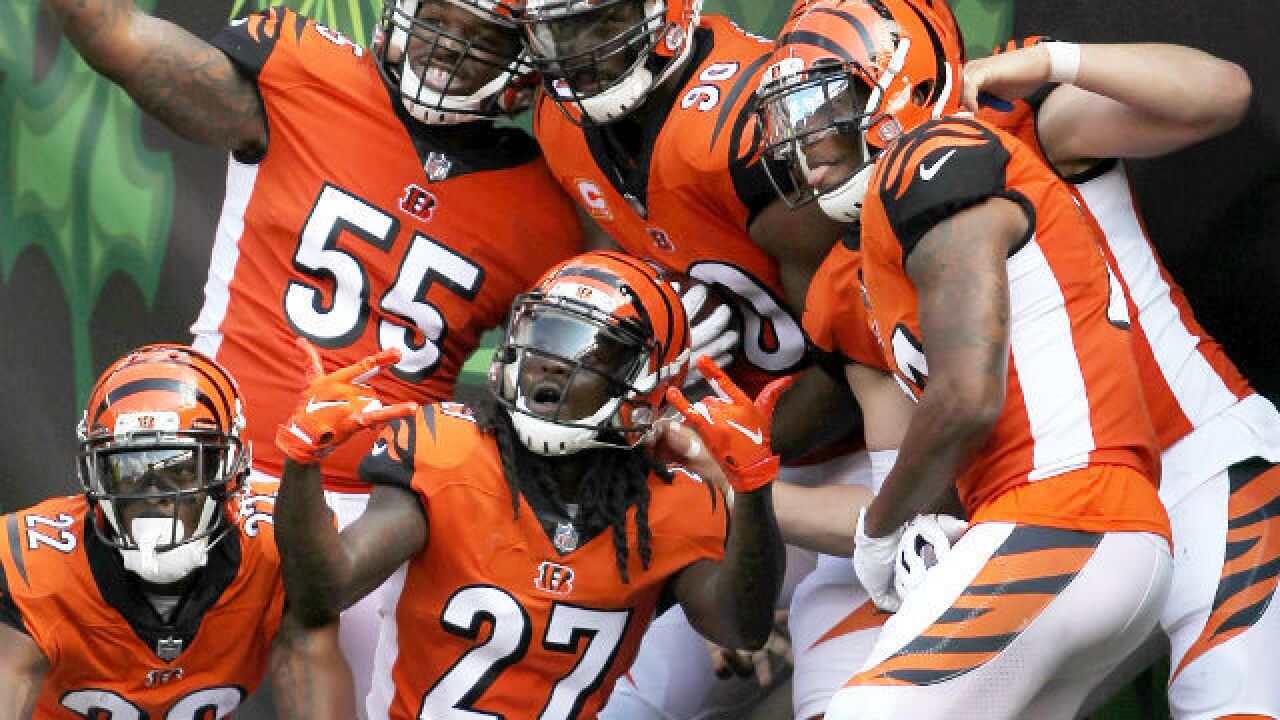 Image copyright 2018 Getty Images. All rights reserved. This material may not be published, broadcast, rewritten, or redistributed.
<p>CINCINNATI, OH - OCTOBER 7: Michael Johnson #90 of the Cincinnati Bengals (top center) celebrates with teammates after returning an interception for a touchdown during the fourth quarter of the game against the Miami Dolphins at Paul Brown Stadium on October 7, 2018 in Cincinnati, Ohio. Cincinnati defeated Miami 27-17. (Photo by John Grieshop/Getty Images)</p>

CINCINNATI -- The NFL has moved an upcoming Bengals game to primetime.

The league announced Tuesday that it "flexed" the Oct. 21 game against the Chiefs in Kansas City from 1 p.m. to 8:20 p.m.

Unless the league flexes its scheduling muscles again, this will be the only Sunday Night Football appearance for the Bengals this season.

The Bengals will still host the Pittsburgh Steelers at 1 p.m. this Sunday at Paul Brown Stadium.