But Williams and Anderson have something to prove 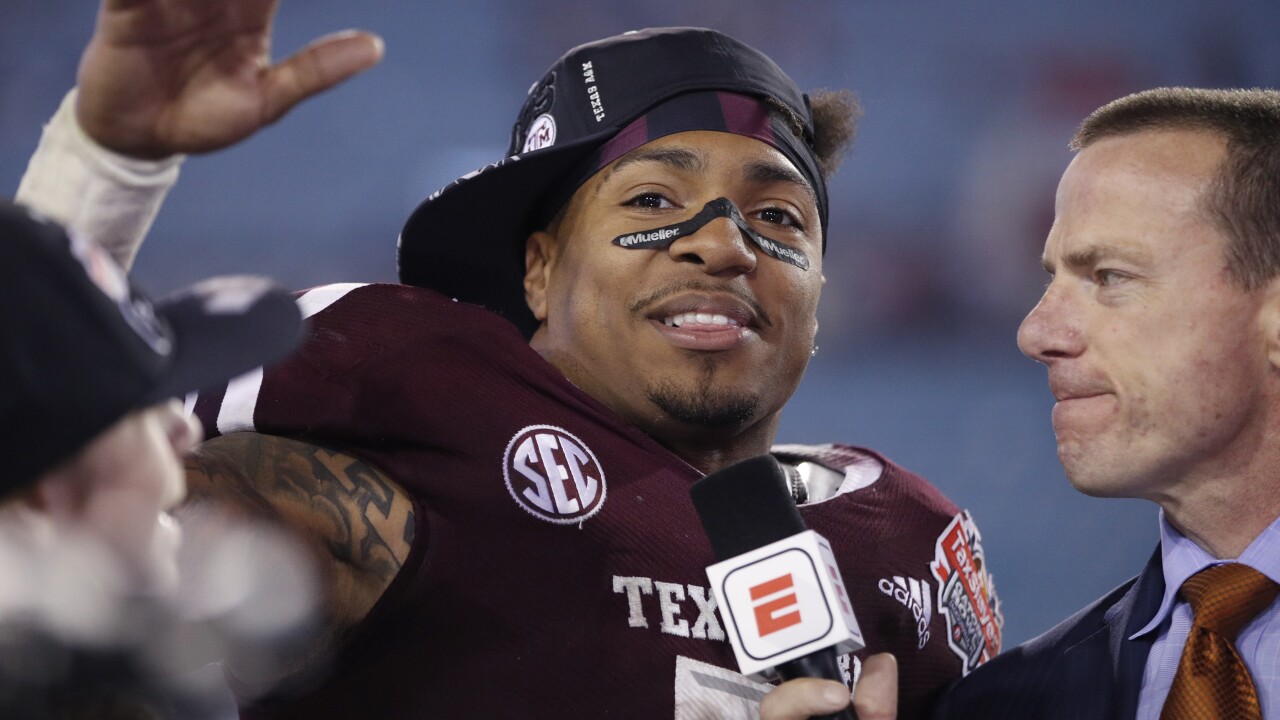 The two sixth-round draft picks were brought in to compete for the No. 3 running back spot behind Mixon and Giovani Bernard. Ultimately, one of them could end up replacing Bernard should he leave in free agency after this season.

Cincinnati selected Williams out of Texas A&M at No. 182 overall and Anderson out of Oklahoma at No. 211, doubling up on running backs for the first time since 2013, when the Bengals took Bernard and Rex Burkhead.

Both rookie running backs say they can learn a lot just being in the same room as Mixon, who led the AFC in rushing yards last year in his first season as the full-time starter.

“It's extremely exciting, a guy who's had a lot of success, being next to him and (getting the chance to) play with him and complement him and learn a lot from him,” Williams said. “Obviously, if he had success, there were things he was doing great, and anything I can learn and excel my game, I'm all for.”

Anderson would know best. He watched Mixon for two years at Oklahoma before replacing him in 2017, which was Mixon’s rookie season with the Bengals. That turned out to be Anderson’s only full campaign for the Sooners because of a series of unfortunate injuries. In that one healthy season, however, Anderson rushed for 1,161 yards and 13 touchdowns and apparently showed enough promise the Bengals were willing to take a chance on him late in the draft.

Now Anderson will be coming up behind Mixon again, if given the opportunity to stay.

“I'm really excited to get back in the same room with him,” Anderson said. “We were cool up in Norman, (Oklahoma), and I'm sure we'll be the same way (in Cincinnati). We'll stay in each other's ears and stuff like that. I'm excited."

Williams is just now getting a chance to meet Mixon after bumping into him on the way to the shower following the first practice of rookie minicamp Friday. He received a few words of encouragement in that brief interaction, but the two later exchanged messages on Twitter over the weekend expressing a mutual excitement to play together.

The two players bring a similar kind of confidence to the field.

“I expect to have a Day 1 impact,” Williams said. “Once I step on the field, it's going to be electric. It will be everything for this organization.”

“(I’ll show) electricity, leadership and just style and swagger,” he added. “Guys gotta have confidence, because if you have confidence you can affect the guys next to you and add a great vibe to the room.”

Both Williams and Anderson have something to prove, though they both could end up being considered “steal” picks for the Bengals.

Williams, an all-SEC first-team running back in 2018, was projected to go in the fourth round of the draft but likely fell because of his 5-foot-9-inch stature. The 200-pound back led the SEC and ranked third nationally when he rushed for 1,760 yards and 18 touchdowns last year, and he wrote on Twitter after the draft that he was going to make the rest of the league pay for passing on him.

Anderson will have to wait a little longer to show what he can bring to the team. For now, he is limited to rehab work, mental preparation and playbook studying.

The 6-foot, 224-pound back suffered a knee injury two games into last season after recording three touchdowns on 11 touches. He entered the Bengals’ offseason workout program still rehabbing but expects to be ready by training camp in July.

This isn’t his first experience sitting out for extended periods of time, so at least it isn’t a new process in that regard. Anderson broke his fibula covering a kickoff during the second game of his freshman year and had to have surgery to stabilize the bone and ligament that tore in his ankle. He fractured the C5 vertebrae in his neck the following summer and missed the entire 2016 season but bounced back the following year for his one big season.

“It is what it is, but I definitely do wish I could be out there running around with everybody else, catching passes, taking handoffs, stuff like that. But it’s God’s timing,” Anderson said. “It will happen when it's supposed to.”

Head coach Zac Taylor still exudes confidence in Anderson despite his injury history and said he can still benefit from learning the mental side of the Bengals’ system while everyone else is working on both that and the physical aspect of the game.

“He’s a guy that we thought highly of, with the stuff that he could put on tape when he did play in college,” Taylor said. “He’s in the rehab phase, and we knew that when we drafted him that he wouldn’t be practicing this offseason. He’s in there with Coach Singleton (Bengals running backs coach Jemal Singleton) getting the mental part of it down. I have no worries that he will be able to do that and continue with the rehab, and so when training camp rolls around we’ll see where he is at that point.”

On the field or in the classroom, Anderson and Williams both already seem to be fitting in well with Mixon and the rest of the group.

Both natives of Texas, Williams and Anderson said having Mixon and Bernard as guides will help in their adjustment to the league. Going through the settling-in process together as rookies and lockermates adds another level of comfort.

“It’s always good when you’ve got people to bounce ideas off of and help learn the system and stuff like that,” Anderson said. “It also helps the competitiveness to stay up. It’s definitely a good thing, I think.”