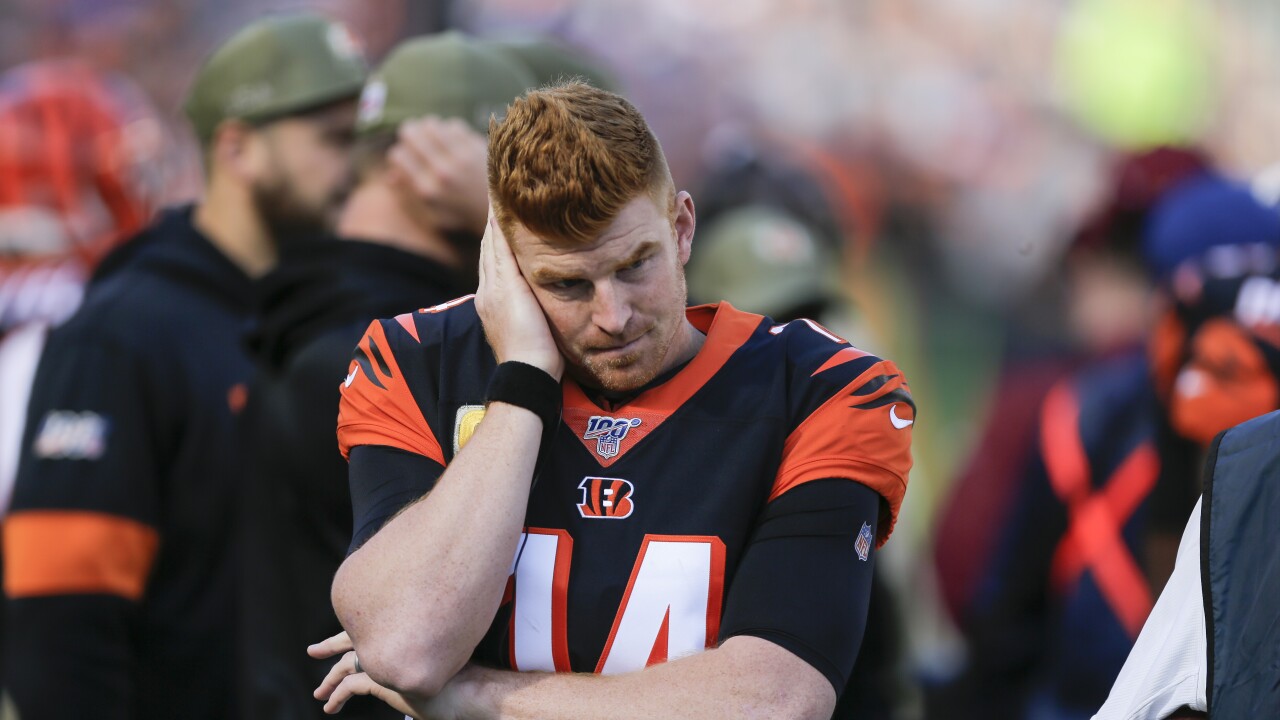 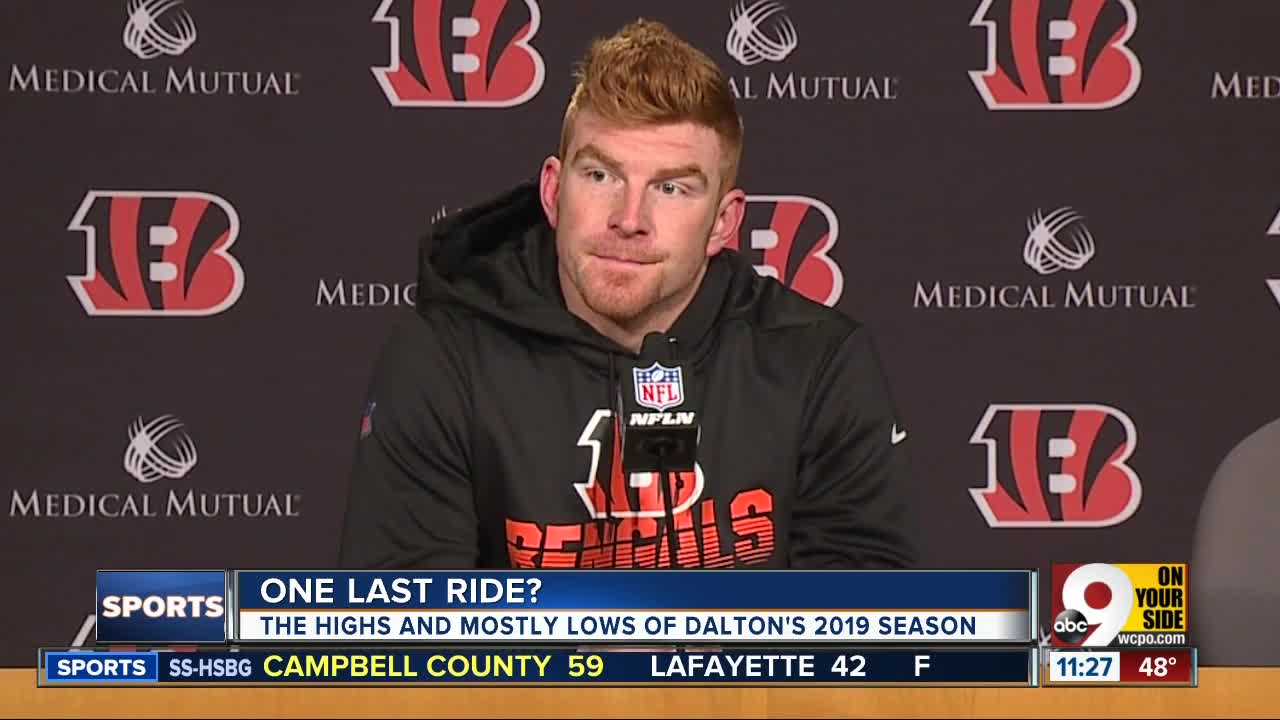 Yet another dismal season of professional football in Ohio concludes within the state's borders — a most appropriate finish for two franchises with more big questions down the road.

The Browns (6-9) and Bengals (1-14) get together at Paul Brown Stadium on Sunday in what will likely be a final "Battle of Ohio" for some of the main participants.

"I understand the possibility of it," said Andy Dalton, finishing up his nine-year reign as the Bengals' franchise quarterback.

He's not alone on the cusp of change.

The Browns make the trek to the southern edge of the state with a head coach unsure whether he'll survive a first season that's been utterly disappointing. Cleveland was a chic Super Bowl pick after Baker Mayfield had an impressive rookie season and Odell Beckham Jr. joined the receiving group.

Mayfield regressed behind a struggling offensive line, and an injured Beckham made more news for his expensive watch than his touchdown catches. The team's 2-6 start sparked talk that Freddie Kitchens could be one-and-done.

Heading into the final game, he hadn't talked to ownership or the front office about his future.

"I have not gotten anything but total support from those guys," Kitchens said. "They want me doing my job, and that is what I am trying to do on an everyday basis."

And then there's the Bengals.

Owner Mike Brown finally pulled the plug on coach Marvin Lewis after 16 seasons and hired Zac Taylor in a break from the team's past. The Bengals then plunged into a season that's been as bad as any in their 52-year history.

With only one win, Taylor's team will rank as one of their worst all time. The Bengals will pick first in the draft, giving them a chance to take Joe Burrow or another quarterback who will supplant Dalton.

For some, Paul Brown Stadium will be the end of the road.

The second-round pick in 2011 took the Bengals to their best moments in the past three decades, leading them to the playoffs in each of his first five seasons. He set numerous club passing records but couldn't get them that elusive playoff win.

Dalton has one year left on his contract, so the Bengals could keep him to mentor a new quarterback through a rookie season. Or they could trade him to a team looking for an experienced quarterback.

Either way, it's his final game as the Bengals' franchise quarterback.

A.J. Green came into the NFL along with Dalton in the 2011 draft, and he, too, has set numerous club marks. Green is a free agent after the season, leaving his future in Cincinnati uncertain as well.

If there's no agreement on an extension, the Bengals could use their franchise tag to keep him around for one more year to help a rookie quarterback get settled. But Green says he won't participate in offseason activities if that's the case, a way of forcing the club's hand.

Nick Chubb is closing in on the league's rushing title. He enters the season finale with 1,453 yards, the most by a Cleveland back since the legendary Jim Brown gained 1,863 in just 12 games in 1963. Chubb leads Carolina's Christian McCaffrey by 92 yards and has a chance to clinch the title against a Bengals defense that has struggled against the run.

"I care because everyone else cares," said Chubb, who insists he's not focused on the title.

Linebacker Joe Schobert says it would mean a lot to Chubb's teammates for him to get it.

The Browns will finish the 2010s without a winning season. They're the only team in the league that didn't win at least eight games once over the past 10 years.

The Bengals wrap up their fourth straight losing season. They haven't won a playoff game since the 1990 season, the fifth-longest streak of postseason futility in the NFL's century-old history. During that 29-year span, they've had only seven winning seasons.