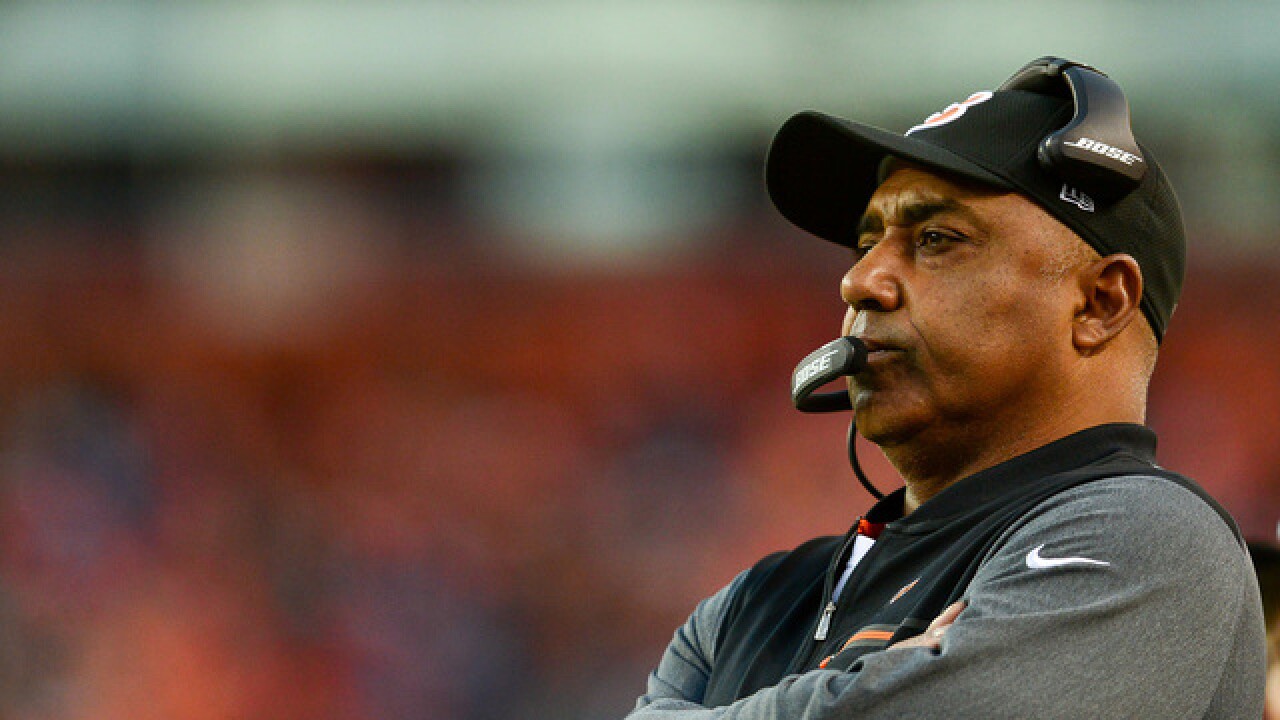 Copyright 2017 Scripps Media, Inc. All rights reserved. This material may not be published, broadcast, rewritten, or redistributed.
Dustin Bradford/Getty Images
<p>DENVER, CO - NOVEMBER 19: Head coach Marvin Lewis of the Cincinnati Bengals looks on from the sideline during a game against the Denver Broncos at Sports Authority Field at Mile High on November 19, 2017 in Denver, Colorado. (Photo by Dustin Bradford/Getty Images)</p>

The school announced the hiring on Tuesday. Lewis spent 16 seasons coaching the Bengals and is the franchise's all-time wins leader with 131. He led Cincinnati to seven playoff appearances, including five straight from 2011-15, and four division titles.

The 60-year-old Lewis previously was the defensive coordinator for the Baltimore Ravens from 1996-2001 and helped lead them to a Super Bowl victory in 2000. He also worked as an assistant coach with the Washington Redskins and Pittsburgh Steelers.