Quarterbacks have career days against Cincy 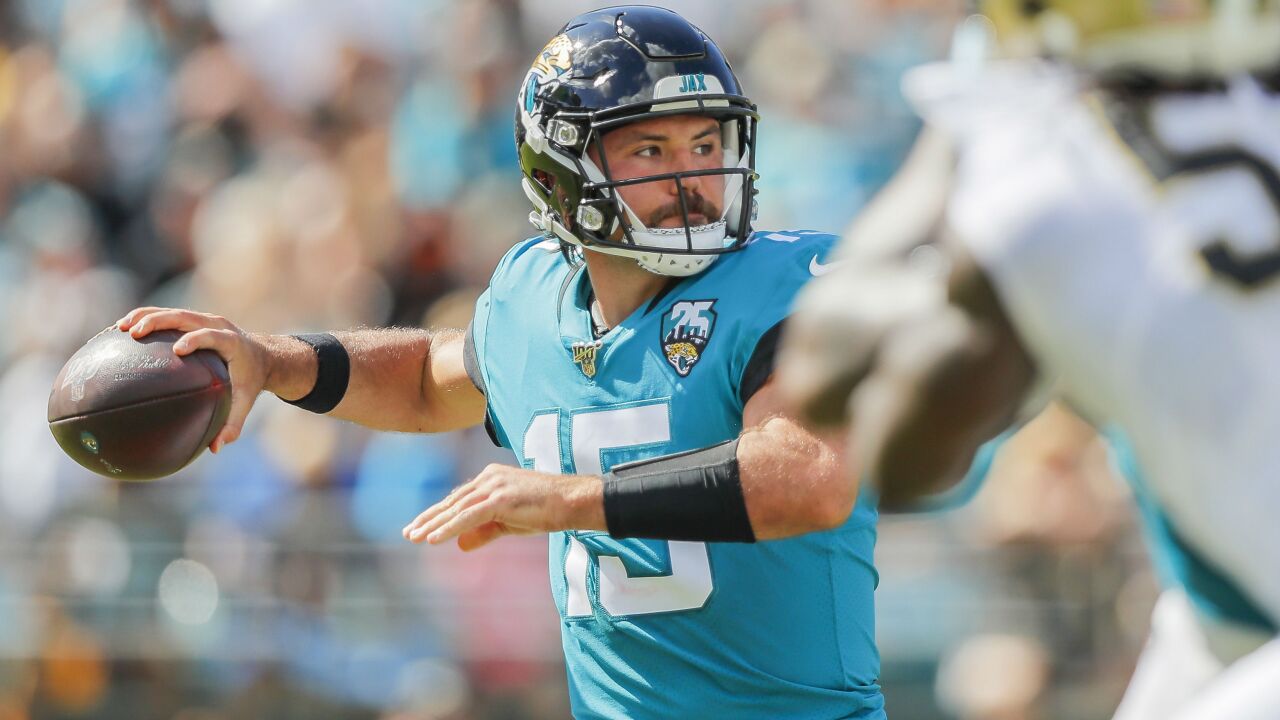 CINCINNATI — The past three quarterbacks who faced the Bengals had career days. Can Gardner Minshew make it four?

A so-so showing last week threw a little cold water on Minshew-mania. The Jaguars' rookie with the distinctive ’stache has a chance to re-ignite it against one of the NFL’s two winless teams.

Minshew looked very ordinary during the Jaguars’ 13-6 loss to the Saints. Jacksonville (2-4) was held to a season-low 226 yards and a pair of field goals. Minshew threw for only 163 yards with an interception.

The sixth-round pick became an overnight sensation after Nick Foles got hurt in the opener. He leads all rookies with nine touchdown passes in six games and a passer rating of 97.5. A little of the luster came off in that ragged showing last week.

Asked if it’ll be easier to play at Paul Brown Stadium without the mania, Minshew smiled and said, “I don’t listen to it much anyway. It’s about the same.”

Cincinnati fell to 0-6 for the first time in 11 years when Lamar Jackson ran for a career-high 152 yards last Sunday in Baltimore’s 23-17 win. A week earlier, Kyler Murray ran for a career-high 93 in the Cardinals’ first win. Pittsburgh’s Mason Rudolph had a good time during a 27-3 win the previous Monday night.

And things are only getting worse in Cincinnati. The Bengals are last in the league at stopping the run, and they’re expected to be without their top two cornerbacks, Dre Kirkpatrick and William Jackson III, on Sunday.

The previous time the Bengals opened 0-7 was 2008, when they dropped their first eight under coach Marvin Lewis. As October starts to wind down, first-year coach Zac Taylor is still looking for that inaugural win.

“It’s one of those things where we didn’t expect it to look like this coming into the year, but it’s where we are,” quarterback Andy Dalton said. “You still go to work, and you still love this game. It has been tough, though.”

Some things to watch Sunday at Paul Brown Stadium:

The Jaguars dealt top cornerback Jalen Ramsey to the Rams for three draft picks Tuesday, parting ways with a two-time Pro Bowl player who wanted out. Ramsey had requested a trade and missed the past three games with a back injury. Coach Doug Marrone addressed it with players as he got them focused for Cincinnati.

“We did a good job not letting that distract us,” cornerback A.J. Bouye said. “Now we just have to move forward.”

Nobody stands a better chance for a big game than Jaguars running back Leonard Fournette, who is second in the AFC with 584 yards rushing and is averaging 5.1 yards per carry. He’ll be facing a defense that has allowed 5.3 yards per rush — worst in the league — and has already allowed three opponents to rush for more than 250 yards. Cincinnati has by far the worst run defense in the NFL, allowing 184.5 yards per game. Jackson had his big day in Baltimore’s win last Sunday even though the Bengals focused on stopping his runs.

“When you’ve got a minimum of two guys on the guy and they don’t make the plays, it is disconcerting,” defensive coordinator Lou Anarumo said.

Slot cornerback Darqueze Dennard returned to Bengals practice this week after being sidelined since knee surgery in March. Even though he hadn’t played a snap since last year, he’s likely to see a lot of playing time.

“I’m kind of an even-keel guy,” Dennard said. “A lot of these games have been like roller coasters — high emotions and lows and all that type stuff. So I’m going to keep everybody calm.”

HOW MANY WILL COME