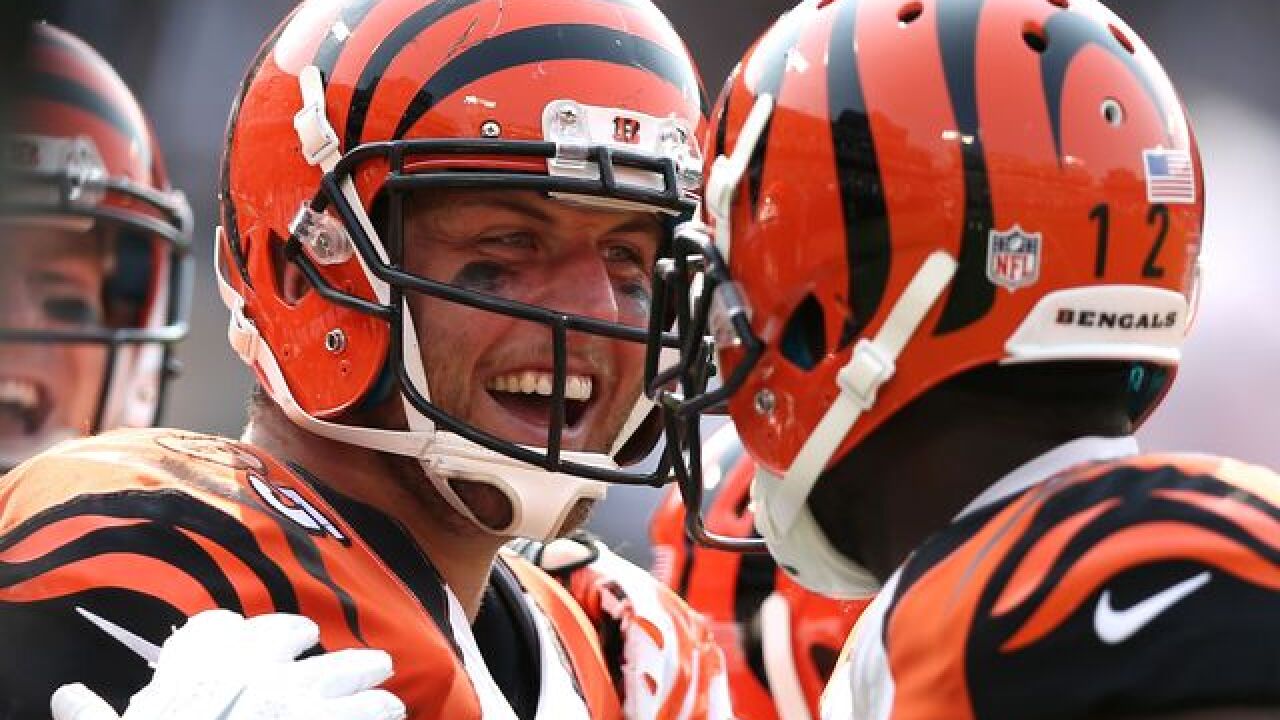 Ezra Shaw
<p>OAKLAND, CA -  Tyler Eifert of the Cincinnati Bengals celebrates after catching a touchdown pass with Mohamed Sanu (right) during their  NFL game against the Oakland Raiders at O.co Coliseum on Sept. 13, 2015. (Photo by Ezra Shaw/Getty Images)</p><p> </p>

Eifert played in 16 games last year for the first time in his seven NFL seasons, all with Cincinnati.

Nonetheless, he could provide a big upgrade for Jacksonville.