Is Dolphins owner still desperate to trade up for Joe Burrow? 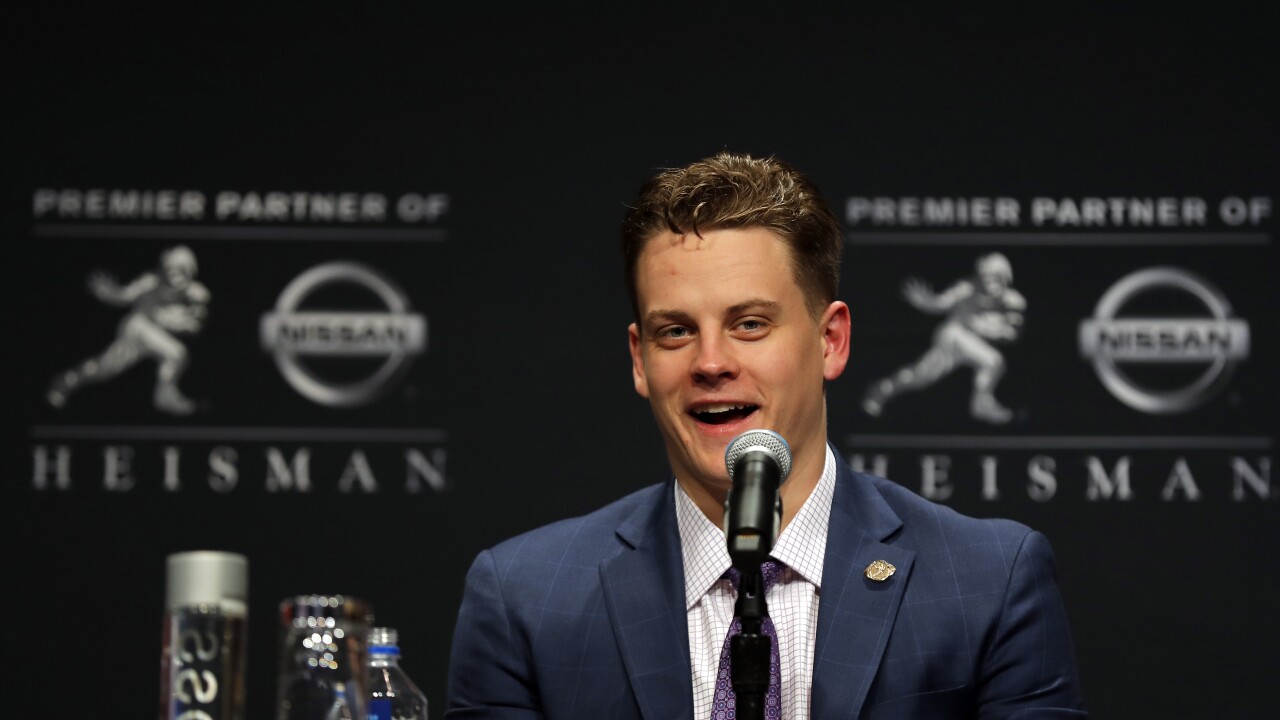 CINCINNATI - While the consensus is the Bengals are sold on picking Joe Burrow and aren’t listening to trade offers for the No. 1 pick, that doesn’t mean Dolphins owner Stephen Ross won’t keep trying until the pick is in Thursday night.

The Dolphins have three first-round picks and two second-rounders, and Ross desperately wants the former LSU quarterback, according to ProFootballTalk.

The Dolphins were working hard to get the third overall pick from the Lions without giving up their fifth overall pick so they could trade both picks to the Bengals for their No. 1, PFT reported Thursday.

“The Bengals never even entertained any options," Schefter said.

"Sources say the Bengals want to wait until they are on the clock to make it official with Burrow," Russini tweeted. "Cincy wants to give the #1 overall pick that moment to get the call from the team on draft night."

Bengals head coach Zac Taylor was still being coy but told Mike Greenberg of ESPN that "we feel very comfortable with Joe Burrow as a prospect."

"We’ve talked to a lot of guys but certainly formed a really good relationship with Joe and been real impressed with everything we’ve seen from him,” Taylor said. "He’s as advertised – all the things you’ve heard about him."

The Bengals could pick Burrow and then trade him, but nobody expects them to do that.

As the No. 1 pick, Burrow would earn $37.2 million over a four-year deal, including a $24.6 million signing bonus and a fifth-year team option, according to SpoTrac. Per the league’s rookie wage scale, salaries are set in advance and descend with draft order.