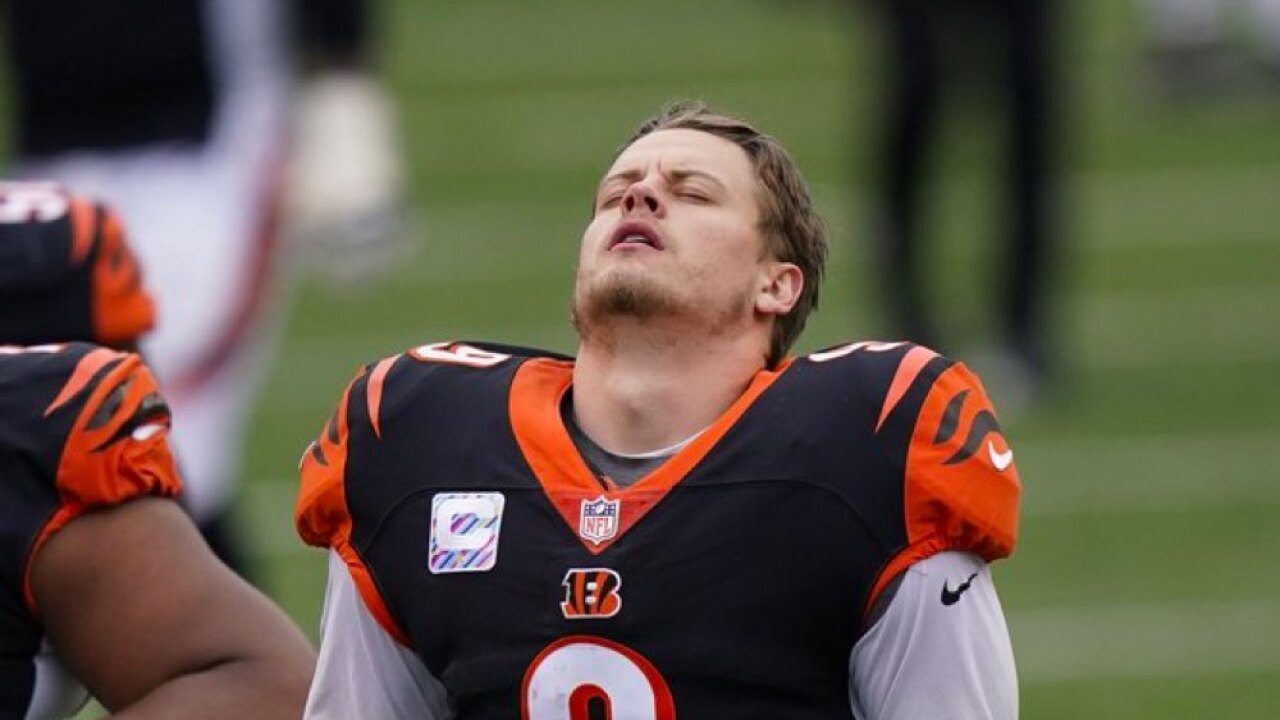 The Bengals lost another close one on Sunday to the Cleveland Browns because again they couldn’t protect a lead and finish. It was another crusher for Cincinnati (1-5-1).

After Burrow threw a 3-yard scoring pass to Giovani Bernard on fourth-and-1 to give the Bengals a 34-31 lead with 1:06 left, the defense couldn’t slow down Baker Mayfield. The Cleveland quarterback completed four straight passes on the last drive, finishing with a 24-yard scoring toss to Donovan Peoples-Jones with 15 seconds on the clock.

“It hurt a lot, and I hate the situation, because I know we did everything we could do,” said Cincinnati receiver Tyler Boyd, who had 11 catches for 101 yards and touchdown.

“We scored every single possession the second half,” he added. “We did what we had to do. The defense I thought played a good game. All we needed was one stop. What I continue to preach, it’s the National Football League and it’s always going to come down to one possession and either you score or get a stop.”

Last Sunday the Bengals led 21-0 in the second quarter but allowed Philip Rivers and the Colts to rally and lost 37-21. In Week 3, Cincinnati had to settle for a tie with the Philadelphia Eagles after giving up a late touchdown. And three of the other four losses were by a combined 12 points.

Including last season, they are 1-12-1 in games decided by eight or less.

The Bengals talk about how they’re going to do better and turn the season around, but it’s getting late for second-year coach Zac Taylor. The injury-plagued defense has been on the spot all season.

“It’s obviously an emotional locker room for the right reasons,” Taylor said after Sunday’s loss. “We’re gonna stick together and get through this. There’s much better days ahead.”

It’s not going to get easier any time soon. The Bengals host the AFC South-leading Tennessee Titans next week, then have to go play the Steelers in Pittsburgh.

Burrow has been a bright spot for Cincinnati and provided some hope for the future. The 2020 first overall draft pick hit 35 of 47 passes for a season-high 406 yards and three touchdowns Sunday. It was his fifth game with 300 or more yards passing this season.

“We were dicing them up the whole game,” Boyd said. “They couldn’t stop us regardless of what we were doing. Everything we were calling was working. We took a hard loss and the offense played unbelievable, and I believe that in the defense as well, we just have to figure out a way to get one final stop or one more score.”