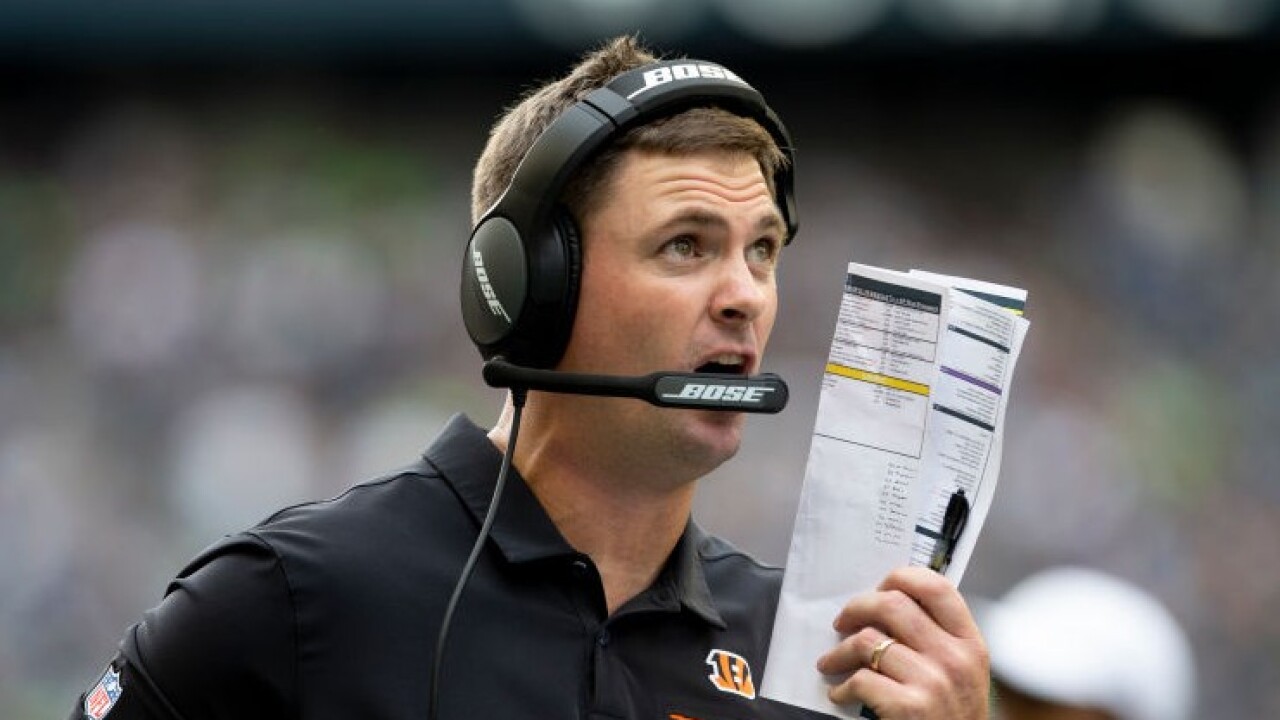 PITTSBURGH — The Bengals have no shortage of motivation to come out with their first victory of the season Monday night.

For one thing, it’s their only prime-time game. The Steelers have five.

”Monday Night Football, everybody's watching,” said running back Joe Mixon. “All eyes on us. We're the only show.”

"It's the game when you're a little kid, you beg your parents to stay up so you can watch the game,” said head coach Zac Taylor.

For another thing, it’s the hated Steelers.

For the record, the Bengals haven't beaten the Steelers since 2015. Pittsburgh has won the last seven matchups.

“We know the importance of this game and every year it's been important regardless of who's on the other side,” Dalton said.

This year it's not so much who's there as who isn't there.

Quarterback Ben Roethlisberger is injured and gone for the season. Second-year player Mason Rudolph is taking his place.

“There's a lot of different players,” Hubbard noted. “They don't have Le’Veon Bell, Antonio Brown … a lot of news faces out there, but I think it's still the same rivalry."

If you think the Steelers aren't the Steelers anymore, Taylor says you're wrong. Even without Big Ben, their offense can be very explosive, and their defense has always been their calling card.

“They pride themselves on their physicality and being tough and taking the fight to the offense,” Taylor said. "That still doesn't change. They're big up front. Their guys have strong hands. They're powerful.”

The final way to approach tonight's game is where these two teams stand – winless.

Tonight’s game should be tight, so what must the Bengals do to win?

“I'd just say the consistency,” Taylor said. “That's just what our team has lacked in each of the games. Consistency from drive to drive, half to half. That’s really what has been missing and that equals zero wins up to this point.”

This is the 11th time that the Bengals and the Steelers have met on Monday Night Football. The Steelers hold a 7-3 record.