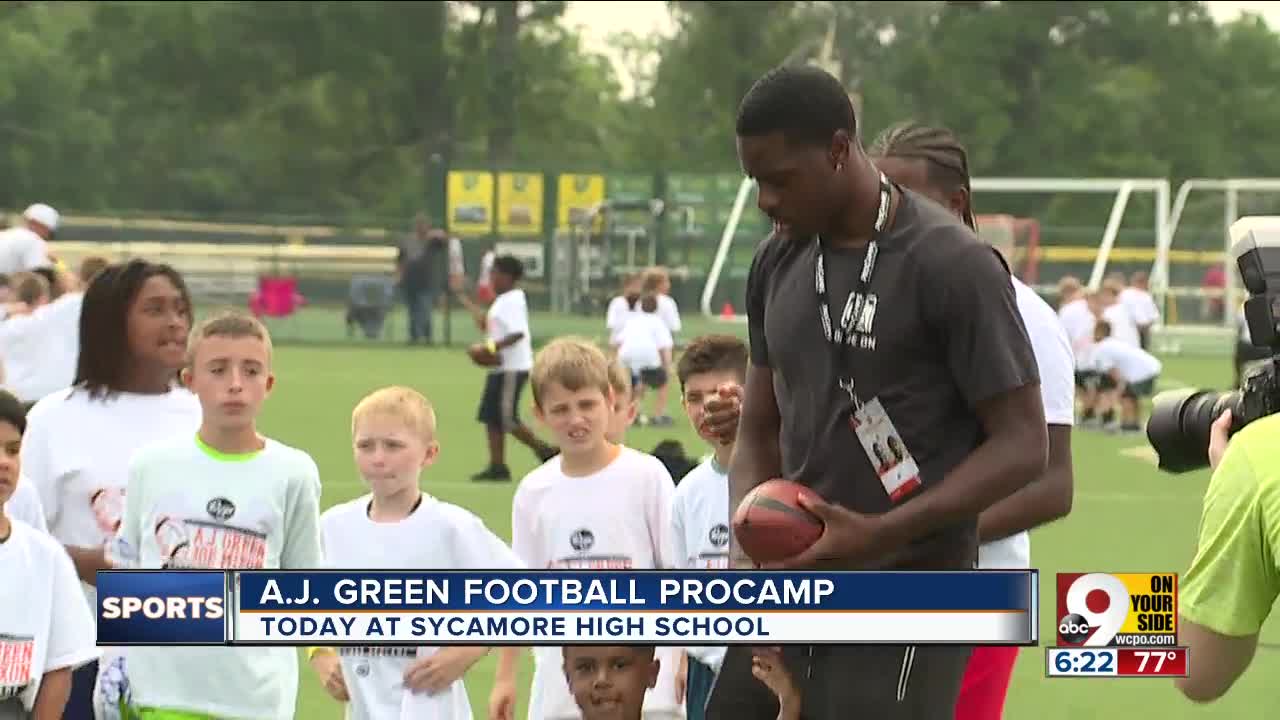 A.J . Green held his annual football camp in Cincinnati Friday, buit for the first year, his 3-year-old som tagged along. 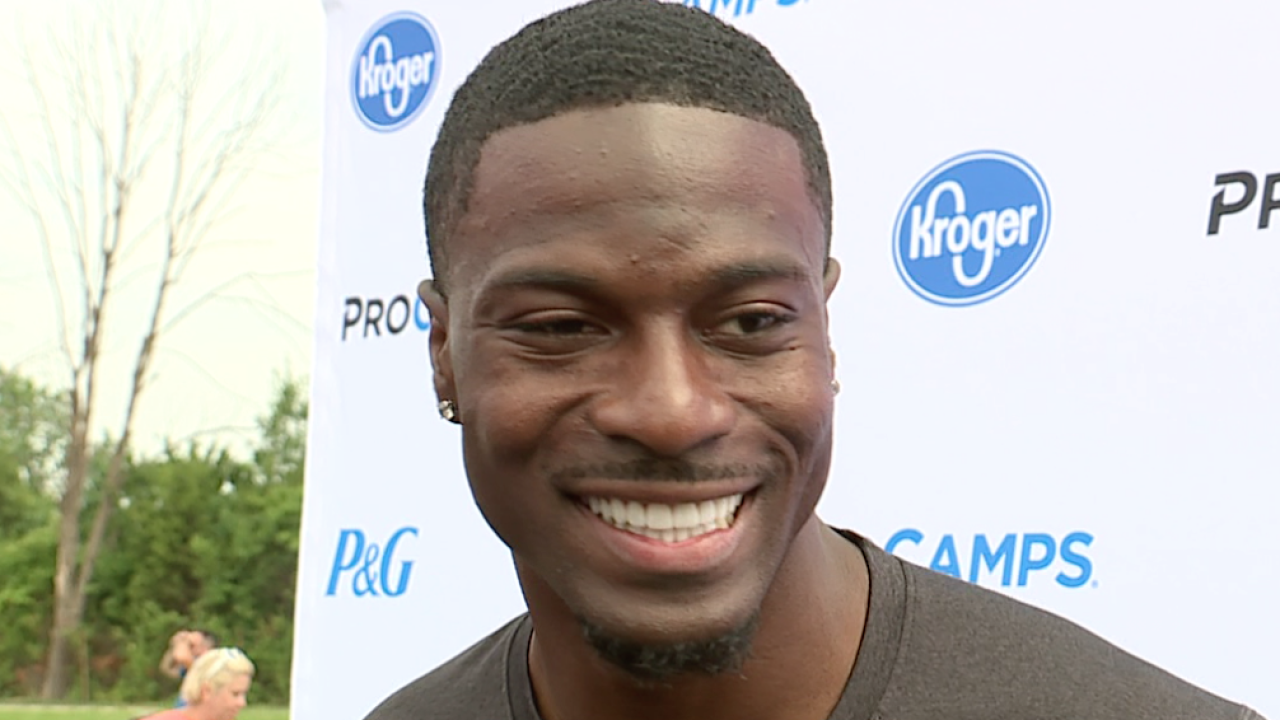 CINCINNATI — A.J. Green gave Bengals fans hope for 2019 and beyond on Friday.

The team’s star wide receiver seemed to put to rest the notion that he doesn’t want to return to the Bengals after his contract runs out following the 2019 season.

And he said he’s been given the green light to participate in training camp after off-season toe surgery.

“Cincinnati is home for me,” Green said during a break in his annual football camp for kids at Sycamore High School.

“All I know is Cincinnati. I can't see myself playing anywhere else,” said Green, who’s entering his ninth NFL season – all with the Bengals. “Hopefully I can be here for a couple more years, but we’ll see on that part.”

Mike Brown has promised to work out a new deal with Green before his four-year, $60 million extension runs out. If that doesn’t happen, Green would be a free agent in 2020 unless the Bengals hit him with the franchise tag.

Green said his personal goal for 2019 is to “stay healthy.” He missed seven games in 2018 with a torn toe ligament.

“I just got cleared today and I’ll be ready for training camp. I need to stay healthy, stay on the field,” said Green, who turns 31 next month.

“I hope our team can stay healthy because if we stay healthy, we’re going to be real good.”

The Bengals are coming off two losing seasons and have a new head coach, Zac Taylor, who was quarterback coach for the Rams.

For the first time, Green brought his son Ace to his camp and Ace followed his dad closely wherever he went.

Ace is going to be 3 years old in September.

“It’s a dream come true just to have him here,” Green said.