Honeymoon over: Bengals back to drawing board after rout 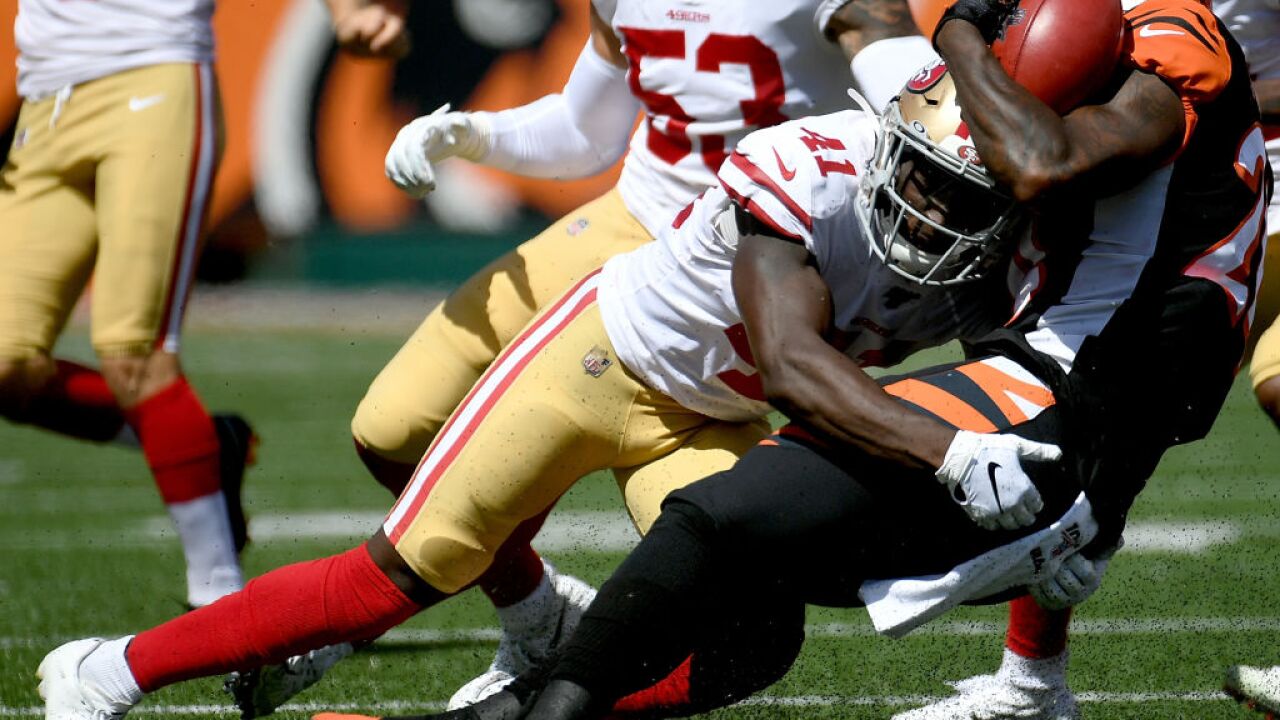 CINCINNATI – The Bengals came out of last week’s loss at Seattle feeling pretty good about themselves. All that positivity faded emphatically on Sunday afternoon.

A Bengals’ defense that showed signs against the Seahawks of being much improved from last year’s unit which ranked last in the NFL in yards allowed, didn’t appear much different on Sunday while allowing 572 total yards, fifth-most in franchise history.

A Bengals’ offense that was able to mask inefficiencies on the offensive line with an efficient up-tempo, quick passing scheme, looked disjointed on Sunday, with Andy Dalton completing 62 percent of his passes while being sacked four times with no semblance of a running game to provide him support.

“That’s a loss we have to own,” sad Bengals head coach Zac Taylor, of the 41-17 defeat. “This is not something we’re going to run from. We got blown out at home. We didn’t see that coming. It’s on all of us. Nobody can look at themselves and say they did their job.”

Aside from a few wrinkles, the Bengals insist the 49ers didn’t show anything on offense that they didn’t expect, which hardly explains the amount of space Niners receivers and running backs had to work with on Sunday.

With a rushing attack that averaged 6.5 yards per carry, the 49ers did anything they wanted to in the passing game; play-action screens, dump passes, a few trick plays. And the Bengals seemed powerless to stop them. Through three quarters, the Niners were averaging nearly 10 yards per play.

“When they can run the ball on first and second down, then it opens up all the play action screens, their nakeds (bootlegs), all the things they do that keep you on your heels,” Taylor said. “When they can play with a lead, they’re a tough team to beat, and we gave them a lead.”

The Bengals began Sunday’s game with a holding penalty on the opening kickoff, a Dalton sack, and a Joe Mixon fumble that was recovered. The result was a punt and good field position for the Niners who cashed in when Jimmy Garoppolo found wide receiver Marquise Goodwin about 15 yards from the nearest Bengals defender for a 38-yard touchdown.

“They got us a little rattled today,” said Bengals cornerback Dre Kirkpatrick. “They ran a lot of trick plays, misdirection plays, things we have to work on, obviously. We’re going to go back and look at film and see what we can improve on Everything they did, we’ve seen before. We just have to take a look in our mirror at ourselves. They took it to us. We’ve got to own it.”

The Bengals (0-2) answered with a 9-play, 69-yard drive capped by Dalton’s 1-yard TD pass to tight end Tyler Eifert. But that was about all the offense would muster until John Ross caught a 66-yard TD from Dalton with 45 seconds left in the game.

“Poor,” said Dalton, when asked to describe the team’s performance. “It’s not the team we have. It’s not what we wanted to show today. They had control of the game from the beginning.”

The 49ers outgained the Bengals 135 to 68 on the first quarter and were averaging nearly 10 yards per play heading into the fourth. Through three quarters, the Niners faced third down only six times, and converted four of them.

Bengals linebacker Preston Brown said the Niners ran the same five plays, but they still failed to stop them.

“They had a good script,” said Kirkpatrick. “They had us schemed up pretty good.”

It looked a whole lot like the Bengals defense that allowed 500 or more yards in three straight games last season. That Bengals defense ranked last in pass defense, 29th against the rush, and 30th in points allowed.

“We felt like we were prepared,” Taylor said on Sunday. “We just have to learn from this.”

In the NFL, the scouting report on teams is a work in progress. What they see from a team this week, is more fodder for the next. The Bengals’ next two games are on the road at Buffalo and Pittsburgh. The tape on Sunday’s blowout already is making the rounds: How to Exploit the Bengals 101.

“We’re going to see this (stuff) every week, until we stop it,” Kirkpatrick said. “You know how this league goes. It’s a copycat league. They’re going to try to run the ball down our throat, and try all kinds of trick plays.”

It is rare in the NFL to derive as much encouragement from a loss as the Bengals did last week, but it seemed justified. They limited the Seahawks to 233 total yards while sacking Russell Wilson four times. Dalton passed for 418 yards and two TDs. A few missed chances in the red zone were the difference in a 21-20 loss.

If last week gave a glimmer of hope for a defensive turnaround this season under new defensive coordinator Lou Anarumo, Sunday offered nothing but skepticism.

“We just have to do better,” Bengals cornerback William Jackson. “Last week we played well, but we needed this loss to humble us. We just have to go in and watch film. We’ll know more tomorrow about what we need to work on.”

Whatever adjustments the Bengals made defensively at halftime on Sunday were not apparent as the 49ers drove 75 yards in seven plays on their opening possession of the second half to increase their lead to 31-10. San Francisco had 222 yards in the third quarter. The Bengals gained eight. Game over.

The honeymoon for Taylor and his coaching staff, if there was one, now is over. In the second half of Sunday’s game, the all-too familiar sound of boos cascaded throughout Paul Brown Stadium.

“I’ve never understood booing, I don’t know what that accomplishes,” Dalton said. “But at the end of the day, we have to play better and give them something to cheer for.”