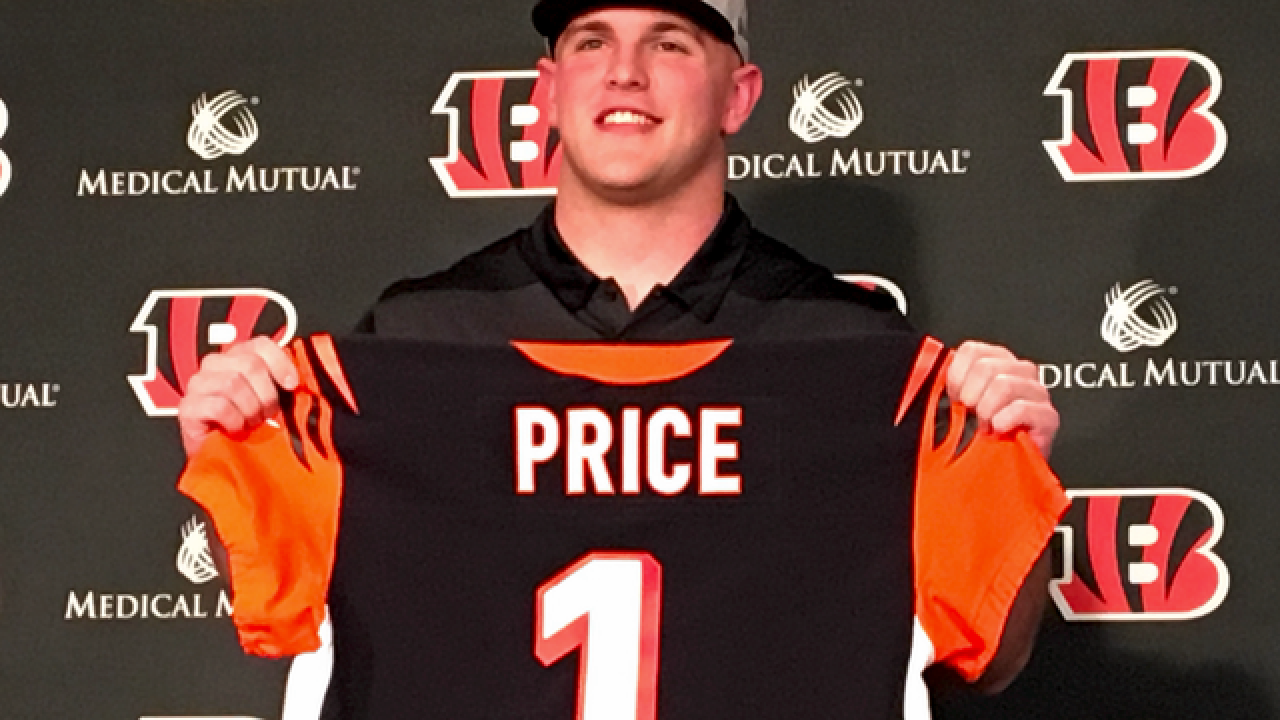 CINCINNATI — The Cincinnati Bengals insist having the No. 1 pick in the draft isn’t any more pressure than usual.

At the same time, they are counting on that player to make an impact and help grow the culture the organization is trying to establish, according to second-year coach Zac Taylor.

The Bengals suffered through a 2-14 season and four straight years without a playoff appearance, and now draft position will play a big part in rebuilding. Hitting with the first pick — most notably a game-changing quarterback — could be the difference in ushering in a “New Dey,” the motto the team took on last year while rebranding under Taylor.

Cincinnati kicks off the NFL Draft on Thursday and will pick first in all seven rounds over the three-day event, which will be conducted virtually because of the COVID-19 pandemic.

“I think it's exciting,” Taylor said. “You believe that you're getting the best player in the draft. And so, I've said many times, I don't like the process of how we got here, but now that we're here, it's a good position to be in because nothing can alter who you want to go get. If you want to get him, you go get him. And it's somebody that you believe is going to be with your franchise for a long time, so we put a lot of work into it. We know we're going to get it right. And I wouldn't say (there’s) any pressure. We've done the work. You pick the player that you believe in and let the rest go from there.”

Last year’s selection at No. 11 overall, left tackle Jonah Williams, missed the season with a torn labrum. That means Bengals fans have yet to see how a Taylor-shaped first-round pick can make an impact. However, Cincinnati’s draft history before that doesn’t inspire much confidence in the organization’s scouting department.

Cincinnati really hasn’t gotten much production out of its last five first-round picks. Former Ohio State center Billy Price, who was taken at No. 21 overall in 2018, found himself playing a backup role in 2019; the No. 9 pick in 2017, wide receiver John Ross, has yet to get through a full season uninjured. Ross had seven touchdowns on 21 receptions in 2018, but after a strong start last year, he was limited to 11 games because of injury and finished with 28 catches for 506 yards.

Even cornerback William Jackson, who was picked at No. 24 in 2016 and showed promise early on, seemed to take a step backward last year. He has been inconsistent and could be on the hot seat with three new cornerbacks signed in free agency.

The Bengals’ most notable misfire in recent history was 2015 first-rounder Cedric Ogbuehi, who never lived up to the potential he showed as a “high upside” pick. The offensive tackle got off to a slow start because of an ACL tear before the draft, which limited him to five games as a rookie. But after 25 unimpressive starts the next two years, he was sent back to the bench and ended up leaving in free agency after making just two appearances in 2018.

"Every team has its misses,” said Bengals director of player personnel Duke Tobin during an interview at the NFL Combine in February. “Cedric worked hard for us. He came in injured so that set him back a little bit. When you do that, you have find other answers. When you don't solve it in the draft you look for different answers and try to piece it together. There's certainly a lack of really good offensive linemen in our league and every other league. It goes from college to the NFL to the XFL; there just aren't enough big athletes who are football players. So you have to make it work with some lesser guys.”

Perhaps this year will be different with projected No. 1 pick Joe Burrow. The Heisman Trophy-winning quarterback threw for 5,671 yards and 60 touchdowns with just six interceptions while leading LSU to the national championship this past season.

The Bengals have avoided discussing individual prospects, but Burrow is the near-unanimous No. 1 pick among NFL experts’ mock drafts.

“We just talk about the traits that we look for in our quarterbacks, guys that elevate those around them, guys that have a history of winning a lot of football games,” Taylor said. “And so, if you're ever going to take a quarterback at No. 1, those are traits that they have to have. And so, again, all the guys that we've talked to and researched throughout this draft, we've made sure that they fit the bill in that regard, and you get comfortable with whatever decisions are made.”

Taylor said the Bengals finalized their draft preparations Monday for the most part, but he would not comment on whether they already have begun negotiations with their planned No. 1 pick. Cincinnati just hopes the advantage of draft positioning pays off in the end.

“You never want to be picking here ever again,” Taylor said. “You put in a ton of work to make sure it’s the right player who performs the right way on the field, has all the attributes you’re looking for and off the field as well. Again, a lot of homework has gone into it. We talked to a lot of players and feel very comfortable about where we are at for Thursday night. It’s one that you have to have a lot of conviction to stand on the table and take the player. That’s the way we feel.”