Fay: How do you make a bad offense worse? Bengals found a way 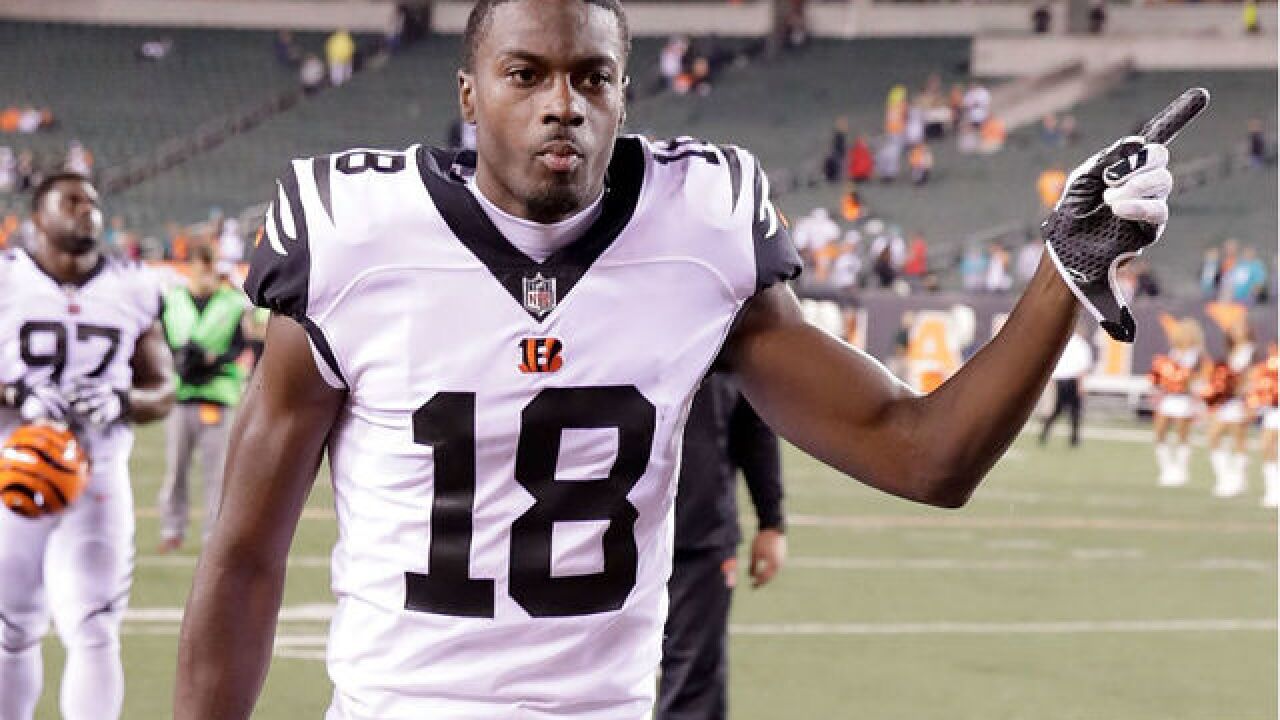 CINCINNATI — The last minute of the first half in Jacksonville was classic Bengals.

They hold Jacksonville to a field goal to keep it a one-score game. You think, "Hey, maybe they’ve got a chance to pull this thing out."

Five seconds of clock time later, A.J. Green loses his mind for a minute and gets ejected. And now you think, "This is going to get ugly."

The Bengals have a knack of finding novel ways to disappoint and frustrate their fan base. If you had a list of things that might go wrong in Jacksonville, an A.J. Green meltdown would not have made the top 100.

For what it's worth, Green showed remorse in his comments to reporters in Jacksonville after the game.

“As a player, as a man, and a father, that’s a reflection of me. I should have walked off in that whole situation," he said. "I definitely learned from this experience. It’s never going to happen again. I regret my actions. Whatever the punishment, I accept it. I put myself in that situation.”

The Bengals likely would have lost whether Green was ejected or not, but his absence made a bad offense worse. It ended up 23-7, but it felt like 43-7.

The problems were the same ones we’ve been talking about week after week. The offensive line is a train wreck; that means no running game (they averaged 1.7 yards on 17 carries). So when the Bengals get behind, Andy Dalton’s life is in danger. Green is a saving grace for the Bengals' weak offense and his absence did not go unnoticed.

The defense -- despite only giving up 16 points Sunday -- was not very good. The Jags were 12 for 18 on third-down conversions.

The rest of the season is looking pretty hopeless.

The last chance to really address the offensive line was at last week’s trade deadline. The team never really rectified the offensive line's major losses of Andrew Whitworth and Kevin Zeitler. There were opportunities to beef up the line, but adding Andre Smith in free agency and a center with your eighth pick is not addressing the line.

There's hope in the draft -- but it’s pretty sad when you start thinking about the draft with nine games remaining.

Carl Lindner III would not comment on a big story about FC Cincinnati trying to land a MLS team, saying he was "too busy" with his other business.

Bad move in my estimation. One of the mistakes his late father, Carl Jr., made when he owned the Reds was leaving all media duties to others. Bob Castellini made a conscious effort to reverse that when he bought the team. It’s served Castellini well -- fans like to hear from the guy writing the checks.

Pause on the replay

I covered the La Salle-Harrison game Friday night. It was over in 2.5 hours, despite 17 penalties being called. Had it been a college game, it would have gone four hours because of replay.

It got me thinking: The NCAA has to limit replay. You don’t have to look at every play that could have gone either way. Four-hour games are excruciating.

Big one for UC

Pulling that game out at Tulane was huge for UC.

Luke Fickell is Mr. Positive. Loss after loss can bring any team down, thus the Mardi Gras-like celebration after beating Tulane in New Orleans.

"For myself it's one thing, but for those guys in that locker room, the euphoria ... this is what you do it for," Fickell told reporters afterward. "The joy and the thrills of that right there, that brotherhood, that you finally see some reward for the things that you've done, the sacrifices that you've made. We're definitely going to enjoy it."

Fickell will get it turned around.

Can't with them all

All you Ohio State fans out there are hurting after the debacle in Iowa. But you can’t expect to be in the BCS Final Four every year, can you?