Even with Andrew Luck back, Colts may need more than luck to protect QB against Bengals 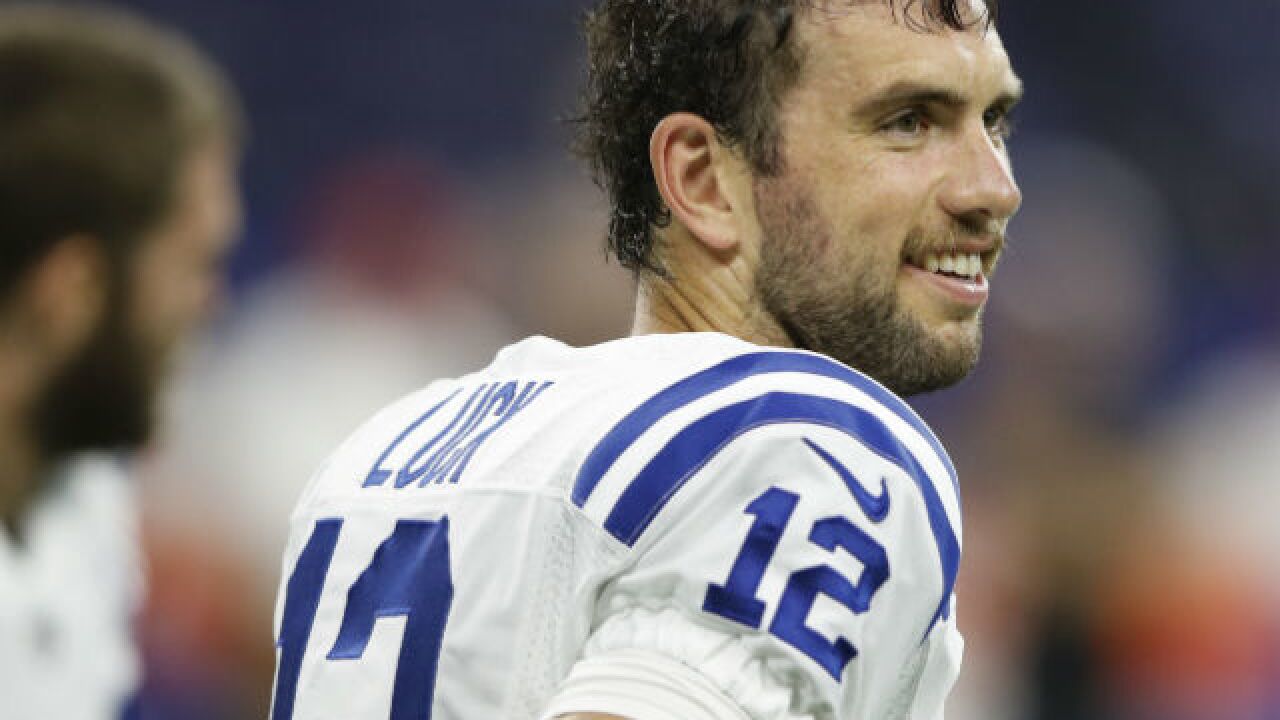 Image copyright 2018 Getty Images. All rights reserved. This material may not be published, broadcast, rewritten, or redistributed.
<p>INDIANAPOLIS, IN - AUGUST 20: Andrew Luck #12 of the Indianapolis Colts looks on before a preseason game against the Baltimore Ravens at Lucas Oil Stadium on August 20, 2018 in Indianapolis, Indiana. (Photo by Joe Robbins/Getty Images)</p>

So with Luck making his first start in more than 20 months, the Bengals hope to make life miserable as the Colts quarterback re-acclimates himself to regular-season life in the NFL.

"My biggest concern, they have a really good front seven," Luck said. "It's always a tough defense. Geno Atkins is a heck of a player, (Carlos) Dunlap on the edge, got guys that can cover. So it's always a challenge."

Circumstances could make this season opener even more challenging for Indy.

Longtime left tackle Anthony Castonzo missed the entire preseason with a hamstring injury and was limited in practice earlier this week. Denzelle Good, who appeared to be the favorite at right tackle, hasn't played since hurting his left knee in the third preseason game.

Then there's rookie left guard Quenton Nelson, the No. 6 pick. He's likely to draw the assignment on Atkins, and there's no assurance second-year running back Marlon Mack will return from a hamstring injury that has kept him off the field since the preseason opener. If Mack can't play, rookies Jordan Wilkins and Nyheim Hines may be asked to help protect Luck, one of the league's highest-paid players.

No, it's not an ideal start for a quarterback who missed the 2017 season while recovering from surgery on his throwing shoulder.

But the Colts may not have a choice.

"We will do everything we can do to neutralize the pass rush — no matter what five guys are up front," new coach Frank Reich said. "And that will be No. 1 on the pass game agenda each week: How do you protect the passer?"

The Bengals have other concerns after losing eight straight in Indy.

They're expecting to face a crowd eager to welcome back Luck and capable of making enough noise to slow down the pass rushers.

"I think everybody there is going to be excited," Bengals coach Marvin Lewis said. "We know the kind of player that he is. I guess if you're going to play Andrew Luck, you'd rather be playing him now than Week 12."

The Bengals debut their redesigned offense under coordinator Bill Lazor after giving a few previews during the preseason. They made more of an effort to get big plays, something missing last season. Andy Dalton looked comfortable with the new playbook in his limited preseason time, completing 71 percent of his passes with four touchdowns, one interception — the receiver fell on his route — and a passer rating of 130.9.

"I feel real comfortable with the way I played," Dalton said.

Expect more of the same this season in Indy.

The Colts signed free agent Eric Ebron, Detroit's first-round pick in 2014, to help stretch the field as Pro Bowler Jack Doyle continues to exploit the middle. Indy also has former basketball player Eric Swoope and Ryan Hewitt, a former Bengal, on the roster. And all four could play Sunday.

The offensive line was the biggest issue in Cincinnati's offense finishing last in the league in 2017.

There's only one returning starter — left guard Clint Boling — as the unit's been overhauled.

Adam Vinatieri's 23rd NFL season could be the most remarkable of his career.

How has he done it? By keeping things in perspective.

For the fourth straight season, the Bengals will be without linebacker Vontaze Burfict at the outset.

He missed the first six games of 2015 while recovering from a knee injury and has been suspended for the start of each of the past three.

This time, Burfict will miss the first four games for violating the NFL's policy on performance-enhancers.