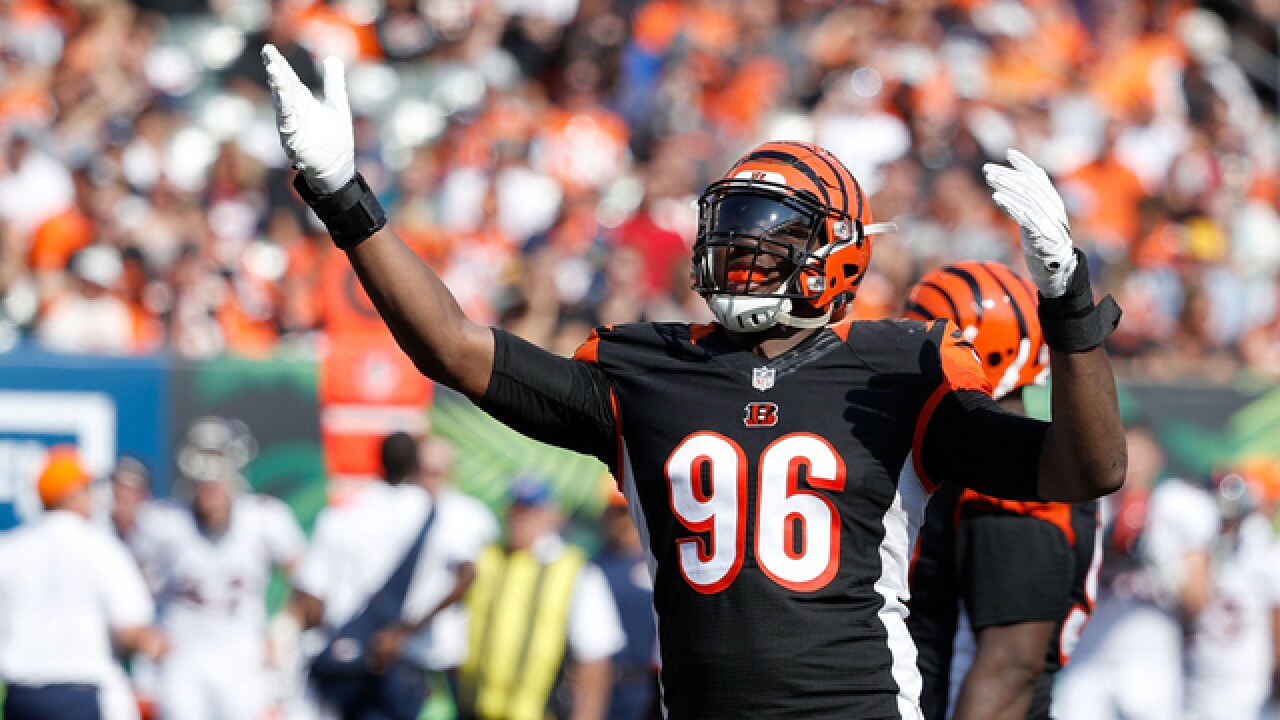 Joe Robbins
<p>CINCINNATI, OH - SEPTEMBER 25: Carlos Dunlap #96 of the Cincinnati Bengals celebrates after a defensive stop during the third quarter of the game against the Denver Broncos at Paul Brown Stadium on September 25, 2016 in Cincinnati, Ohio. (Photo by Joe Robbins/Getty Images)</p>

CINCINNATI — After being told to stay home Wednesday morning, Bengals defensive end Carlos Dunlap has been traded to the Seattle Seahawks.

In a statement released by the team Wednesday evening, Dunlap was traded for a seventh-round pick in the 2021 draft and offensive lineman B.J. Finney.

“We’re excited to get Finney in the building here,” said Bengals head coach Zac Taylor in a media release. “We’ve watched him play over the years from afar, and we like what we’re adding to the offensive line with him. He has good veteran experience and provides us with needed versatility.”

Dunlap has been with the Bengals since he was drafted in the second round in 2010. He has recently been vocal about his displeasure with the team since he was demoted from his starting position on the defensive line, going so far as to tweet that he was listing his house for sale before deleting the tweet.

According to WCPO partner the Journal-News, Bengals coach Zac Taylor said Monday the staff preferred to keep conversations with Dunlap internal. Dunlap was under contract through 2021 and making about $13.55 million a year.

“Carlos had many fine seasons here and showed rare physical talent that took him to multiple Pro Bowls,” said Bengals President Mike Brown in the release. “I will always remember the role he played as a key part of exceptional defenses that we rode to the playoffs year after year. There are a lot of fond memories I have of Carlos, and I wish him well.”