Cincinnati Bengals TE C.J. Uzomah out for season after injury 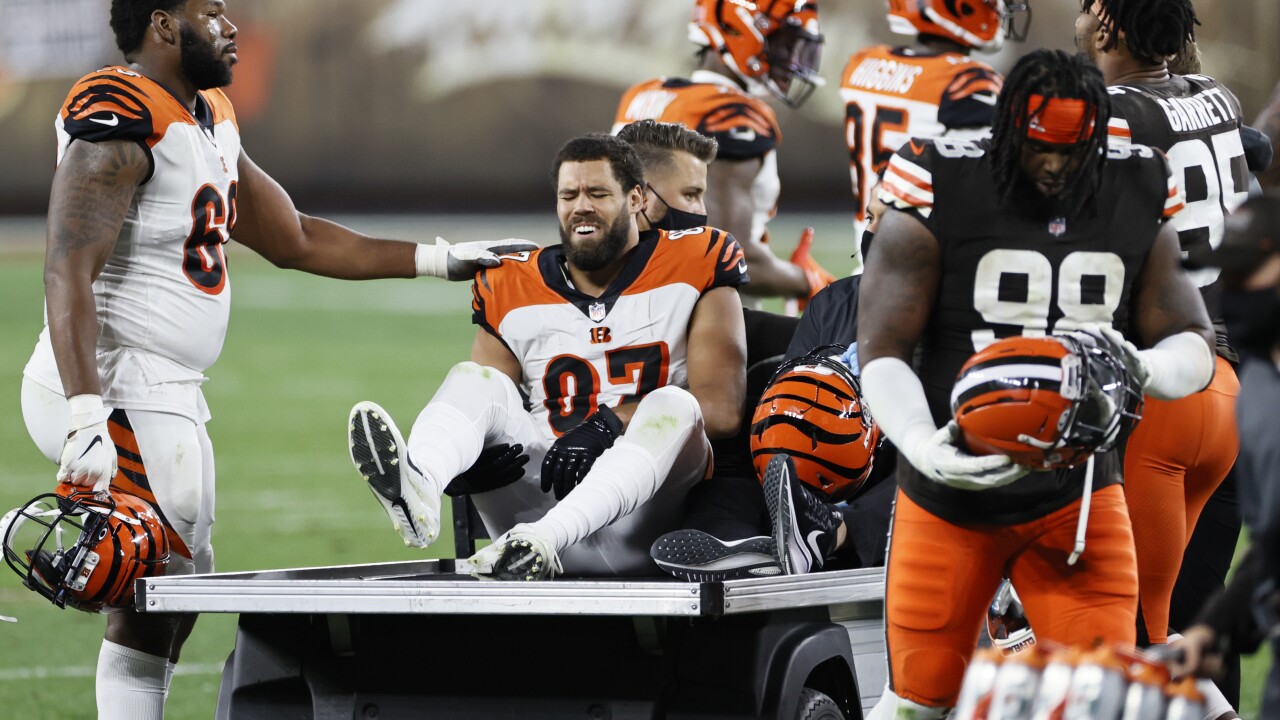 Ron Schwane/AP
Cincinnati Bengals tight end C.J. Uzomah (87) is driven off the field after an injury during the second half of an NFL football game against the Cleveland Browns, Thursday, Sept. 17, 2020, in Cleveland. (AP Photo/Ron Schwane)

Bad news for the Cincinnati Bengals.

Tight end C.J. Uzomah is out for the season after he tore his Achilles tendon in the Bengals' 35-30 loss to the Cleveland Browns Thursday night, Bengals coach Zac Taylor said.

Uzomah was injured in the last ten minutes of the game after catching a pass, ESPN reported.

The tight end was one of quarterback Joe Burrow's most effective receivers; he had four catches for 42 yards and caught Burrow's first passing touchdown in the NFL, according to ESPN.

On Friday, the Bengals signed up Mason Schreck from the Bengals' practice squad. The 6-foot-5, 252-pound tight end is a third-year player out of the University of Buffalo. He was the Bengals' seventh-round draft pick in 2017 and has played in eight career games (no statistics).